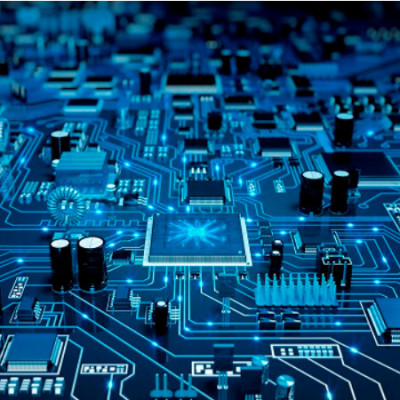 Brigitte Lamers defended her PhD thesis on the interplay of phase segregation and supramolecular interactions.The self-organization of molecular components into hierarchically ordered nanostructures is an essential part for the development of new materials in emerging nanotechnologies and sustainable plastics. Brigitte Lamers investigated the complex interplay between molecular driving forces for bulk assembly to find structure-property relationships in the area that merges block copolymers and liquid crystals. She defended her PhD on June 23rd.

The function and macroscopic properties of most materials surrounding us is strongly related to its micro- or nanostructure which is formed by favorable or unfavorable interactions between the molecules it is composed of. Examples are plastics, composed of polymers in which the packing between the polymer strands is determined by the interaction between the strands which overall, determines the materials macroscopic properties.

Polymers can also be used in novel nanotechnologies in which top-down lithography and bottom-up assembly are combined to obtain highly organized line or dotted patterns which can be used for the development of electronic chips. Herein, the interactions that govern the self-assembly of the block copolymers determine the final nanostructured morphology.

Hence, an understanding of the relation between molecular structure, nanostructure and macroscopic properties is paramount to create new materials for a sustainable future in which we can store the amount of data that is produced nowadays and keep our oceans clean with novel plastics that are easily recyclable.

In order to understand the structure-property relationships, it is key to use discrete molecules to exclude the dispersity effects, known in polymers. These dispersity effects hamper the formation of a highly ordered nanostructure by block copolymers and cause an insecurity to determine where the properties of the material come from as each polymer strand has its own macroscopic property. Therefore, Brigitte Lamers used discrete block co-oligomers to study their self-assembly into hierarchically organized nanostructures.

Lamers investigated the structure to property relationships of discrete block co-oligomers of which one of the two blocks is composed of discrete length oligodimethylsiloxane. The siloxane is highly incompatible with many other oligomers or molecules which we attach to the oligomer. The unfavorable interaction causes phase-segregation to occur which we exploit for the confined self-assembly of the block co-oligomers.

Within the phase-segregated state, the molecule or oligomer that is covalently attached to the siloxane can assemble into one-dimensional (1D) or two-dimensional (2D) nanostructures by non-covalent, supramolecular interactions or crystallization, respectively. The confined assembly results in highly organized nanostructures with extremely sharp boundaries between the phases, important for lithography purposes. Moreover, phase-transitions are extremely sharp allowing for the development of thermoresponsive sensors.

In contrast, the crystallization or self-assembly of the molecule attached to the siloxane can also compete with the phase-segregation induced by the siloxane. This causes defects in the nanostructured morphology which may originate from an imbalance in diffusion and crystallization kinetics or destabilization of the 3D crystal structure.

The pathway selection in this complex interplay of interactions is very sensitive and can be altered by small variations in molecular structure. Lamers found that such changes can introduce a macroscopic change of the material properties. She also altered the block co-oligomer architecture which gave striking differences in nanostructural ordering. Although both materials were composed of the same components, she obtained a brittle, crystalline material and a ductile plastic.

Moreover, she has shown that the connectivity of the end-blocks in a multicomponent material matters for the order in the co-assembly. The directional interactions in the multicomponent assembly cause the formation of the ordered nanostructure which made the material useful for soft nano-electronics. These examples emphasize the influence of the molecular structure and nanostructure on the materials properties.