Unsinkable Metal Films Can ‘Jump’ out of Water 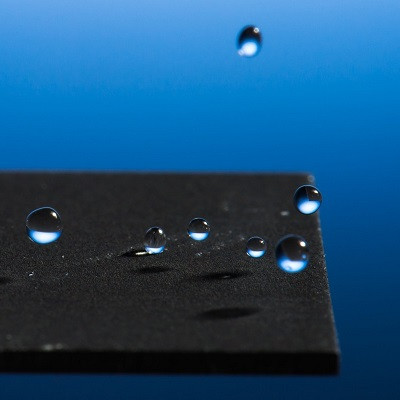 STAINLESS steel foil that normally sinks in water has been made so water-repellent that not only is it unsinkable, it appears to defy gravity by jumping out of water too.

Jiann Shieh at the National United University in Taiwan and his team chanced on the phenomenon after coating stainless steel foils thinner than a human hair with extremely water-repellent nanowires. These silica wires were grown on the steel wafers and then treated with a silicon-containing chemical called silane, which made them incredibly water-repellent.

“When we clearly saw the foil jumping out of the water after submerging it, we felt that something interesting had been discovered,” says Shieh.

Usually an external force is needed for a thing that isn’t alive to breach water because gravity must be overcome, as must surface tension, an elastic membrane caused by water molecules bunching tightly together at the surface where they meet air.

The team found that the source of the foil’s power was the energy in surface tension, which is harvested by the nanowire coating. When the group placed the foil underwater using tweezers, it floated back up, and when it touched the surface of the water, the water-repellent wires propelled the metal into the air (iScience).

“A jumping motion that comes from the unsinkable metal converting water surface energy into motion is fascinating,” says Chunlei Guo at the University of Rochester in New York, whose lab first made such metals in 2019.

Shieh’s team says this reveals for the first time that power can be generated from water’s surface like this. This could open new ways to separate and recycle metals in liquid, or help design small robots that can exit water, he says.