How Nanotechnology Can Flick the Immunity Switch 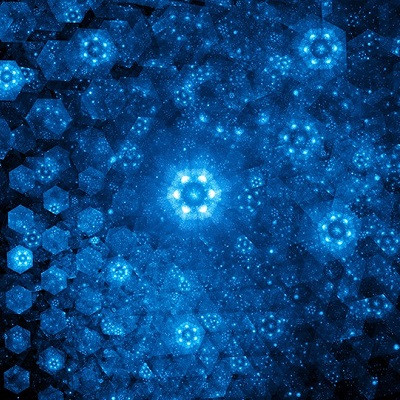 Ever since 1796, when English scientist and physician Edward Jenner successfully inoculated an eight-year-old boy with cowpox to protect him from smallpox, vaccines have been a key tool for preventing disease. From smallpox to polio, diphtheria to COVID-19, vaccines have prevented more deaths from infectious disease than any other medical treatment.

But the concept of vaccinating against disease is evolving beyond the original goal of training the immune system to be ready to fight off infectious pathogens. Nanotechnology is helping to reinvent vaccines, and use them to target cancer, as well as a host of autoimmune conditions including multiple sclerosis, type 1 diabetes and even food allergies.

Ten years ago, Jeffrey Hubbell, a chemical engineer, was working with nanomaterials for cancer-drug delivery when he saw that these materials tended to get filtered into the lymph nodes, which contain immune cells. “We thought if these can drain to lymph nodes, we should be able to engineer them to be immunologically active to control what goes on in [the nodes],” says Hubbell, from the Pritzker School of Mechanical Engineering at the University of Chicago.

In this case, the payload is molecules that resemble myelin. But to carry that payload, Hubbell and colleagues have engineered nanomaterials that contain types of sugars found on the surface of harmless cellular debris, such as that left when a cell ruptures and dies. This cellular debris is ‘tolerogenic’ — it is recognized by the immune system as being benign rather than something that it needs to mount an immune response to.

“So you re-educate the immune system that [the myelin] is not something to be auto-aggressed against; that rather it’s something to be tolerized,” Hubbell says, describing the treatments as ‘inverse vaccines’. The base nanomaterial itself is a water-soluble polymer, which can easily be cleared from the body. After promising results in mouse studies, a trial in humans is now under way.

The same approach is being explored for coeliac disease, which is unusual in that it’s a food allergy to gluten, but also an autoimmune disease in which exposure to gluten triggers the immune system to attack the lining of the gut. The approach is also being investigated to treat other allergies, such as to cow’s milk and peanuts.

Another challenge that inverse vaccines might help with is type 1 diabetes — an autoimmune condition in which the immune system destroys the insulin-producing islet cells in the pancreas. This, however, is a greater challenge, because most of the islet cells are lost in childhood and adolescence, so for the vaccine to be effective, it would need to be given before the cells have been lost and the diabetes is entrenched. “Those are more complicated, because they’re prevention trials,” Hubbell says. “The thinking is, let’s prove the technological platform [in clinical trials] with an adult disease, where I can treat someone who’s sick and hope to make them better, as opposed to treat someone who’s almost sick, and hope to prevent them from getting worse.”

Hubbell devotes around half of his research time to developing vaccines that can be used to provoke an immune response to cancer, as well as more conventional vaccines against diseases such as malaria.

Corporate institutions are key players in the development of new materials, from nanotechnologies with wide-reaching medical applications to soft robotics and solid-state batteries.

Wenbin Lin is a chemist who also has an interest in nanomaterials, but his focus is on how they can be used to increase the immune response inside tumours. His field has opened up in the past decade with advances in cancer immunotherapy: in particular, the release in 2011 of the first of a class of drugs called checkpoint inhibitors, which stop a tumour from suppressing the body’s immune response against it. These drugs have drastically altered the outlook in cases such as melanoma and lung cancer, but they don’t work in every patient.

Lin, from the Department of Chemistry at the University of Chicago, believes nanomaterials could help change the biochemistry inside the tumour to make it more vulnerable to checkpoint inhibitors and other cancer therapies.

The materials he’s working with are nanoscale metal–organic frameworks: a class of crystalline materials that consist of metal ions linked by organic molecules. They are also very immunogenic, meaning that they trigger an immune response by themselves, without requiring a payload. In particular, they do so in response to exposure to X-rays, because the metal ions absorb the radiation.

In the past few years, Lin and colleagues have found that when these metal–organic particles are injected into a tumour and then exposed to X-rays — such as are used in cancer radiotherapy — they not only enhance the effect of the radiation inside the tumour, but attract immune cells into the tumour at the same time (X. Duan et al. J. Am. Chem. Soc. 138, 16686–16695; 2016).

“Typical radiotherapy is thought to be immunologically silent, or even slightly suppressive,” Lin says, a reference to its suppression of the activity of T cells, which are an important component of the immune response against cancer.

Radiodynamic therapy combined with metal–organic framework nanomaterials could overcome that immune suppression, and so might boost both the effects of the radiotherapy and of the immunotherapy drugs. This therapy, in the form of a drug called RiMO-301, is being tested in a phase I clinical trial in patients receiving radiotherapy for either head and neck cancer or prostate cancer.

Nanomaterials-based immunotherapy is still in its infancy, and part of the challenge is finding companies with the expertise to manufacture the compounds, Hubbell says. “There’s less established knowledge for materials-based therapeutics than for protein therapeutics,” he says, contrasting it with antibody production, which is an advanced industry.

That is likely to change as more companies emerge in the materials-based therapeutics space, and as the potential of therapeutics based on nano immuno-engineering starts to become realized in clinical trials.

“The opportunities are both in turning on immunity in infectious disease and prevention in cancer, and then in turning off immunity in autoimmunity and allergy,” he says. “I think that’s going to show something that can be moved over to many kinds of diseases.”

Sungkyunkwan University and the University of Münster stand out for their close industry ties in the field, while Samsung dominates cross-sectoral partnerships in materials-science publications in the Nature Index.