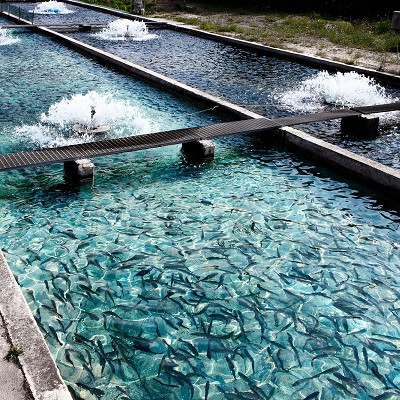 According to the CEO of Nano Bubble Energy (NBE), the use of nanobubbles in sturgeon breeding ponds has had a positive impact on the process of breeding these types of fish.

Aref Dadgostar, the CEO and founder of Nano Bubble Energy Co. Ltd., points out: "in 2011, the company commenced research on the production of miniscule bubbles at micron level. With the passage of time, the importance of smaller bubbles became more apparent to us. As a result, the subsequent step was to produce nanobubbles. Following three years of research, we eventually gained the technical knowledge to produce bubbles at nano scale. Our achievements led us to establish a company in 2018 specialized in commercializing this technology."

He adds: "after the establishment of the company, we initiated a project in the field of aquaculture. In that project, using the nanobubble technology, we succeeded in increasing the amount of oxygen in the water, which improved the efficiency of the sturgeon breeding pools. Next, we entered the field of water and sewage, where we embarked on a pilot project in a sewage treatment plant. After a year of constant effort, we achieved extremely impressive results."

"One of the paramount features of this technology is its considerable potential to reduce the bubble diameters to less than 200 nanometers, trap the gas in these bubbles and deliver them to different points of the liquid," remarks the CEO and founder of Nano Bubble Energy. “Another hallmark of this technology is the surface area and the gas-liquid interface. The larger the area, the better the distribution of gas in the liquid medium."

Aref Dadgostar continues to comment on the validation of the produced nanobubbles: "A DLS device is used to validate the dimensions of the nanobubbles. In addition to distributing the size of the bubbles, this device also determines the zeta potential of these bubbles, which indicates their stability in a solution. There is also an ocular method for measuring the presence of nanobubbles in a solution. By tapping the bottle, the color turns milky for a while, since the nanobubbles coalesce to form microbubbles, which are milky in color. After a while, the microbubbles turn into nanobubbles again, and the color of the solution reverts to its original state."

He cites water and wastewater, fisheries and agriculture as target markets for the technology, which could take massive advantage of these nanobubbles.