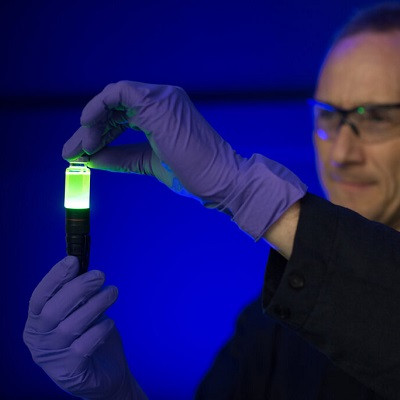 Nanoco Group plc, a world leader in the development and manufacture of cadmium-free quantum dots and other specific nanomaterials emanating from its technology platform, has announced an update on its litigation against Samsung for the alleged wilful infringement of the Group’s IP and an intention from our major shareholders to provide a non-dilutive debt facility to the Group.

On 17 February 2020, the Nanoco Group announced that it had filed a patent infringement lawsuit against various Samsung entities in the United States District Court for the Eastern District of Texas. As previously reported, the Patent Trial and Appeal Board announced its decision to institute inter partes reviews (‘IPRs’) of the five patents in the case. IPRs are a standard part of IP litigation and examine the validity of the patents themselves. The PTAB works to a regulated timeframe and hence a decision on the IPRs is expected no later than May 2022.

Nanoco has now petitioned the judge in the Eastern District of Texas to delay the Court trial until after the IPR decision is announced. A ruling in favour of the joint motion is expected shortly. This approach has the following expected benefits for Nanoco and its position:

− The IPRs will settle the majority of issues of patent validity and hence these matters will not have to be addressed in Court which will allow Nanoco to focus on the issues of infringement and damages.

− Nanoco has more claims in this suit than could be argued in a trial. By going to trial after the IPRs, Nanoco will be able to bring to Court those claims already confirmed as valid by the PTAB.

− With the passage of time, more infringing units of Samsung product will be sold, thereby increasing the baseline historical damages that result from a favourable trial verdict.

It is expected that a trial will be re-scheduled for late 2022 once the outcome of the IPRs is known. Both the IPRs and court processes are then subject to appeal by both parties. Nanoco’s legal costs remain fully underwritten by the third party litigation funder.

Given encouraging developments in the organic business, the Group’s major shareholders have indicated an intention to provide a non-dilutive debt facility of £3.0m to the Group. The Board expects to finalise these arrangements shortly, at which time a further announcement will be made.

“We are making strong progress in our sensing materials with customer published roadmaps indicating potential commercial production in 2023. We also continue to develop new strategic relationships. With a low and sustainable cost base underpinning our core capabilities, production revenues will quickly see the Group move to break even and organic cash generation in the short to medium term. The support of our major shareholders will bridge the gap to that point in time and also ensure our robustness throughout the Samsung litigation process.

“Going to trial after the outcome of the IPRs is known will maximise Nanoco’s chances of winning the litigation. Nanoco’s team will be able to leverage claims that have already been shown to be valid and thereby remove one hurdle to be overcome during the trial. The sale of additional TVs by Samsung in the run up to the later trial date also has the potential to increase the baseline value in any damages model, which would also be subject to a multiplier for wilful infringement.