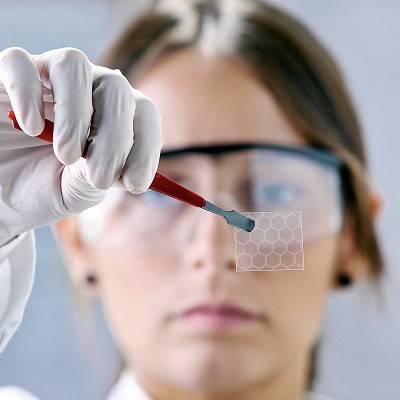 First Graphene Limited is pleased to provide an update on its continued progress with early adopters of the PureGRAPH® product line, and master supply agreement partners.

In line with the commercialisation progress and product launches from Aquatic Leisure Technologies, Steel Blue, Ascent Shipwrights, newGen Group and Katana Surf, First Graphene confirms the processing of production orders and a positive development in its work in growing the demand for PureGRAPH®.

Mr Bell said: “We are very happy to see our customers completing the processes they need to have in place to fully utilise the PureGRAPH® products to which they have committed, and now moving into a production phase enabling a forecasted demand for PureGRAPH®.  We are continuing to assist in accelerating their commercialisation efforts and to grow the overall demand for PureGRAPH®.  Although the learning curve and ultimately sales cycle time for these early adopters has been considerably longer than expected, not to mention spanning a global pandemic, we are confident that we can accelerate the sales process for future opportunities.  The broad range of product types and industries shown in these product launches is a testament to the true diversity of PureGRAPH®.”

With these new product lines now all being in a production phase, First Graphene is now able to look to extend sales opportunities in adjacent industries and applications to further build demand for the PureGRAPH® product line.

The new laminate system required ALT to upgrade equipment and processes to implement commercial-scale production, and PureGRAPH® is now standard in all new Aqua Technics pools. Due to heavy demand for pools and pre-sales, production is scheduled to commence from July 2021.

ALT Managing Director Lynley Papineau said it was a major milestone to get the next generation in pool technology into the market.

Ms Papineau said: “We are thrilled to launch the Aqua Technics Graphene Nano-Tech Pool range, and to leverage the benefits that PureGRAPH® brings to our clients.  This is our strongest pool ever.  The PureGRAPH® technology allows us to raise the bar in quality, innovation and further differentiate from our competitors, both in Australia and globally.” 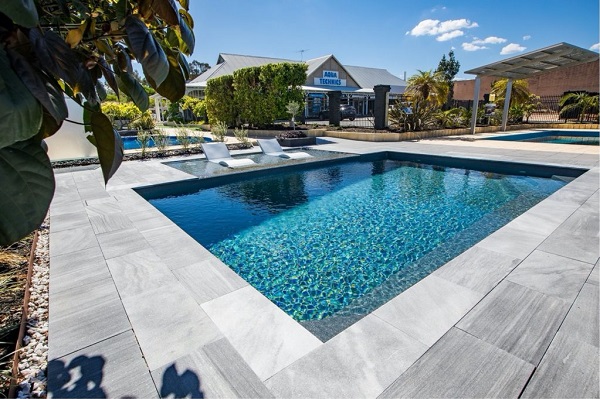 Steel Blue has completed their first production run of PureGRAPH® enhanced safety boots and will be launching these into the Australian safety footwear market in June 2021.  The first range of boots under the product name GraphTEC™, will feature a PureGRAPH® enhanced outsole and scuff cap, providing significant improvements in tear strength and abrasion resistance.

Steel Blue is continuing to raise the bar on safety with ongoing research to extend the use of PureGRAPH® to enhance a number of other components targeted for future generations of its safety footwear range.

The PureGRAPH® enhanced boots have been tested against multiple global safety standards and passed all requirements for distribution in Australia, Europe, Asia and the USA.

Steel Blue Chief Executive Officer Gary Johnson said it was exciting to finally get the product ready for launch, adding that Steel Blue was committed to extending the use of PureGRAPH® in its product line.

Mr Johnson said: “Steel Blue will continue to progress research and development with First Graphene on further enhancing various components of safety footwear and we look forward to bringing these to the market to supplement the GraphTEC™ range of PureGRAPH® enhanced boots.”

On completion of sea trials in June, Ascent Shipwrights confirmed this was a successful first project, and that the use of PureGRAPH® will become a standard additive to all its future GRP boats.

Ascent Shipwrights Managing Director Daniel Roberts said the addition of PureGRAPH® into the wet lay-up GRP process provided an easy path to include this new technology and provide a more robust product for his clients.

Mr Roberts said: “Having successfully added PureGRAPH® into our manufacturing process and having seen the benefits in real world sea trials, we are committed to continuing the use of PureGRAPH® in all our GRP boats.” 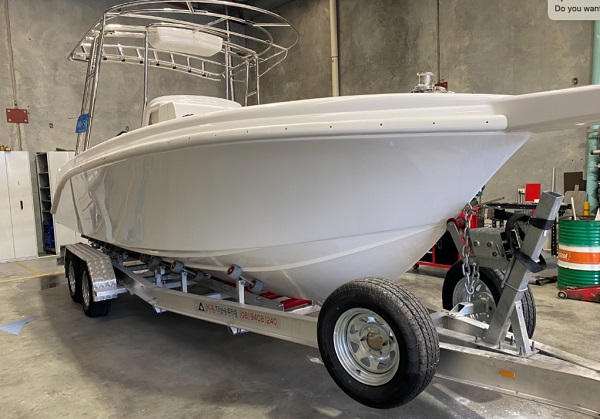 newGen Group Managing Director Ben Walker said the completion of live trials, and the demonstration of a six-fold improvement in wear rates, was a true testament to the benefits of ArmourGRAPHTM and PureGRAPH®.

Mr Walker said: “The results achieved in our comprehensive 62-week live trial confirm the real-world benefits that ArmourGRAPHTM and PureGRAPH® bring, and clearly set a new standard in Total Cost of Ownership (TCO) for critical assets.  We are now offering a TCO modelling service to our clients as trial comparison against legacy materials, and ultimately how our clients can net a positive financial result with the inclusion of ArmourGRAPHTM materials”. 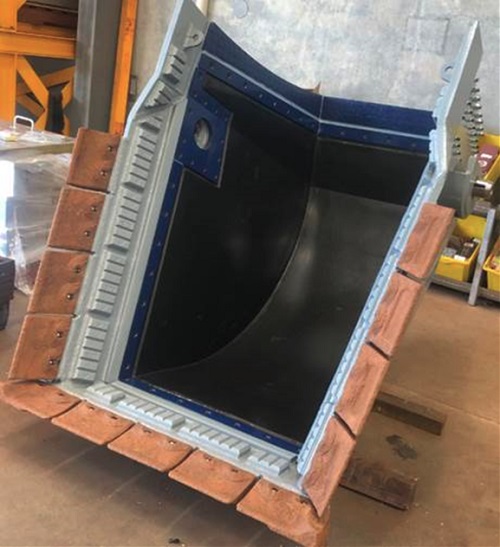 The addition of PureGRAPH® within the GRP layer of board production has demonstrated an increased impact resistance and compressive strength which leads to a longer life expectancy.  With this improvement, Katana Surf will now offer the inclusion of PureGRAPH® into its custom surfboards.

Katana Surf Owner Dave Smith said the inclusion of PureGRAPH® into the build process was simple and provided a great improvement to the overall robustness of his surfboards.

Mr Smith said: “PureGRAPH® was easily integrated within our existing production process and resulted in improved durability and overall longer life expectancy. Further to this, the feedback from the local surf community that have tested the boards, suggest an improved response on water”. 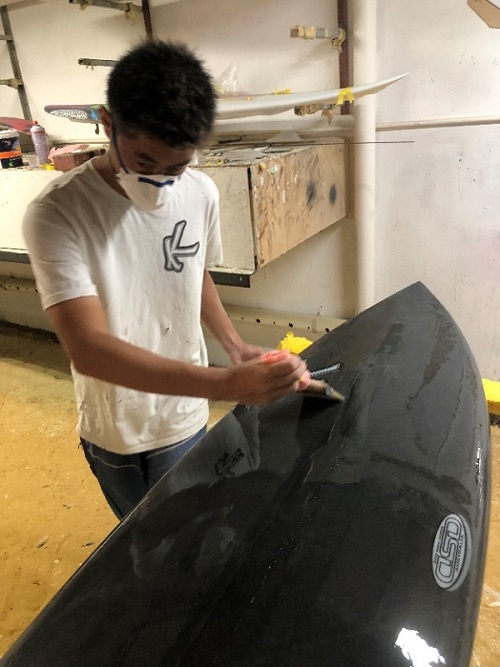