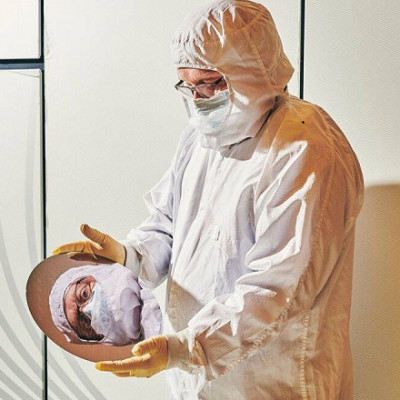 A $150 million chip-making tool from a Dutch company has become a lever in the US-Chinese struggle. It also shows how entrenched the global supply chain is.

President Joe Biden and many lawmakers in Washington are worried these days about computer chips and China’s ambitions with the foundational technology.

But a massive machine sold by a Dutch company has emerged as a key lever for policymakers — and illustrates how any country’s hopes of building a completely self-sufficient supply chain in semiconductor technology are unrealistic.

The machine is made by ASML Holding, based in Veldhoven. Its system uses a different kind of light to define ultrasmall circuitry on chips, packing more performance into the small slices of silicon. The tool, which took decades to develop and was introduced for high-volume manufacturing in 2017, costs more than $150 million. Shipping it to customers requires 40 shipping containers, 20 trucks and three Boeing 747s.

The complex machine is widely acknowledged as necessary for making the most advanced chips, an ability with geopolitical implications. The Trump administration successfully lobbied the Dutch government to block shipments of such a machine to China in 2019, and the Biden administration has shown no signs of reversing that stance.

Manufacturers can’t produce leading-edge chips without the system, and “it is only made by the Dutch firm ASML,” said Will Hunt, a research analyst at Georgetown University’s Center for Security and Emerging Technology, which has concluded that it would take China at least a decade to build its own similar equipment. “From China’s perspective, that is a frustrating thing.” 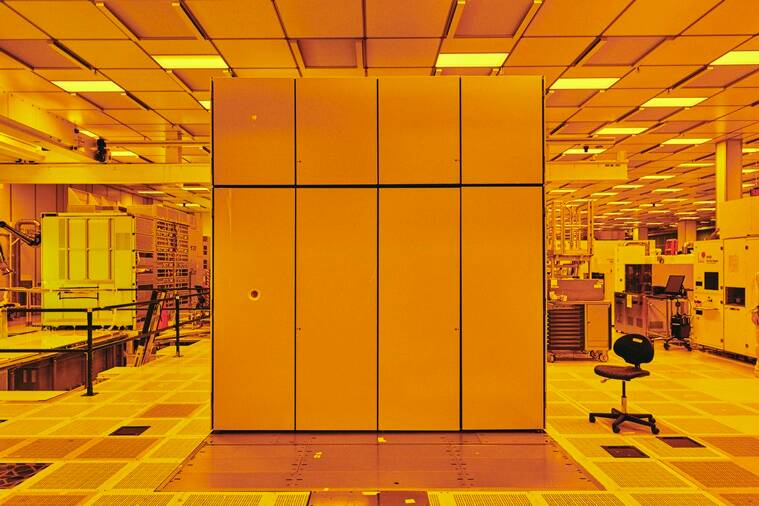 A chip-manufacturing machine at the IBM research facility in Albany.

ASML’s machine has effectively turned into a chokepoint in the supply chain for chips, which act as the brains of computers and other digital devices. The tool’s three-continent development and production — using expertise and parts from Japan, the United States and Germany — is also a reminder of just how global that supply chain is, providing a reality check for any country that wants to leap ahead in semiconductors by itself.

That includes not only China but the United States, where Congress is debating plans to spend more than $50 billion to reduce reliance on foreign chip manufacturers. Many branches of the federal government, particularly the Pentagon, have been worried about the U.S. dependence on Taiwan’s leading chip manufacturer and the island’s proximity to China.

Created in 1984 by electronics giant Philips and another toolmaker, Advanced Semiconductor Materials International, ASML became an independent company and by far the biggest supplier of chip-manufacturing equipment that involves a process called lithography.

Using lithography, manufacturers repeatedly project patterns of chip circuitry onto silicon wafers. The more tiny transistors and other components that can be added to an individual chip, the more powerful it becomes and the more data it can store. The pace of that miniaturization is known as Moore’s Law, named after Gordon Moore, a co-founder of chip giant Intel.

In 1997, ASML began studying a shift to using extreme ultraviolet, or EUV, light. Such light has ultrasmall wavelengths that can create much tinier circuitry than is possible with conventional lithography. The company later decided to make machines based on the technology, an effort that has cost $8 billion since the late 1990s. 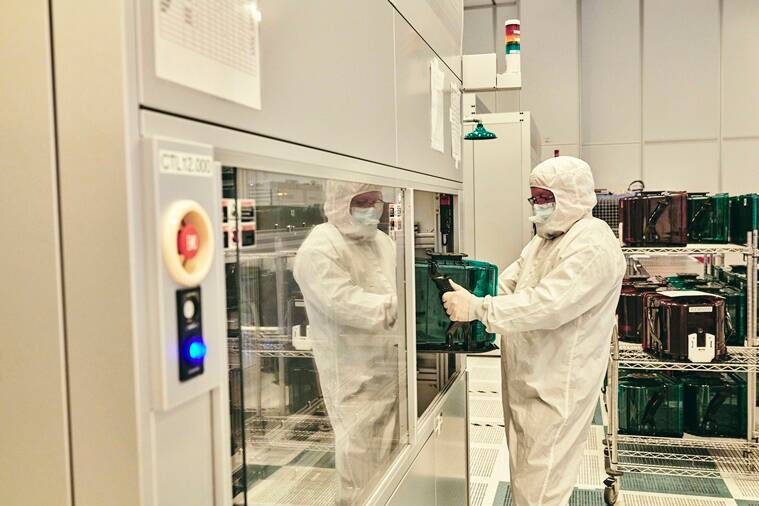 A worker handles a rack of silicon wafers from a chip-manufacturing machine at the IBM research facility in Albany.

ASML CEO Peter Wennink said a lack of money in the company’s early years had led it to integrate inventions from specialty suppliers, creating what he calls a “collaborative knowledge network” that innovates quickly.

“We were forced to not do ourselves what other people do better,” he said.

ASML built on other international cooperation. In the early 1980s, researchers in the United States, Japan and Europe began considering the radical shift in light sources. The concept was taken up by a consortium that included Intel and two other U.S. chipmakers, as well as Department of Energy labs.

That development was made trickier by the quirks of EUV light. Lithography machines usually focus light through lenses to project circuit patterns on wafers. But the small EUV wavelengths are absorbed by glass, so lenses won’t work. Mirrors, another common tool to direct light, have the same problem. That meant the new lithography required mirrors with complex coatings that combined to better reflect the small wavelengths.

So, ASML turned to Zeiss Group, a 175-year-old German optics company and longtime partner. Its contributions included a 2-ton projection system to handle EUV light, with six specially shaped mirrors that are ground, polished and coated over several months in an elaborate robotic process that uses ion beams to remove defects. 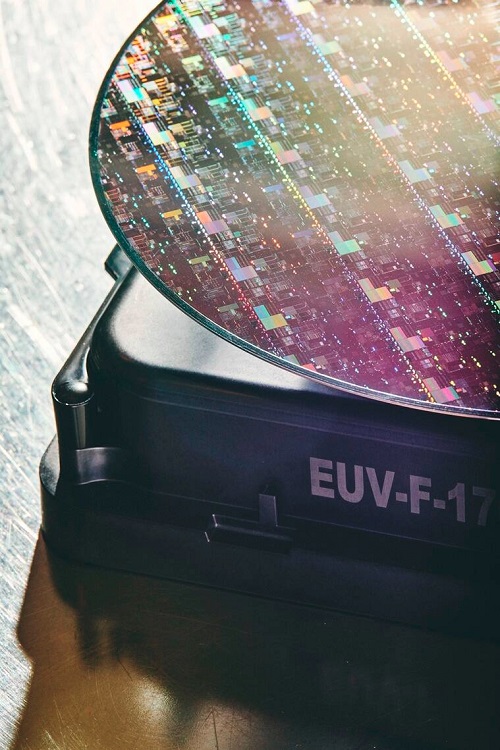 A silicon wafer from a chip-manufacturing machine at the IBM research facility in Albany.

Generating sufficient light to project images quickly also caused delays, van den Brink said. But Cymer, a San Diego company that ASML bought in 2013, eventually improved a system that directs pulses from a high-powered laser to hit droplets of tin 50,000 times a second — once to flatten them and a second time to vaporize them — to create intense light.

In a final report to Congress and Biden in March, the National Security Commission on Artificial Intelligence proposed extending export controls to some other advanced ASML machines as well. The group, funded by Congress, seeks to limit artificial intelligence advances with military applications.

Hunt and other policy experts argued that since China was already using those machines, blocking additional sales would hurt ASML without much strategic benefit. So does the company.

Read the original article on The New York Times.