US Military Could Start New Nanotech Tests by 2023 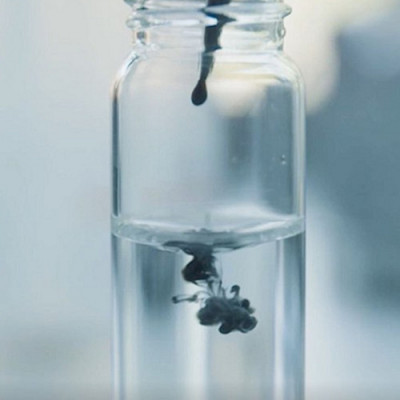 Progress in nanomaterial technologies could help militaries to counter directed-energy weapons, as the latest research finds new applications for defence.

The US federal government has awarded UK-based SME Advanced Material Development (AMD) a contract to develop protective films to be applied to laser protective eyewear.

The contract with the Irregular Warfare Technical Support Directorate (IWTSD) will allow AMD to develop unique multi-frequency layered meta-material films and coatings based on its photonic crystal superlattices.

Although financial details of the contract remain undisclosed at the time of writing, AMD stated that the technology provides a ‘low-cost’ and ‘tuneable’ solution.

In an interview with Shephard, Alan Dalton, professor of materials physics at the University of Sussex and founder of ADM, said: 'We're also using these particular coatings for anti-tamper. So you can put on one of these photonic crystal coatings onto a vessel or onto a particular security device that if someone tries to tamper with it, it will irreversibly change colour.'

The technology is early in its Technology Readiness Level (TRL) journey, but AMD said military tests could start in 2023.

‘For this particular project with the US government, the plan would be to bring it to a TRL 5. So we are at TRL 3, so we have to bring it up two levels. And at that point, then we will be looking at end-users which are in the sector for protective coatings or producing goggles for the military,' said Dalton, who is also chief scientific advisor for AMD.

'And at that point, we'll be getting them to test them in a real-world scenario, and to quickly move it up from TRL 5, two to TRL 7 and beyond, so that it becomes a commercial product within two years or so,' Dalton added.

'We're also using these particular coatings for anti-tamper. So you can put on one of these photonic crystal coatings onto a vessel, or onto a particular security device that if someone tries to tamper with it, it will irreversibly change colour.'— Professor Alan Dalton, AMD

The contract with IWTSD follows an MoU between ADM and another UK company, First Graphene, in June 2021.

The partnership with First Graphene paves the way for the development of conductive ink, with applications ranging from printed electronics to RF devices and antennas.

Asked whether there is a link between the nanotech development under the MoU and the newly awarded contract with the US government, Dalton explained that the research ADM is conducting for the IWTSD is ‘almost a by-product’ of the production process used in the work with First Graphene.

‘We're using the same raw product, but we're basically picking out individual plates of graphene that can be optimised for this particular application,' he explained.

Beyond the US, it is worth noting that AMD has also secured UK government funding to further develop two other nanomaterial applications.

In April 2021, the UK Defence and Security Accelerator (DASA) announced a collaboration with the Defence Science and Technology Laboratory and AMD to support the development of two nanomaterial innovations.

The so-called ‘DASA case study’ features AMD nanotech for both the defence and the commercial sector. CHAMIR and nMark are the two applications being developed through the DASA funds.

CHAMIR is a device that can modulate IR emissivity from platforms or personnel, allowing the military to better hide by the even more sophisticated detection technologies.

As for nMark, this is a nanomaterial application, akin to a unique barcode, which cannot be removed, corrupted or reverse engineered.

'We are actively creating novel materials and enabling technologies to address key challenges in the Defence & Security sector, working with US and UK Defence through funded projects and specific Defence agreements,' an AMD spokesperson told Shephard.