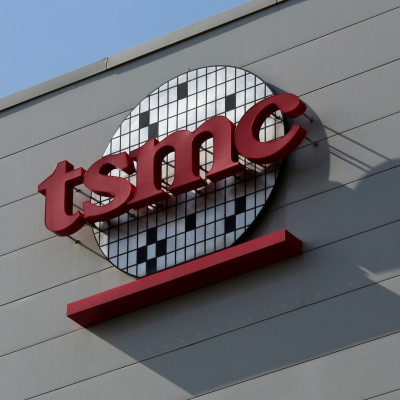 Apple and Intel are reportedly testing chip designs with TSMC's 3-nanometer process and could be first to market with the technology, according to Nikkei. Intel may be planning to use the chips in next-gen notebooks and data centers, while Apple could be first to market with a 3-nanometer processor in future iPad models. Taiwan-based TSMC will reportedly start manufacturing processors for both companies as early as next year.

TSMC is currently manufacturing 5-nanometer chips for Apple's iPhone 12, and in 2022 will build next-gen AMD Zen 4 chips. It has targeted 3-nanometer volume production for the second half of 2022 with products likely coming along in 2023.

TSMC expects the new tech to deliver 10-15 percent greater performance at the same power levels, or reduce power 25 to 30 percent at the same transistor speeds over 5-nanometer tech. The company also has a 4-nanometer N4 process set to arrive in 2022, offering an evolution over 5-nanometer with minimal changes required by chip designers.

Apple's iPad will reportedly be the first devices powered by 3-nanometer chips, according to Nikkei's sources. The next generation of iPhones rolling out next year will supposedly use 4-nanometer tech for scheduling reasons.

The situation with Intel is perhaps more interesting. Intel confirmed to Nikkei that it would work with TSMC for its 2023 product lineup and has previously said that it would subcontract some chip manufacturing out to the Taiwan-based company, though it didn't say which technology it would use.

As it stands now, Intel has only just started rolling out its 10-nanometer chips (which are broadly equivalent to chips made with TSMC's 7-nanometer process), and has delayed 7-nanometer production until 2023.

According to Nikkei, TSMC will produce more chips for Intel than Apple. "Currently the chip volume planned for Intel is more than that for Apple's iPad using the 3-nanometer process," a source said. Intel plans to use TSMC to build processors for notebook and data servers "in an attempt to regain market share it has lost to Advanced Micro Devices and NVIDIA over the past few years," the story reads.

If the rumors prove accurate, Intel could possibly beat AMD to 3-nanometer tech, as AMD plans to use 5-nanometer chips for its next-gen Zen 4 processors. AMD now relies on TSMC for its processor and GPU chips, as its previous supplier GlobalFoundries decided not to manufacture 7-nanometer or smaller chips back in 2018.

TSMC is building a $12 billion chip fab plant in Arizona and plans to use its current 5-nanometer manufacturing technology. Intel, meanwhile, plans to invest $20 billion in two Arizona factories.