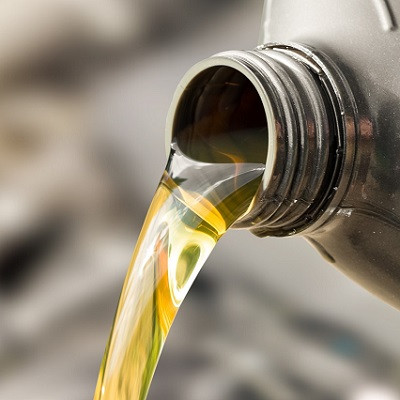 Graphene Flagship partner company Graphene-XT, Italy, developed a new lubricating oil additive for diesel and petrol engines in cars or motorcycles. Their studies show that graphene makes the oil more stable, confirmed by live high-intensity tests in the engine of a motocross motorcycle.

Lubricating oils for engines are made up of lots of different chemical compounds, both natural and synthetic. They also contain several additives, like a viscosity modifier, anti-corrosion agents, detergent, a friction modifier, and so on – which can improve their properties, such as by making them more stable at higher temperatures or for longer periods of time.

Graphene acts as a strong lubricant due to its layered structure, which allows the atom-thin layers of carbon to easily slip and slide against each other with little friction. By introducing graphene into a lubricating oil, Graphene-XT found that both its performance and stability improved, resulting in more compression and less wear and tear in the engine parts of both cars and motorcycles.

“The addition of graphene improves the oil’s tribological properties, making it more suitable for high-pressure, high-stress environments,” explains Simone Ligi, CEO of Graphene-XT. But the benefits of graphene do not stop there: “Graphene also has very good heat transfer properties, important to make lubricants safer at higher temperatures. All of these effects combined together reduce engine noise and fuel consumption,” Ligi continues.

To further prove the effectiveness of their graphene-based lubricant, Graphene Flagship researchers at Graphene-XT added their graphene lube to a motocross engine. A biker then took the motorcycle for a spin on a motocross circuit and reported back. His feedback was the same as that from the lab: graphene-enhanced oil produced less noise and better performance. “The motocross engine is under a lot of stress. It needs a lot of maintenance, and sometimes requires an oil change as frequently as every three hours. This was a really hard test for graphene, but it clearly shows our product works,” Ligi says. The additive is under evaluation for different users, such as cars and light trucks, for long-term performance evaluation.

Emanuele Crescini, Financial Advisor for Graphene-XT, also works on the oil and says that the commercial product will be released in the first half of 2021 – adding that their team are hard working on the launch of their product. “Hopefully, this will be our first product of many,” he says.

Alex Jouvray, Graphene Flagship Work Package Leader for Production, adds: “It is great to see that with the support of the Graphene Flagship, the new product’s development has been accelerated up to the point of product release. This is the aim of the Production Work Package. The team at Graphene-XT has done an excellent job in identifying a gap in the market and developing a new product to meet this market.”