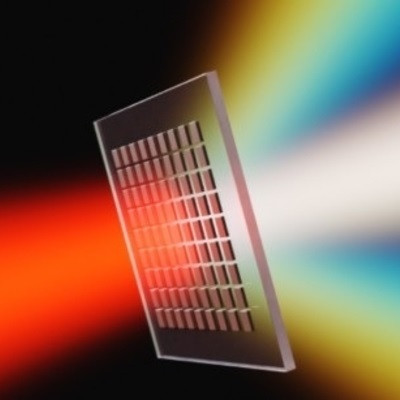 Cornell researchers have developed nanostructures that enable record-breaking conversion of laser pulses into high-harmonic generation, paving the way for new scientific tools for high-resolution imaging and studying physical processes that occur at the scale of an attosecond – one quintillionth of a second.

High-harmonic generation has long been used to merge photons from a pulsing laser into one, ultrashort photon with much higher energy, producing extreme ultraviolet light and X-rays used for a variety of scientific purposes. Traditionally, gases have been used as sources of harmonics, but a research team led by Gennady Shvets, professor of applied and engineering physics in the College of Engineering, has shown that engineered nanostructures have a bright future for this application.

The research is detailed in the paper “Generation of Even and Odd High Harmonics in Resonant Metasurfaces Using Single and Multiple Ultra-Intense Laser Pulses,” published July 7 in Nature Communications. Maxim Shcherbakov, who conducted the research as a Cornell postdoctoral associate before becoming an assistant professor at the University of California, Irvine, is the lead author. 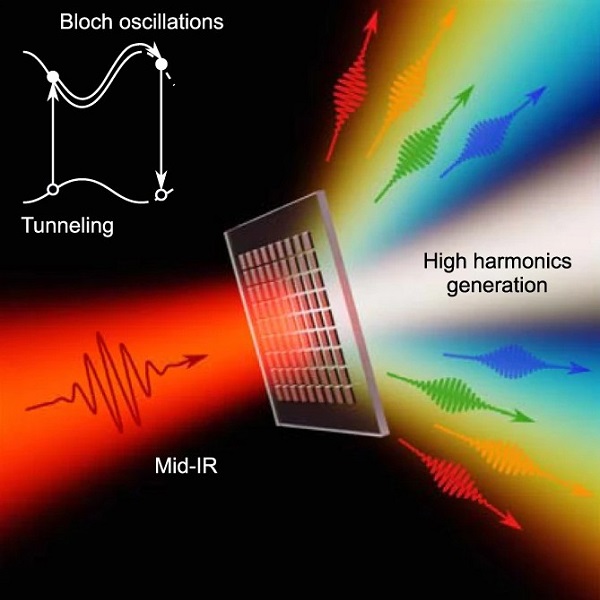 Illustration of an infrared laser hitting a gallium-phosphide metsurface, which efficiently produces even and odd high-harmonic generation.

The nanostructures created by the team make up an ultrathin resonant gallium-phosphide metasurface that overcomes many of the usual problems associated with high-harmonic generation in gases and other solids. The gallium-phosphide material permits harmonics of all orders without reabsorbing them, and the specialized structure can interact with the laser pulse’s entire light spectrum.

“Achieving this required engineering of the metasurface’s structure using full-wave simulations,” Shcherbakov said. “We carefully selected the parameters of the gallium-phosphide particles to fulfill this condition, and then it took a custom nanofabrication flow to bring it to light.”

The result is nanostructures capable of generating both even and odd harmonics – a limitation of most other harmonic materials – covering a wide range of photon energies between 1.3 and 3 electron volts. The record-breaking conversion efficiency enables scientists to observe molecular and electronic dynamics within a material with just one laser shot, helping to preserve samples that may otherwise be degraded by multiple high-powered shots.

The study is the first to observe high-harmonic generated radiation from a single laser pulse, which allowed the metasurface to withstand high powers – five to 10 times higher than previously shown in other metasurfaces.

“It opens up new opportunities to study matter at ultrahigh fields, a regime not readily accessible before,” Shcherbakov said. “With our method, we envision that people can study materials beyond metasurfaces, including but not limited to crystals, 2D materials, single atoms, artificial atomic lattices and other quantum systems.”