NanoMalaysia to Launch Two Initiatives to Boost Commercialization of Nanotechnology 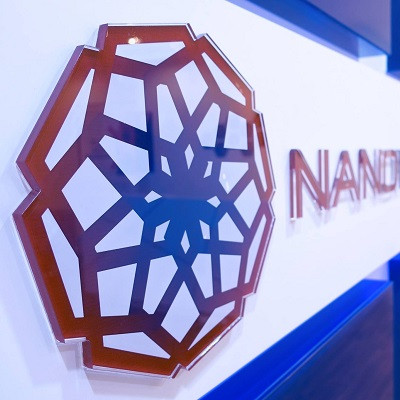 NanoMalaysia Bhd (NMB) will launch the REVOLUTIoNT and Hydrogen EcoNanoMy programmes for the commercialization of nanotechnology.

REVOLUTIoNT will facilitate and commercialize the production of complex and valuable intellectual property, products and systems solutions, while Hydrogen EcoNanoMy will apply NanoMalaysia’s on-site generated Hydrogen technology to create a National Hydrogen Industrial Ecosystem for the energy sector.

To cap off its 10th year in leapfrogging nanotechnology-based SMEs towards commercialization ventures, the company embraces yet another role with its position as one of the implementing agencies for key segments of the recently introduced National 4IR Policy, namely advanced materials and technologies, Internet of Nano-Things, blockchain and artificial intelligence.

“The 4IR, with nanotechnology as one of its primary technological pillars, is projected to boost all sectors’ productivity by 30% by 2030 and will contribute to our country’s increase in skilled workers as well as production of higher value-added products.”

From 2016–2020, NanoMalaysia had 52 product development projects; 41 scale-up projects; and supported and created a mix of 22 joint ventures and start-up companies. It also successfully developed 55 Intellectual Properties; 25 patents; 17 copyrights; four trade secrets; five trademarks and four utility innovations, which have been filed with MyIPO; and commercialized 166 products.

To further expand the reach of Malaysian SMEs in the global technology space, NanoMalaysia recently inked two agreements this year with 10000StartupsIndia and Turkey-based Sabanci University Nanotechnology Research and Application Centre with the objectives of scaling up Malaysian SMEs and facilitating adoption of competitive nanotechnology solutions via technology transfer programmes with Indian and Eastern European SMEs and micro-SMEs. Other partnerships signed in previous years carrying similar aims are with NanoNextNL (The Netherlands), NanoCanada, Nanopolis (China) and Nanotech Center Indonesia.

It is estimated that 2,373 direct and 11,865 indirect high value job opportunities as well as a contribution of RM3.6 billion direct and RM18 billion indirect potential gross national income (GNI) will be generated over the next five years as identified by the industry.

“With these technology-centric initiatives coupled with value and supply chains development, we aim to create at least 10,500 high value jobs directly, with a spill-over effect of 52,500 jobs to stimulate the economy and generate an additional RM1.7 billion in GNI by 2030.”

Read the original article on theSundaily.