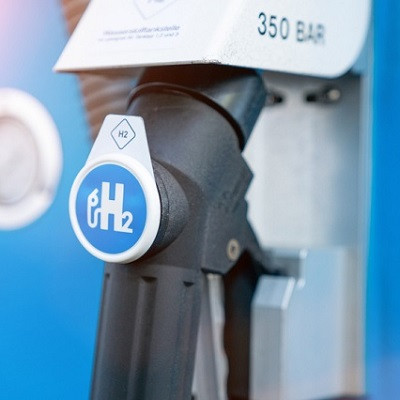 US nanotechnology company Damorphe is developing a hydrogen production technology using a rare earth oxide alloy that dissolves in water, which it says has the potential to deliver clean hydrogen at $1/kg.

The company, which specializes in nanomaterials for niche applications from aerospace and defense, to energy and healthcare, is working with partners to develop a prototype 1 mt/day demonstration facility in California, which could produce hydrogen for truck refueling.

"This is revolutionary," Battista said. "It's the greenest hydrogen in the world, and that's because it can use salt water or sewage, not drinking water."

"It's the cheapest hydrogen in the world, and it doesn't require electricity," he added.

The electrochemical reaction splits hydrogen from water, dissolving the alloy very slowly, and can use water of any quality, offering another advantage over electrolysis, which requires higher purity water.

The company has designed the reagent, and Battista said the technology to deploy this at scale would be relatively straight-forward and cheap to produce. Damorphe is seeking funding to develop these systems, and said it was already oversubscribed.

The $1/kg production cost would make its hydrogen cheaper than diesel in trucking, Battista said, and is around half the cost of SMR production in California, and an eighth the cost of proton exchange membrane electrolysis, S&P Global Platts data showed.

Battista said the company wanted to sell its hydrogen at a small margin above production costs to help grow the industry and drive demand. It would work with partners to develop distribution and production systems, while focusing on its core business of developing materials.

The rare earth metals the company uses, which it did not disclose, are prevalent in the US and Canada, ensuring security of supply. Battista said reserves were plentiful, and future exploitation of mines was not a concern.

"National energy security has been a particular focus for us," Battista said. "We are very confident about our supply chain being US and Canadian origin. We have got a diverse set of suppliers."

Damorphe is partnering with a truck company in California to produce hydrogen for refueling fuel cell electric vehicles. Battista said its prototype facility would start operations in 2022, and the low production costs meant it did not require government support.

It would sell its technology at close to cost, and take a share in carbon credits and a share in profits from hydrogen sales.

The company is also exploring partnerships with major energy and hydrogen companies, and said it has received a lot of interest in its technology.

"We're not there to compete with anyone," Battista said. "We're here to work with people. We're here to disrupt the industry in a positive manner.

"But it is quite possible that people will reconsider their economic choices for generating hydrogen, and they will also, I imagine, consider the greenness of the hydrogen that they produce," he added. "And we hope that in some cases, we are the chosen solution."

The company is around two years away from having the supply chain to be able to produce 50,000 mt/year of reagent, which Battista said would make "a great deal more" hydrogen than that.

It plans to develop its business beyond the US in Europe as well as the Asia-Pacific region after that.

Battista noted Europe's advanced position in clean hydrogen developments compared to other regions, but thought the US could leapfrog Europe to take a lead in renewable hydrogen production.