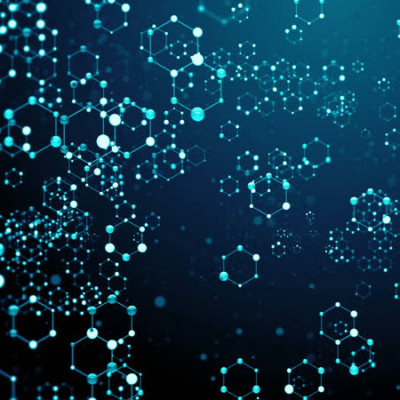 Scientists have observed the self-organization of lead sulphide semiconductor nanoparticles in real-time.

The structure adopted by lead sulphide nanoparticles changes surprisingly often as they assemble to form ordered superlattices. This is revealed by an experimental study that has been conducted at DESY’s X-ray source PETRA III. A team led by the DESY scientists Irina Lokteva and Felix Lehmkühler, from the Coherent X-ray Scattering group headed by Gerhard Grübel, has observed the self-organization of these semiconductor nanoparticles in real time. The results have been published in the journal Chemistry of Materials. The study helps to better understand the self-assembly of nanoparticles, which can lead to significantly different structures.

Among other things, lead sulphide nanoparticles are used in photovoltaic cells, light-emitting diodes and other electronic devices. In the study, the team investigated the way in which the particles self-organize to form a highly ordered film. They did so by placing a drop of liquid (25 millionths of a litre) containing the nanoparticles inside a small cell and allowing the solvent to evaporate slowly over the course of two hours. The scientists then used an X-ray beam at the P10 beamline to observe in real time what structure the particles formed during the assembly. 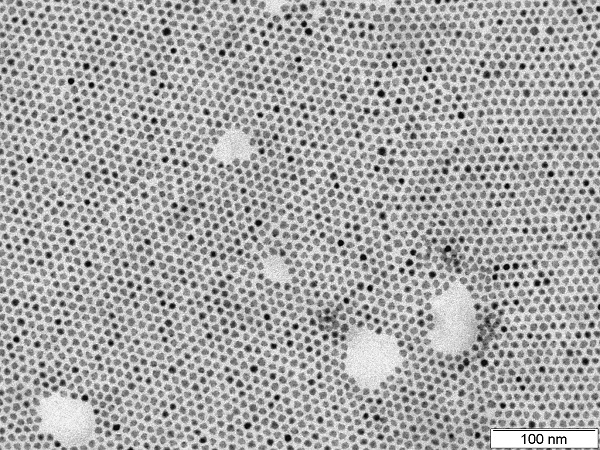 The lead sulphide nanoparticles, which are about eight nanometres (millionths of a millimetre) in size, initially arrange themselves into a layer with hexagonal symmetry.

To their surprise, the structure adopted by the particles changed several times during the process. “First we see the nanoparticles forming a hexagonal symmetry, which leads to a nanoparticle solid having a hexagonal lattice structure,” Lokteva reports. “But then the superlattice suddenly changes, and displays a cubic symmetry. As it continues to dry, the structure makes two more transitions, becoming a superlattice with tetragonal symmetry and finally one with a different cubic symmetry.” This sequence has been never revealed before in such detail.

The team suggests that the hexagonal structure (hexagonal close-packed, HCP) persists for as long as the surface of the particles is swollen by the solvent. Once the film dries a little bit, its internal structure changes to a cubic symmetry (body-centred cubic, BCC). However, residues of the solvent still remain between the individual nanoparticles inside the film. As this evaporates, the structure changes two more times (body-centred tetragonal BCT and face-centred cubic FCC).

The final structure of the film depends on a number of different factors, as Lokteva explains. They include the type of solvent and how quickly it evaporates, size and concentration of the nanoparticles, but also the nature of the so-called ligands that surround the particles and their density. Scientists use the term ligand to describe certain molecules that bind to the nanoparticle surface and prevent them from agglomeration. In the study, the team used oleic acid for this purpose; its molecules cover the particles, much like the wax that prevents gummy bears from sticking to each other in a bag. This is a well-established process in nanotechnology.

The superlattice of lead sulphide nanoparticles takes on six different internal structures during the drying process.

“Our research indicates that the final structure of the superlattice also depends on whether the individual nanoparticles are surrounded by many or few oleic acid molecules,” reports Lokteva. “In an earlier study, we obtained films with a BCC/BCT crystal structure when the ligand density was high. Here, we specifically looked at nanoparticles with a low ligand density, and this led to an FCC structure. So when using nanoparticles, the ligand density ought to be determined, which is not a standard practice at the moment,” explains the DESY scientist.

These observations are also important when it comes to other materials, the team points out. “Lead sulphide is an interesting model system that helps us to better understand the general mechanisms by which nanoparticles self-assemble,” Lokteva explains. “Nature can provide nanostructures with various interesting properties via the phenomenon of self-assembly, and we now have the tools to look over nature's shoulder as it constructs these structures.”