Professor Lars Jeuken Wants to Use Bacteria for Sustainable Fuel 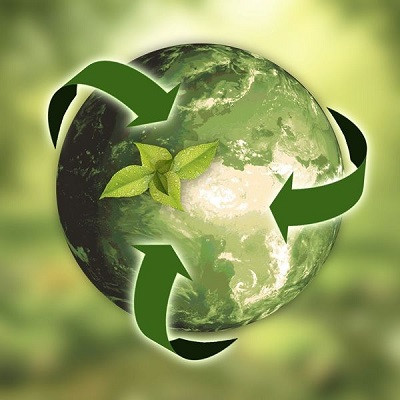 On 1 August, Lars Jeuken started work as Professor of Biophysical Chemistry at the Leiden Institute of Chemistry (LIC). His research is at the intersection of biology and chemistry, but also involves physics and nanotechnology. Jeuken: ‘By linking nanoparticles to proteins and bacteria, we want to convert solar energy directly into fuel.’

After obtaining his PhD in Leiden, Jeuken continued his research career in 1999 in Oxford, where he specialised in bioelectrochemistry. This branch of electrochemistry deals with electrochemical processes in living organisms, such as the transport of charged particles, the electrical voltage across the membrane of a cell or the reaction of proteins at electrodes. In 2002, Jeuken went to Leeds on a fellowship of the Biotechnology and Biological Sciences Research Council: ‘Here I learned what electrodes look like at the nanoscale, at the level of molecules.’

In Leeds, Jeuken developed a method to investigate membrane proteins. ‘Many of these proteins have important functions in the energy management of biological cells,’ he says. ‘The same proteins also carry out important reactions such as the oxidation of hydrogen to protons, an essential process in hydrogen batteries.’

Jeuken now wants to further understand the energy management of bacteria. ‘We want to use bacteria to produce sustainable energy,’ he says. ‘We think that this is possible because many chemical reactions in bacteria are also important in the conversion of fuel into energy, such as the proteins I mentioned earlier.’

And that is where nanotechnology comes in. Jeuken: ‘We are trying to link nanoparticles to membrane proteins in bacteria. These nanoparticles can, so to speak, harvest sunlight and transmit the energy to the bacteria. In this way, we want to convert solar energy directly into fuel.’

The place in Leiden seemed to suit Jeuken perfectly. ‘The theme Fundamental research in Energy & Sustainability at the LIC is very compatible with mine,’ he says. ‘Leiden also has strong connections with Delft, where a lot of nanoscience takes place.’ He is looking forward to working with new colleagues and to exploring new research paths. And: ‘It's wonderful to be able to cycle again without having to be constantly afraid of motorists,’ he jokes. ‘It is much safer for cyclists here.’

At the LIC, Jeuken hopes to continue his already ongoing research into bacterial solar energy. But he has more plans: ‘I would like to develop new antibiotics. By specifically blocking proteins that act on the energy household of bacteria, we might be able to prevent infections. LIC's other research theme, Fundamental research in Chemical Biology, certainly provides a fantastic basis for such research!’