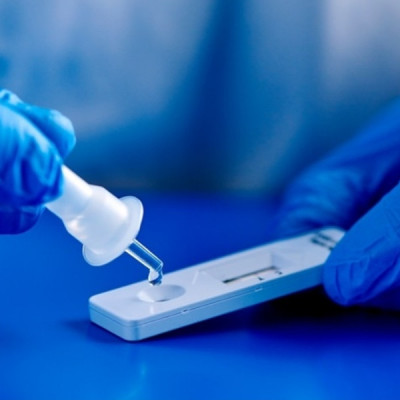 The need for population-wide, rapid, sensitive, and cost-effective diagnostic testing has significantly increased as a result of the severe acute respiratory syndrome coronavirus 2 (SARS-CoV-2), the causative agent of coronavirus diseases 2019 (COVID-19). Large-scale testing is important to effectively control infections and minimized their impact on the economy and public health.

In a study recently published in the journal Small, the authors provide a review on both micro-and nanoscale technologies that advanced the diagnosis of viral diseases.

The diagnosis of viral infections is largely dependent upon the ability to measure viral molecules like oligonucleotides or glycoproteins in a biological sample. Some of the conventional methods that are used to do this include polymerase chain reaction (PCR), solid-phase immunoassays (SPIs), cell culture, and immunofluorescence.

While these methods are reliable and quick, they are often associated with several limitations including relatively high cost, the complexity of the methods, the need for trained personnel to conduct these experiments, and a lack of high precision. These approaches are also unable to detect about a third of respiratory viral infections, viral gastroenteritis, and viral encephalitis.

Clearly, there remains a need for low-cost diagnostic technologies that are practical, portable, reliable, accurate, and allow for point-of-care (POC) applications. The emergence of micro-and nanoscale technologies has offered a potential resolution to the challenges associated with the conventional methods used for viral diagnosis.

Some of the key advantages associated with micro-and nanoscale technologies include miniaturization, automation, practicality, and user-friendly nature. These technologies often utilize low-cost microfluidic channels with a high surface-to-volume ratio and minimal volume requirements, thus reducing the consumption of samples and expensive reagents. Micro- and nanoscale technologies are cost-effective solutions that are capable of detecting the enormous diversity of mammalian viruses known to infect humans.

Various types of samples obtained from the human body can be used to detect viral molecules for diagnosis purposes. For most laboratory tests, these samples include saliva, semen, urine, sputum, and feces. However, samples can also be collected when the patient undergoes a surgical procedure and/or is under anesthesia, which includes cerebrospinal, amniotic, cord, or synovial fluid.

Microneedle (MN) patch-based swabs have been used for several decades for sampling purposes. Some advantages associated with MN patches include high surface area and the ability to penetrate deeply into the skin, thus allowing for the efficient capture of viruses. In fact, when used for early etiological diagnosis of COVID-19, high ‘false negative result’ rates have been avoided.

Several different types of exhaled air sampling devices for viral detection have also been developed based on micro-and nanoscale technologies. As compared to previous exhale devices that are highly uncomfortable, these novel devices are more comfortable and can therefore be used for the early detection of respiratory viral infections.

Among the different micro-and nanoscale technologies that have been used to advance viral detection methods includes microfluidic technologies. Microfluidic sample processing can rapidly detect viral pathogens in a dynamic environment.

Lab-on-chip technologies that are equipped with microfluidic systems have produced promising results for their utility in the diagnosis of viruses. Each channel on the microfluidic system has a specific function such as sample preparation, reagent mixing, or detection, thus allowing for the integration of conventional detection methods into a miniaturized chip.

Some advantages associated with this type of diagnostic device include minimal sample volume requirements and versatility for both clinical and personal purposes. Furthermore, these microfluidic devices are also able to separate any unwanted molecules from the target of interest, thus allowing for viruses to be easily detected in blood, saliva, nasopharyngeal swabs, or urine samples.

Recognition and enrichment of biomarkers

As many samples will have low concentrations of important biomarkers that are used to support the diagnosis of a virus, accurate and reliable recognition and enrichment techniques are essential. As viruses are extremely small organisms that can be between 20 and 90 nanometers (nm) in size, it is crucial for recognition and enrichment methods to be capable of isolating, visualizing, and differentiating these small microorganisms from other molecules within the sample.

To this end, several different nanoparticles including quantum dots, as well as carbon-based and metallic nanoparticles, have been used for various viral applications. In particular, functionalized nanoparticles that have been conjugated with biomolecules like nucleic acids, antibodies, or proteins have increased the specificity of amplification techniques by sensing viruses, even when present at very low concentrations.

Several detection techniques based on micro-and nanoscale technologies have been developed in an effort to improve the sensitivity, cost-effectiveness, and ease of use as compared to conventional detection methods.

Several microchip-based techniques have also been employed for the detection of viruses. Optical sensors, electronic sensors, electromagnetic, piezoelectric biosensors, and deoxyribonucleic acid (DNA) microarray biosensors are some of the different technologies that have been coupled with on-a-chip platforms to miniaturize the diagnostic methods.

Some of the different methods that have been employed to produce easy-to-use and low-cost microfluidic devices include micromachining, computer numerical control milling, soft lithography, and carbon dioxide (CO2) laser cutting.

Two-dimensional (2D) and three-dimensional (3D) printing methods have also been used to speed up the production of various viral diagnostic devices. Importantly, 3D printing can be combined with other conventional manufacturing methods, such as machining, milling, and lithography, in an effort to fabricate complex devices.

Additional fabrication methods that were discussed for their utility in producing micro-and nanoscale systems for viral diagnostic purposes include screen printing, xurography, and lab-on-printed circuit board (PCB).

Overall, both micro-and nanotechnologies have increasingly growing roles in viral diagnostic processes. The clinical validation and optimization of these technologies are still needed to advance their incorporation into both research to clinical applications.