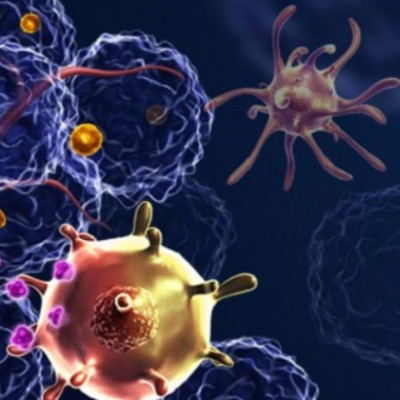 A research group led by Prof. LI Hongchang from the Shenzhen Institutes of Advanced Technology (SIAT) of the Chinese Academy of Sciences has identified a novel anticancer property of black phosphorus (BP) nanomaterials with mitosis-targeting mechanism.

Their findings were published in Nature Nanotechnology on August 5.

Nanomaterials have shown great promise in cancer therapy. However, whether a certain nanomaterial can target a specific organelle or even a specific biomolecule to elicit a specific cellular effect as in the case of many commonly used small molecular drugs remains largely unknown, which prevent their inclusion into mainstream clinical applications.

In this study, the researchers discovered a novel nano-biological effect where BP nanomaterials directly affect the core of all mitotic life as well as the cell cycle's centrosome machinery, and consequently present anticancer promise.

At the molecular level, they further identified the mitotic kinase PLK1 as a specific target of BP nanomaterials in cell cycle progression.

A model to illustrate the molecular anticancer activity of BP nanomaterials through blocking mitotic progression.

The study reveals a molecular mechanism for the tumoricidal properties of BP and proposes a direction for biomedical application of nanomaterials by exploring their intrinsic bioactivities.

Based on this study, they proposed that every kind of nanomaterial would have some specific interactions with some machinery within the cell, which means that nanomaterials can be applied for real nanomedicine development with their intrinsic nano-bio properties.