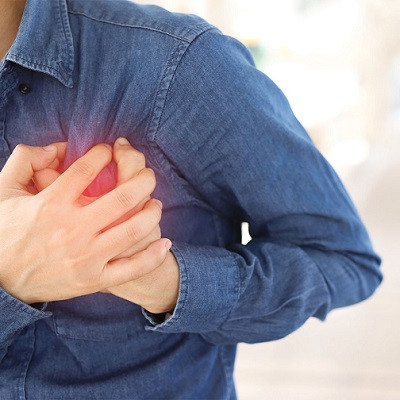 The use of a conductive nanomaterial-based cardiac tissue engineering system could help patients recover from heart attacks.

Heart attacks arising from the obstruction of arteries blocking blood flow are one of the major risks of cardiovascular disease. The build-up of scar tissue in the heart can severely reduce the efficiency of the organ, which itself is life-threatening.

Current medical approaches to returning function to the heart and limiting the effects of scar tissue growth exist but carry limitations. Not in the least the fact that these interventions are usually just short-term solutions.

A new research paper published in the journal Mircomachines¹ suggests that more long-term solutions to the after-effects of heart attacks  —  more formally known as myocardial infarction  —  could be delivered by nanotech tissues which can mimic cardiac tissue.

This is by no means the only medical application of nanomaterials in tissue replication, with a common application being the use of such substances as ‘scaffolding’ upon which natural tissue can grow. And, just as with the replacing of heart tissue, this is something that requires the ability to mimic natural tissues.

Whereas the development of scaffolding hinges on rigidity, the replacement of scar tissue in the heart with nanomaterial depends on flexibility and the ability to conduct electric current.

Inserted into patients surgically, these conductive nanomaterial-based cardiac tissue could return much of the heart’s normal function, particularly the electric conductivity that influences its natural rhythm.

The authors, including Arsalan Ul Haq, the Department of Clinical Sciences and Translational Medicine, University of Rome, Italy, look at current applications of nanotech in cardiac tissue engineering.

In particular, the researchers focus on the benefits that conductive nanomaterials can deliver to the repair of myocardial infarction-caused injuries.

A Small Solution for a Large Health Problem

In 2019 there were over 500 million active cardiovascular disease (CVD) cases globally, with CVD claiming the lives of 18.6 million people globally, making CVD is the world’s leading cause of death. The World Heart Foundation estimates that if CVD cases continue to increase at the current rate by 2030, the financial impact globally will be a stunning 1044 billion USD.

One of the most common effects of CVD is myocardial infarction  —  more commonly known as a heart attack. This occurs when blood flow to part of the heart decreases or stops altogether due to obstruction, thus damaging the heart muscle.

This damage comes in the form of the loss of billions of contractile cardiomyocytes  —  the form of cell responsible for the contracting of the heart and thus enabling the organ to pump blood around the body. During a heart attack, the lack of oxygen causes these tissues to be replaced with scar tissue rich in collagen.

This causes further problems for those with CVD because this scar tissue lacks the ability of contractile cardiomyocytes to contract, meaning it can’t help the heart to beat. Additionally, this scar tissue cannot conduct electric currents.

The heart's electric system is critical to the way it functions  —  coordinating the beating of heart muscles. That means that abnormalities in the heart’s electrical system, such as those caused by the growth of scar tissue can result in changes in heart rate and a severe loss of efficiency.

Currently, medical professionals tackle the effects of scar tissue with medicines like beta-blockers and ventricular assist devices (VADs). These are only short-term solutions, meaning that for a more long-term fix or in extreme cases, health practitioners need to resort to heart transplants.

The problem is, there are many more CVD cases than there are viable organ donors, and even when a donor can be found, the risk of tissue rejection is a significant one. There is another solution to this significant problem emerging from the field of nanotechnology, however.

The use of synthetic biomaterials to mimic human tissues isn’t particularly new, but the difficulty with applying this approach to the heart is that while the ability to flex and beat can be replicated, traditional fabrication techniques have failed in replicating the conductivity of cardiac tissues. This can be delivered by implanting nano-scale conductive materials like metal and carbon into inert biomaterial polymers. Introducing these ‘doped’ polymers to the heart can then reduce the electric resistance of scar tissue restoring electric conductivity.

This can have another effect also, the authors suggest. The introduction of such materials and the nurturing electrical microenvironment they create could actually facilitate healing in damaged cardiac tissues. This happens by improving cellular guidance and promoting some cells' activity while suppressing the activity of others. Additionally, improving communication between cells and could help replace the cells of narrowed arteries.

These conductive nanomaterials for the repair of heart attack injuries can be engineered with 3D printing, photolithography or electrospinning fabrication techniques. These fabrication methods offer researchers a range of different materials to use in biomedical nanomaterials, each with its own specific advantages and disadvantages. In particular, the authors point to carbon as a material that seems best suited to tissue engineering.

As it stands, while nanomaterials have been shown to be a game-changer in the field of CVD treatment, their full potential is, as of yet, unrealized. The authors conclude that fabrication techniques like those listed above must be improved to produce designs at the molecular scale. They also add that that this may ultimately require the introduction of entirely new methods of creating nanomaterials for medical use.

And while the short-term goal in cardiac tissue engineering is the creation of materials that can restore electrical function and regular beating to the heart, the authors suggest that the long-term plan may be the development of ‘lab-grown hearts’ for transplant. There has been some success in the field already. In May this year, the Austrian Academy of Sciences reported the successful growth of 3D heart-like organs in a petri-dish. The sesame seed-sized models created with the use of stem cells even beat like a human heart.

Until these lab-grown hearts can be perfected, however, nanomaterial-based cardiac tissue engineering may be the best bet for restoring function to a damaged heart.

Read the original article on AZoMaterials.