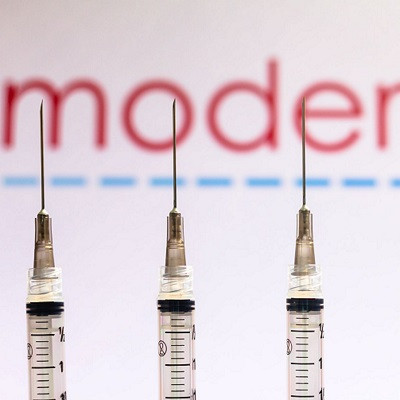 Moderna could start a Phase I trial of its mRNA HIV vaccine as early as this week, according to a clinicaltrials.gov update.

Moderna could start trials of its experimental mRNA HIV vaccine as early as 19 August, according to a new post from the firm on clinicaltrials.gov.

Moderna is looking to enrol 56 healthy adults without HIV to test the safety of the vaccine mRNA-1644 and basic immune response.

The vaccine is a collaboration between Moderna, the International AIDS Vaccine Initiative (IAVI) and the Bill and Melinda Gates Foundation (BMGF).

The candidate, mRNA-1644, is based on the same mRNA platform as Moderna’s highly effective Covid-19 jab, which is one of two of the only mRNA vaccines to be authorised anywhere in the world. The other is Pfizer-BioNTech’s Covid-19 vaccine.

“The uniquely challenging year of 2020 for all of society proved to be an extraordinary proof-of-concept period for Moderna,” said Moderna’s CEO Stéphane Bancel in a January 2021 update about the firm’s vaccine programmes.

“Even as we have shown that our mRNA-based vaccine can prevent Covid-19, this has encouraged us to pursue more-ambitious development programs within our prophylactic vaccines modality. Today we are announcing three new vaccine programs addressing seasonal flu, HIV and the Nipah virus, some of which have eluded traditional vaccine efforts, and all of which we believe can be addressed with our mRNA technology.”

mRNA-1644 will be the first HIV mRNA vaccine to be trialled in humans. Moderna will also be trialling another version of the candidate called mRNA-1644v2-Core. Both have been tested for safety in non-human subjects.

mRNA-1644 is designed to stimulate B cells of the immune system to generate broadly neutralizing antibodies (bnAbs) against the virus.

In 2009 previously undescribed potent bnAbs from large groups of HIV-infected individuals were first identified. It was the isolation of these antibodies that renewed activity in HIV vaccine development.

By investigating how these antibodies interact with the virus and neutralise it in lab tests, scientists were able to underpin numerous spots of vulnerability on the HIV virus, which they used to design vaccine immunogens.

The first of these engineered immunogens is eOD-GT8 60mer, developed by IAVI and partners. In a Phase I trial scientists tested whether this approach would stimulate the human immune system to initiate the generation of bnAbs.

An additional development that ignited interest in the design of immunogens to induce bnAbs was the gaining of a clearer understanding of HIV’s outermost protein – the HIV Envelope glycoprotein, which is the target of all bnAbs.

“For decades scientists were hindered by their inability to capture the precise structure of this notoriously unstable trimeric protein,” IAVI has noted. “But recent advances have allowed them to both stabilize and understand HIV Envelope in unprecedented detail.”

Now, the Moderna trial will explore how to deliver the eOD-GT8 60mer immunogen with Moderna’s mRNA technology and investigate how to use mRNA to direct cells to make proteins that will elicit immune responses against HIV.

The holy grail for HIV on the horizon?

A highly stigmatised virus, HIV is no longer a death sentence but it is responsible for acquired immunodeficiency syndrome (AIDS), a lifelong, progressive disease with no effective cure.

According to Moderna, approximately 38 million people worldwide are currently living with HIV with 1.2 million in the US. Approximately two million new infections of HIV are acquired worldwide every year and around 690,000 people die annually due to complications from HIV/AIDS.

The most common routes of transmission are sexual intercourse and IV drug use, meaning that younger people are at the highest risk of infection.

HIV represents a significant economic burden – from 2000 to 2015, a total of $562.6 billion globally was spent on care, treatment and prevention of HIV.

The first vaccine for this devastating disease is considered a holy grail in pharma.

There have been multiple attempts before now but many were found to be unsafe and most failed to demonstrate a hint of effectiveness – two studies evaluating adenovirus type-5 vectored vaccines for HIV (Ad5) in the 2000s were found to actually increase the risk of HIV infection.

Other vaccines for various infectious diseases including Covid use an inactive form of the virus they aim to generate an immune response for – in some cases ‘live’ viruses are used.

mRNA vaccines however don’t contain any parts of a virus meaning that they should be safer.

With this type of vaccine, a piece of messenger RNA that codes for a part of the virus, in this case HIV, is enfolded into a vector. Once injected, the mRNA travels inside cells, where the cells’ genetic machinery produces the virus protein. Based on that protein, the immune system is then trained to recognise the virus so that when it encounters it, it rallies to attack it.

Over the years, HIV has mutated into numerous variants. Another possible benefit of the mRNA approach is that it is viewed as easily modifiable, meaning it could have an edge over other vaccine techniques.

Moderna noted the Phase I trial, to be conducted with US academic partners including the University of Texas at San Antonio, George Washington University, Fred Hutchinson Cancer Research Center and Emory University, is expected to be completed by May 2023.

If the vaccine is found to be safe and shows signs of generating an immune response, it will progress to more advanced trials and spur hopes that a comprehensive solution to one of the world’s most devastating pandemics is on the way.

As IAVI president Mark Feinberg wrote in June at the 40th anniversary of the HIV epidemic: “The only real hope we have of ending the HIV/AIDS pandemic is through the deployment of an effective HIV vaccine, one that is achieved through the work of partners, advocates, and community members joining hands to do together what no one individual or group can do on its own.”