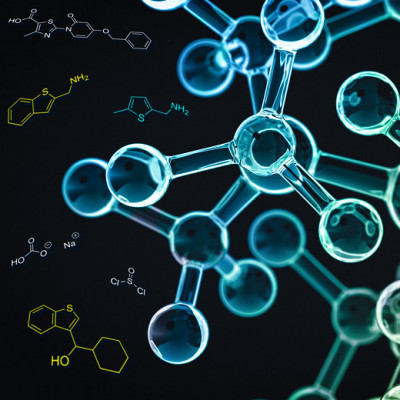 POSTECH and a group of researchers developed a technology that dramatically improves the performance of plasmonic photocatalysts using ‘[email protected]’ nanocrystals with atomically conformal metal laminations.

[email protected] nanocrystals, which have a structure of a core surrounded by a shell, can harness the interfacial synergy from the core and shell counterparts, rendering applications in catalysis, electronics, and displays. In particular, the surface of the core plasmonic nanoparticles (gold) are uniformly coated with catalytically active transition metals (platinum, palladium, ruthenium, and rhodium) in the [email protected] structures. Under the exposure of light, the surface of this photocatalytic hybrid can efficiently convert light energy into chemical energy.

In order to form an efficient plasmonic-catalytic hybrid system, a technique for coating a very thin metal shell on the plasmonic core is crucial. However, conventional strategies reported so far cause thick shells by damaging or deforming the core materials, significantly compromising their plasmonic characteristics.

The research team led by Professor In Su Lee of POSTECH’s Department of Chemistry fabricated a nanostructure confinement system to eliminate the factors that caused thick shell growth in conventional techniques and a system where plasmonic nanoparticles can be individually separated in solution. Here, by irradiating a light source, the researchers succeeded in coating the surface of the plasmonic nanocrystals with a very thin and uniform laminations with a thickness of an atom. It can be expressed similarly to coating the surface of a pill in a capsule with a thin film. 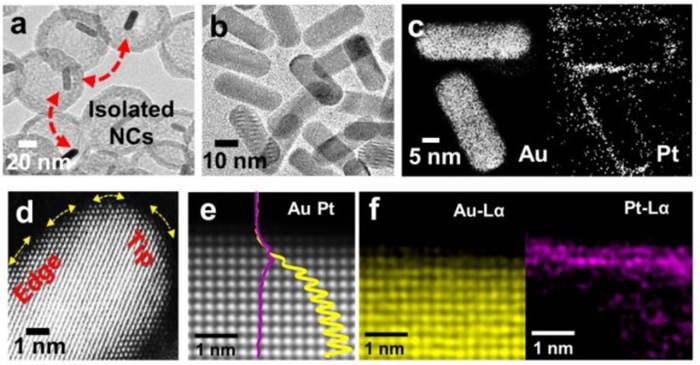 This thinly coated metal lamination did not affect the optical properties of the core material, and this strategy provides a platform to synthesize hybrid photo-catalytic materials, in which the catalytic performance of the shell and the plasmonic properties of the core material are effectively combined. In particular, [email protected] hybrid nanocrystals coated with a thin platinum film on plasmonic gold nanorods exhibited very high energy conversion resulting the enhanced rate of catalysis for a photocatalytic reaction, which converts organic molecules using near-infrared laser as an energy source without any loss in the catalytic activity even after repeated use. Moreover, using this approach, different surface curvatures of plasmonic nanocrystals can be independently coated and activated using different light sources, so that the activity of a specific catalyst among mixed catalyst materials can be selectively and remotely operable.

“With the synthesis approach developed in this study, catalytically active metals can be thinly coated on the surface of various types of plasmonic nanoparticles at the atomic level,” remarked Professor In Su Lee who led the study. “Through synergy with the metal shell, it can be used as a high-efficiency photocatalyst in various fields including sustainable energy conversion, biotechnology, and biomedical fields.”
A POSTECH research team led by Professor In Su Lee, Research Professor Amit Kumar, and Ph.D. candidate Anubhab Acharya of POSTECH’s Department of Chemistry in joint collaboration with professors Junsuk Rho of POSTECH, Yoon-Kyoung Cho of UNIST, and Sang Ho Oh of Sungkyunkwan University. Based on the unique ‘nanospace-confined chemical reaction (NCCR)’ research being studied by the research center, it is anticipated that this research can be developed into a technology for artificially regulating the functions of cells.

In recognition of its wide range of applications, the study was published as a cover paper in the Journal of the American Chemical Society, an authoritative journal in the field of chemistry. The study was conducted with the support from the Leader Researcher Program and the Creative Research Program of the National Research Foundation of Korea.