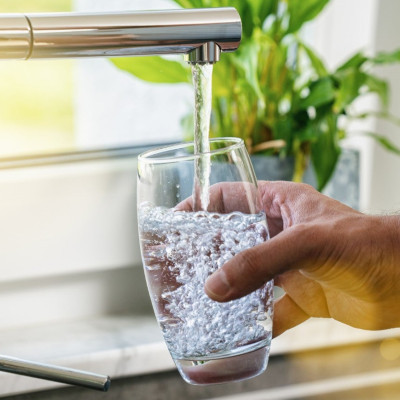 Carbon dioxide from the atmosphere can dissolve in oceans, lakes and ponds, forming bicarbonate ions and other compounds that change water chemistry, with possible harmful effects on aquatic organisms. In addition, bicarbonate can reenter the atmosphere as carbon dioxide later, contributing to climate change. Now, researchers have developed tiny “nanojars,” much smaller than the width of a human hair, that split bicarbonate into carbonate and capture it, as well as certain toxic anions, so the ions can be removed and potentially recycled.

The researchers will present their results today at the fall meeting of the American Chemical Society (ACS). ACS Fall 2021 is a hybrid meeting being held virtually and in-person Aug. 22-26, and on-demand content will be available Aug. 30-Sept. 30. The meeting features more than 7,000 presentations on a wide range of science topics. 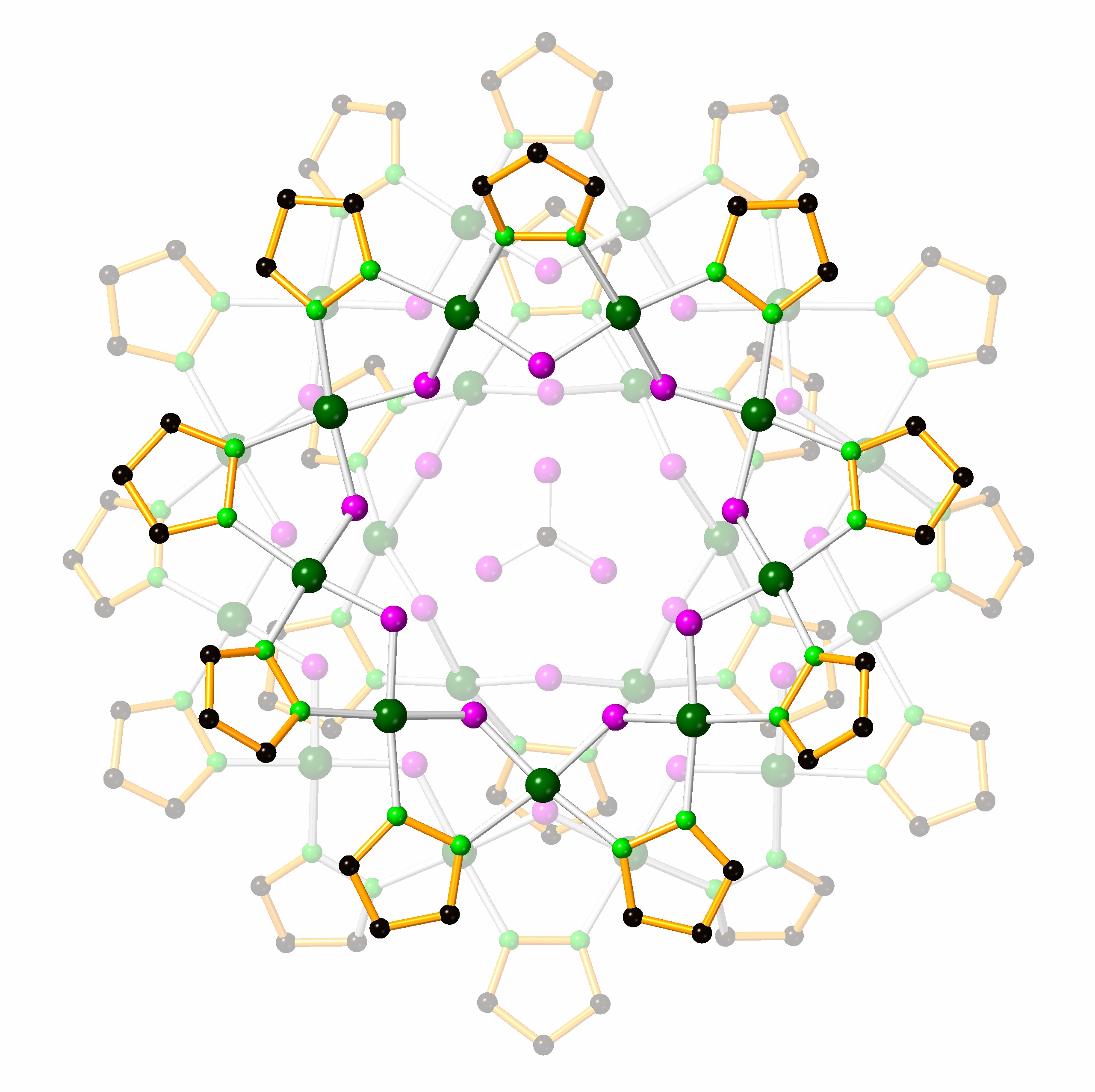 A nanojar traps a carbonate ion (center) to remove it from water.

“We originally developed nanojars to extract harmful negatively charged ions, like chromate and arsenate, from water,” says Gellert Mezei, Ph.D., who is presenting the work at the meeting. “But it turns out that they also bind strongly to carbonate.” Carbonate or other ions captured in the nanojars could later be disposed of or recycled into useful products, he says.

Nanojars are tiny containers made up of multiple repeating units of a copper ion, a pyrazole group and a hydroxide. The jars only form when an ion with a –2 charge, such as chromate, arsenate, phosphate or carbonate, is present. When the proper ingredients are added to an organic solvent, the repeating units form and assemble into nanojars, with the –2 charged anion bound tightly at the center.

The researchers have used nanojars to remove toxic anions from water. “We’ve shown that we can extract chromate and arsenate to below U.S. Environmental Protection Agency-permitted levels for drinking water ­–– really, really low levels,” Mezei says. The nanojars have an even higher affinity for carbonate, and adding a molecule called 1,10-phenanthroline to the mixture produces nanojars that bind two carbonate ions each instead of one.

The team has also made nanojars that are selective for certain anions. “The original pyrazole building block makes nanojars that are totally selective for –2 charged ions, but they can’t discriminate among these ions,” Mezei says. By using two pyrazoles tethered by an ethylene linker as a building block, the researchers made nanojars that bind preferentially to carbonate. More recently, they’ve shown that using two pyrazoles with a propylene linker produces sulfate-selective nanojars. These anion-selective nanojars will be important for applications in which only certain –2 charged ions should be removed.

The researchers have also been working on making the process more suitable for real-world applications. For example, they’ve swapped a weak base, trioctylamine, for the strong base, sodium hydroxide, originally used to make nanojars. “Trioctylamine, unlike sodium hydroxide, is soluble in the organic phase and makes the formation of the nanojars much more efficient,” Mezei says. Interestingly, trioctylamine causes nanojars to form with slightly different structures, which he refers to as “capped” nanojars, but they appear to bind carbonate just as tightly.

So far, all of the experiments have been conducted at the laboratory scale. Developing a system to treat large volumes of water, such as in a lake, will require collaboration with engineers, Mezei says. However, he envisions that contaminated lake water could be pumped into a station for treatment and then returned to the lake. Some ions, such as phosphate, could be recycled for useful purposes, such as fertilizer. Carbonate might be recycled to make “green” solvents, called carbonate esters, for the nanojar extraction itself. “Whether this process for removing carbon dioxide from water –– and indirectly, the atmosphere –– would be competitive with other technologies, that I don’t know yet,” Mezei says. “There are many aspects that have to be taken into account, and that’s a tricky business.”