Smart Plaster Could Accelerate the Healing of Chronic Wounds 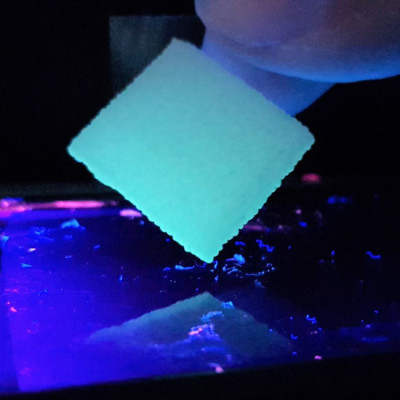 Circulatory disorders, diabetes or lying in the same position for extended periods can all lead to chronic wounds that do not heal. There are hardly any effective treatment options. A materials science research team from Kiel University (CAU), together with colleagues from the University Medical Center Schleswig-Holstein (UKSH), Harvard Medical School, USA, and Dankook University in South Korea, has developed a wound patch with enhanced healing functions which can be individually adapted for each patient. The 3D-printed patch has antibacterial properties, supplies the wound with oxygen and moisture, and supports the formation of new tissue. The properties are activated and controlled by irradiation. The scientists from materials science and medicine recently presented their concept in the scientific journal Advanced Functional Materials, where it featured as the cover story.

The basis of the newly developed patch is a medical hydrogel. Due to its high water content of 90 percent and comparatively large spacing on the microscale, the patch can provide optimal care for chronic dry wounds. However, the most important component is antibacterial zinc oxide microparticles, which react to light and were developed by the materials science researchers in Kiel. Together with a team from the Brigham and Women’s Hospital of Harvard Medical School, Boston, they found a way to apply special proteins to the microparticles. These proteins are activated with cell-friendly green light, and thereby stimulate the formation of new blood vessels. The improved blood circulation gives rise to new tissue, which enables the wound to close.

In the long term, clinics should be able to produce individual patches themselves using a 3D printer
"By controlling the effects of the patch with light, we can adapt the course and dosage of the treatment to the individual needs of patients," said Rainer Adelung, Professor of Functional Nanomaterials at the Institute for Materials Science at Kiel University and spokesperson for the Research Training Group "Materials for Brain". Materials science refers to this as a ‘smart’ material, that independently reacts to external stimuli and can be controlled by them. Similarly functioning hydrogel patches already exist, which can also be activated in a targeted manner – but their therapeutic effects are triggered through heat or electrical signals. "However, these concepts have the disadvantage that the wound also warms up and the hydrogels begin to disintegrate," explained Adelung.

The research team hopes that in the long term, clinics can produce its multifunctional, controllable patches themselves using a 3D printer, and activate the patches directly on patients with very bright, green LEDs. "The shape of the patch as well as the concentration of the zinc oxide particles and the type of protein can be individually adjusted by 3D printing," said first author Dr. Leonard Siebert, who just completed his PhD on innovative 3D-printing methods at Kiel University. During a research stay of several months at the renowned Harvard Medical School in Boston, the materials scientist researched in the working group of Professor Su Ryon Shin, who produces medical hydrogels using special biological 3D printers. "Our particles have a tetrapodal shape, i.e. they consist of several ‘arms’. This means that many of our important proteins can be applied to them, but they do not fit through conventional print nozzles," said Siebert to describe one of the challenges of their approach. In Boston, he finally developed a method to print the zinc oxide particles from his Kiel working group together with the hydrogels.

Test results from Kiel, the USA and South Korea show potential of the patch for personalised medicine
In addition, the Kiel materials scientists worked closely with Professor Helmut Fickenscher, a specialist in infection medicine at the CAU and the University Medical Center Schleswig-Holstein (UKSH). He and his team tested the antibacterial properties of the patch: they put it on a bacterial biofilm for 72 hours and discovered that the bacteria do not proliferate within a radius of several millimetres around the patch. "For this test, we used two typical wound germs with two entirely different structures: Staphylococcus aureus and Pseudomonas aeruginosa. The patch demonstrated a therapeutic effect for both fundamental types, which suggests a universal effect,” summarised Dr Gregor Maschkowitz, medical microbiologist at the UKSH. Further in vivo tests were conducted at the NBM Global Research Center for Regenerative Medicine at Dankook University, South Korea. The initial results there also indicate good tolerability of the patch and improved wound healing. 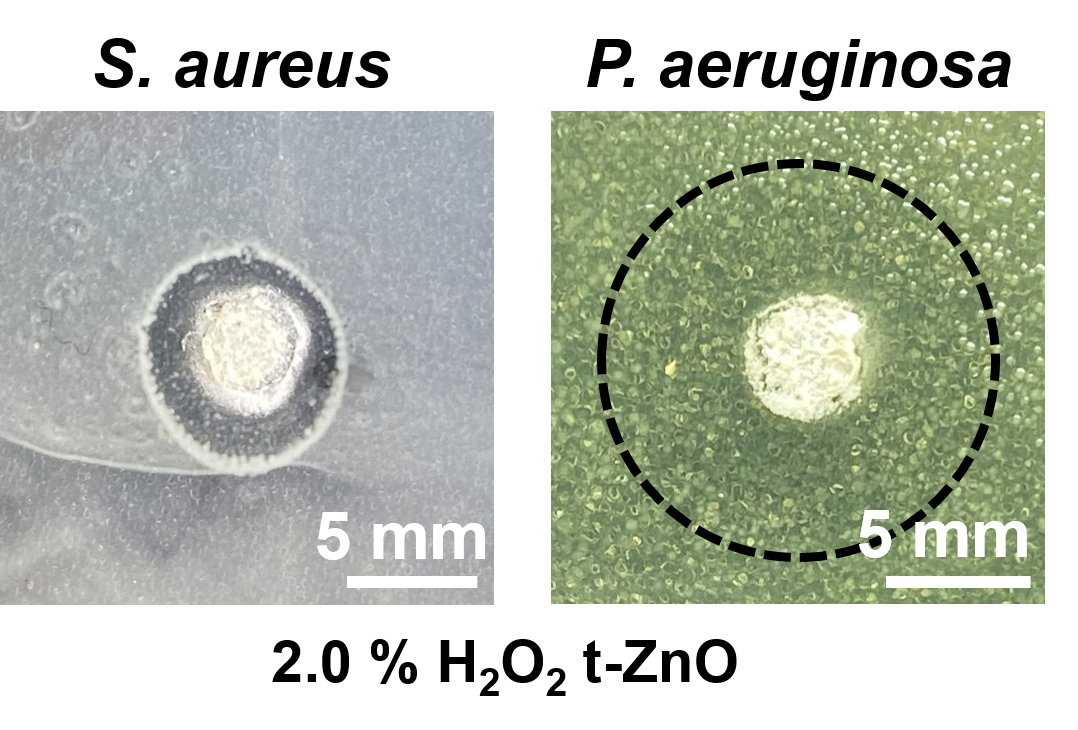 In tests, the hydrogel patch demonstrated its antibacterial efficacy against two typical wound germs: with Pseudomonas aeruginosa (right), significantly fewer bacteria have colonised the area directly around the patch after 72 hours (dotted circle). With Staphylococcus aureus (left), the bacteria have even disappeared completely from the area directly around the patch (dark grey circle).

"This patch is an exciting concept for personalised medicine, to treat people using customised treatments as precisely, effectively and gently as possible. It is a tangible example of the promising potential of collaboration between medicine and materials science, which will become increasingly important in the future," said Professor Fickenscher about the interdisciplinary cooperation project. Now that the initial tests have shown that their concept works well in principle, the researchers want to improve the control using light even further, so that patients can be offered even more effective personalised wound treatment in future.