Adding Foreign Atoms to Graphene Does Wonders to Boost its Properties 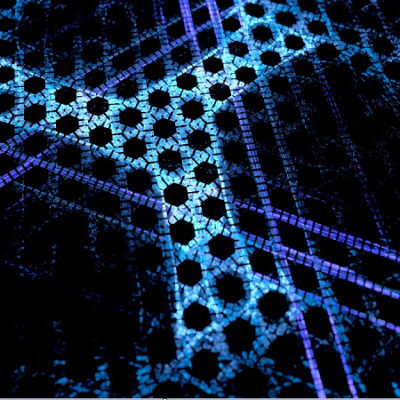 Scientists from South Korea add foreign atoms to monolayer graphene in a controlled manner to selectively enhance its desirable properties.

Monolayer graphene finds practical applications in many fields, thanks to its desirable intrinsic properties. However, these properties can also limit its potentials. The addition of foreign atoms can help, but requires precise control. Now, researchers from South Korea invented a simple methodology to achieve fine control over the integration of foreign atoms with graphene, developing composite graphene-based heterostructures that can be used to store energy at low cost and fabricate ultrathin, wearable electronics.

Few materials have stolen the limelight like graphene. Since its discovery, graphene has become the go-to for nearly any technology out there, thanks to its exceptional properties such as high surface area, chemical stability, and high mechanical strength and elasticity. However, despite its seemingly limitless applications, graphene’s potential remains underutilized due to several factors, most notably its single-atom thickness, chemical inertness, and the lack of an energy gap.

One way to overcome these limitations is by integrating graphene with other materials, such as metals, insulators, and semiconductors, to form composite structures with desirable properties. For instance, researchers are adding metal oxides to graphene to create graphene monolayer/metal-oxide nanostructures (GML/MONSs) that have improved physical and chemical properties. However, depositing uniform layers of metal oxides over graphene without disturbing the characteristics of the graphene layer is extremely challenging.

In a new study published in Nano Energy, a team of materials scientists from South Korea has now developed GML/MONSs by using a low-temperature technique known as electrochemical deposition, in which they grew metal-oxide nanostructures exclusively on the native defect sites of graphene. They achieved this by immersing a single-atom-thick graphene layer in a metal-oxide precursor solution. By adjusting the deposition time, the scientists were able to precisely deposit the metal oxide onto the graphene monolayer, creating composite structures with unique properties in the process. “Metal-oxide integrated graphene monolayers with lower densities (≤30 μg/cm2) possess fewer defects, whereas those with higher densities have synergistic characteristics,” explains Professor Sungwon Lee from Daegu Gyeongbuk Institute of Science & Technology (DGIST), South Korea, who was a part of the research team.

By controlling the thickness and density of the metal oxide, the scientists developed high energy density cobalt oxide (Co3O4)/GML-based micro-supercapacitors that could be used as a power source, and ultrathin zinc oxide (ZnO)/GML-based photoresistors that possessed excellent flexibility and wearability.

The scientists are excited about the future prospects of their novel methodology. “This new class of heterostructures could be adopted for the fabrication of non-toxic and low-cost energy conversion and storage devices as well as the development of ultrathin, lightweight, and skin-mountable devices that can be integrated with real-time health monitoring systems,” comments Prof. Lee.

The team’s findings pave the way for the development of biocompatible, durable, eco-friendly, and ultralight graphene-based materials.

Read the original article on DGIST.