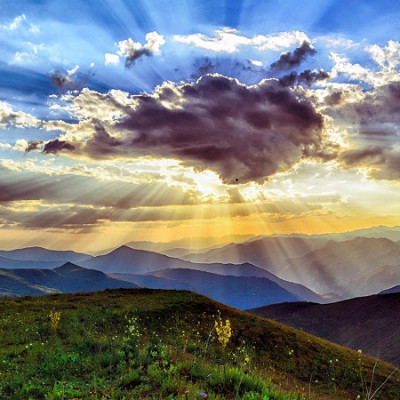 A new study published today in the journal Environmental Science & Technology finds that exposing certain nanomaterials to light can influence their environmental transformation, fate and, ultimately, their toxicity. The discovery provides new insights into the behavior of engineered nanomaterials and how they can be better designed for numerous commercial applications without impacting the environment or human health.

“Nanomaterials are ubiquitous in our world today and can be found in common products such as our sunscreens, cosmetics and clothing,” said Dr. Danmeng Shuai, an associate professor of civil and environmental engineering at the George Washington University who co-led the study. “Every day, new nanomaterials are being considered for commercial use, but do we really understand how these materials break down in the environment and the implications? Our study suggests there’s more to learn before setting loose another nanomaterial in the world.”

With support from the National Science Foundation’s Environmental Chemical Sciences program and the Air Force Office of Scientific Research, researchers at GW, American University, the United States Naval Academy and University of Illinois at Chicago examined graphitic carbon nitride, an emerging engineered nanomaterial that has been extensively considered for water treatment, air purification, antimicrobials, energy storage, electronics, biomedical therapy and more. The nanomaterial was previously believed to be highly stable and only decomposed in the presence of hydroxyl radicals, the most powerful oxidant in water.

The research team, however, found that the nanomaterial’s decomposition by hydroxyl radicals was also affected by light: the nanomaterial breaks down rapidly when exposed to light, but decomposes slowly in the absence of light. According to the researchers, this should raise concerns about the perceived stability of the nanomaterial and industry’s potential use of it.

“Our study highlights how engineered nanomaterials might persist or degrade in the environment as well as their potential toxicity,” Mengqiao Li, a doctoral student in civil and environmental engineering at GW and first author of the study, said. “It also highlights where more research is needed to guide the design of future nanomaterials that are more stable and don’t harm the environment.” Mengqiao recently received the C. Ellen Gonter Environmental Chemistry Award for this study, a prestigious award provided by American Chemical Society Division of Environmental Chemistry.

Read the original article on The George Washington University.