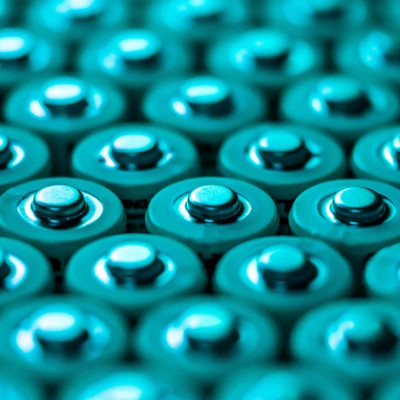 Sila Nanotechnology, a Silicon Valley-based battery materials company backed by Daimler, said the first commercial application of its silicon-based anodes is for a new fitness tracker and that its longer-term goal is to help get lower-cost, longer-range electric cars on the road.

The Alameda, California-based company said today that its materials are being used in the WHOOP 4.0 health and fitness tracker, allowing for a smaller battery and more compact device. Sila Nano is scaling up production of its anode materials, which replace traditional graphite anodes in lithium-ion batteries, and aims to be supplying them for electric vehicle battery packs by 2025, says cofounder and CEO Gene Berdichevsky. A former Tesla battery engineer, he says commercialization of the new anode technology is the biggest breakthrough for lithium-ion cells in three decades.

“What this really means is that our technology is not just a good scientific breakthrough, but is actually viable, commercially scalable, and that over time can lead to accelerating the electrification of everything,” he tells Forbes. “What's really cool about this technology is that the nature of the material is the exact same between the WHOOP 4.0. And what will eventually go into a Mercedes, a BMW, or any EV. We just need to produce more of it.”

Sila claims its silicon-based anode powder allows for a 20% improvement in efficiency over current lithium-ion cells and could eventually boost efficiency by 40%. Gains of that magnitude mean automakers can make electric vehicles more affordable by reducing the size of battery packs to achieve the same range or create EVs with longer range without adding weight.

Materials advances like those touted by Sila Nano may prove critical to helping hold down the cost of electric vehicles and advanced batteries. The power storage devices remain the single most expensive part of an EV and could remain expensive despite pack efficiency improvements because batteries rely on globally sourced commodity metals and materials. Tesla, for example, continues to expand sales of its electric cars and hatchbacks, yet still struggles to sell any of its models for less than $40,000. Berdichevsky, who was part of Tesla’s original battery team when it introduced the Roadster in 2008, cofounded Sila Nano more than a decade ago. The company has raised more than $900 million from investors including Coatue Management, 8VC, Bessemer Venture Partners, Canada Pension Plan Investment Board and Sutter Hill Ventures, along with Daimler. The company is also working with BMW and Japan’s Amperex Technology Limited, or ATL, plans to set up a North American plant that will open in 2024 and eventually produce anode materials for 100 GWh of batteries annually, enough for 1 million electric vehicles.

The WHOOP 4.0 is thinner and lighter than the version it replaces, and its battery can perform for five days using Sila Nano’s technology before needing to be recharged. “One of the greatest barriers to advancing the design of wearable technologies has been the weight and size of the battery technology available,” WHOOP cofounder and CTO John Capodilupo said in a statement. “With Sila, all that has changed. We’ve been able to transform WHOOP 4.0 from its previous version and load it with new features and capabilities, without battery performance compromise.”

The project with WHOOP “is the biggest milestone in the company's history,” Berdichevsky says. “We're now 10 years old. And this is the realization of a huge amount of work of actually being in market.”

Read the original article on Forbes.