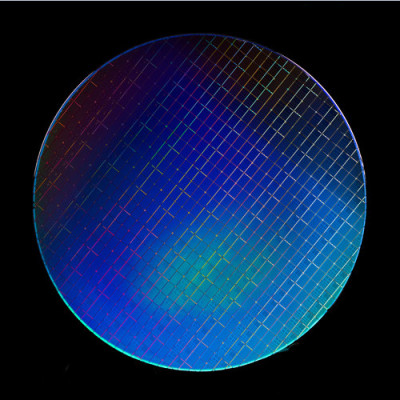 An all-RIKEN team has increased the number of silicon-based spin qubits that can be entangled from two to three, highlighting the potential of spin qubits for realizing multi-qubit quantum algorithms.

Although less mature than some other qubit technologies, tiny blobs of silicon known as silicon quantum dots have several properties that make them highly attractive for realizing qubits. These include long coherence times, high-fidelity electrical control, high-temperature operation and great potential for scalability. However, to usefully connect several silicon-based spin qubits, it is crucial to be able to entangle more than two qubits, an achievement that had evaded physicists until now. 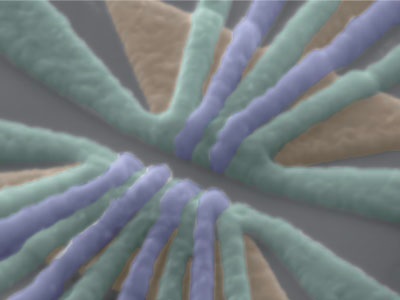 Seigo Tarucha and five colleagues, all at the RIKEN Center for Emergent Matter Science, have now initialized and measured a three-qubit array in silicon with high fidelity (the probability that a qubit is in the expected state). They also combined the three entangled qubits in a single device.

This demonstration is a first step toward extending the capabilities of quantum systems based on spin qubits. “Two-qubit operation is good enough to perform fundamental logical calculations,” explains Tarucha. “But a three-qubit system is the minimum unit for scaling up and implementing error correction.”

The team’s device consisted of a triple quantum dot on a silicon/silicon–germanium heterostructure and is controlled through aluminum gates. Each quantum dot can host one electron, whose spin-up and spin-down states encode a qubit. An on-chip magnet generates a magnetic-field gradient that separates the resonance frequencies of the three qubits, so that they can be individually addressed.

The researchers first entangled two of the qubits by implementing a two-qubit gate—a small quantum circuit that constitutes the building block of quantum-computing devices. They then realized three-qubit entanglement by combining the third qubit and the gate. The resulting three-qubit state had a remarkably high state fidelity of 88%, and was in an entangled state that could be used for error correction.

This demonstration is just the beginning of an ambitious course of research leading to a large-scale quantum computer. “We plan to demonstrate primitive error correction using the three-qubit device and to fabricate devices with ten or more qubits,” says Tarucha. “We then plan to develop 50 to 100 qubits and implement more sophisticated error-correction protocols, paving the way to a large-scale quantum computer within a decade.”