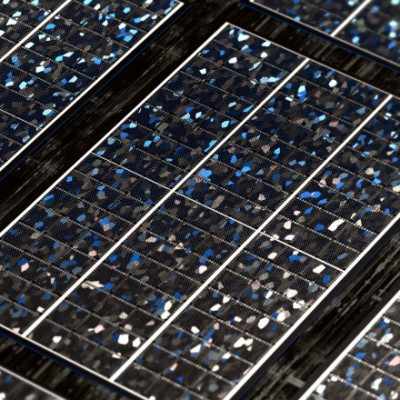 Loughborough University has received a £2m Strategic Equipment Award from EPSRC to invest in a new state-of-art ‘thin film’ equipment – the first of its kind in the UK.

The new hardware will allow physicists in the School of Science to rapidly develop cutting-edge functional nanodevices that use 2D materials such as graphene, metal dichalcogenides and borophene.

Scientists will be able to create nanometre-sized structures for use in electronic circuits and chips, such as those found in computers, phones and tablets without the need for a cleanroom.

Next-generation 2D materials have distinctive potential and significance due to their unique electric, magnetic, optical and thermal properties – making them very different to bulk materials, which are influenced by physical properties rather than surface area.

The new multichambered system is comprised of a glovebox – a sealed transparent container for preparing air-sensitive samples – attached to three or more ultra-high vacuum chambers. The inclusion of a unique lithography tool – the NanoFrazor Scholar from Heidelberg Instruments – will enable in-situ patterning of air-sensitive materials – a system that does not exist in the UK yet.

It will help scientists to gain a unique understanding of the properties of 2D materials incorporate them in advanced functional devices for new innovative technologies, such as emerging quantum technologies or advanced solar and thermoelectric energy harvesting devices.

One of the co-investigators on the grant, Dr Pavel Borisov, of the School of Science, said: “We plan to use thin films of 2D materials to design novel, nanometre-sized resistors and capacitors that can mimic the way how neural cells operate in the mammal brain, for example by changing their resistance and capacitance values after being exposed to series of electric voltage pulses.

“The artificial electronic analogues, the so-called neuromorphics, are very promising for the next generation of electronic devices for artificial intelligence applications and would allow energy-efficient operation of neural networks.”

Professor Kelly Morrison, also of the School of Science, said: “It’s exciting to imagine the new physics that we will be able to explore with this equipment, such as the development of 2D metamaterials that would revolutionise Terahertz photonics or the next generation of computing.”

The equipment is expected to arrive at the University towards the end of 2022.