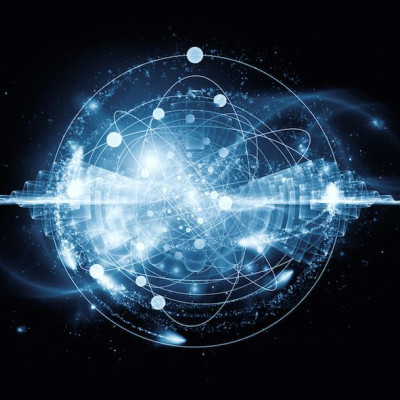 In the past few years, suitably engineered stacks of two-​dimensional materials have emerged as a powerful platform for studying quantum correlations between electronic states. ETH physicists now demonstrate how key properties of such systems can be conveniently tuned by changing an applied electrical field.

Exploring the properties and behaviours of strongly interacting quantum particles is one of the frontiers of modern physics. Not only are there major open problems that await solutions, some of them since decades (think high-​temperature superconductivity). Equally important, there are various regimes of quantum many-​body physics that remain essentially inaccessible with current analytical and numerical tools. For these cases in particular, experimental platforms are sought after in which the interactions between particles can be both controlled and tuned, thus allowing the systematic exploration of wide parameter ranges. One such experimental platform are carefully engineered stacks of two-​dimensional (2D) materials. Over the past couple of years, these ‘designer quantum materials’ have enabled unique studies of correlated electronic states. However, the strength of the interaction between the quantum states is typically fixed once a stack is fabricated. Now the group of Professor Ataç Imamoğlu at the Institute for Quantum Electronics reports a way around this limitation. Writing in Science, they introduce a versatile method that enables tuning of the interaction strength in 2D heterostructures by applying electrical fields. 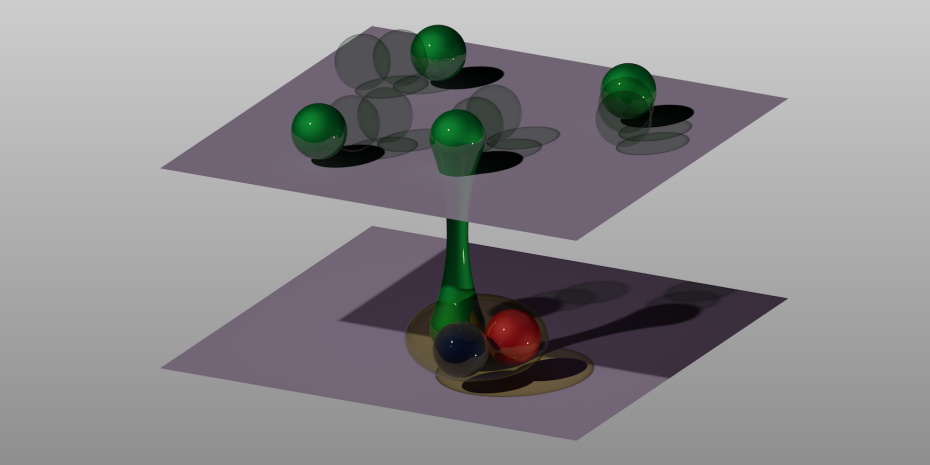 Feshbach resonance in a twisted bilayer system. When holes (shown in green) in one layer spatially overlap with excitons (black and red) in the other, then a hole can tunnel and form a Feshbach molecule with the exciton.

Strength in a twist

Two-​dimensional materials have been in the spotlight of solid-​state research ever since the first successful isolation and characterization of graphene — single layers of carbon atoms — in 2004. The field expanded at breath-​taking speed ever since, but received a notable boost three years ago, when it was shown that two graphene layers arranged at a small angle relative to one another can host a broad range of intriguing phenomena dominated by electronic interactions.

Such ‘twisted bilayer’ systems, also known as moiré structures, have been subsequently created with other 2D materials as well, most notably with transition metal dichalcogenides (TMDs). Last year, the Imamoğlu group demonstrated that two single layers of the TMD material molybdenum diselenide (MoSe2), separated by a single-​layer barrier made of hexagonal boron nitride (hBN), yield moiré structures in which strongly correlated quantum states emerge. In addition to purely electronic states, these materials also exhibit hybrid light–matter states, which ultimately enables studying these heterostructure by optical spectroscopy — something that is not possible with graphene.

But for all the fascinating many-​body physics that these MoSe2/hBN/MoSe2 structures provide access to, they share a drawback with many other solid-​state platforms: the key parameters are more or less fixed in fabrication. To change that, the team, led by postdocs Ido Schwartz and Yuya Shimazaki, now adopted a tool that is widely used in experiments on a platform famed for its tunability, ultracold atomic quantum gases.

Schwartz, Shimazaki and their colleagues demonstrated that they can induce in their system a so-​called Feshbach resonance. These allow, in essence, to tune the interaction strength between quantum entities by bringing them into resonance with a bound state. In the case explored by the ETH team, these bounds states are between an exciton (created using the optical transitions in their system) in one layer and a hole in the other layer. It turns out that when exciton and hole overlap spatially, then the latter can tunnel to the other layer and form an inter-​layer exciton–hole ‘molecule’ (see the figure). Crucially, the relevant inter-​layer interaction strength of the exciton–hole interactions, can be readily changed using electric fields.

This electrical tunability of the binding energy of the ‘Feshbach molecules’ is in contrast to atomic systems, where Feshbach resonances are typically controlled with magnetic fields. Moreover, the experiments by Schwartz, Shimazaki et al. yield the first Feshbach resonances that take place in truly 2D systems, which is of interest in itself. More important, however, might be that the electrically tunable Feshbach resonances explored now in MoSe2/hBN/MoSe2 heterostructures should be a generic feature of bilayer systems with coherent tunnelling of electrons or holes. This means that the newly introduced ‘tuning knob’ might become a versatile tool for a broad range of solid-​state platforms based on 2D materials — opening up in turn intriguing perspectives for the wider experimental exploration of quantum many-​body systems.