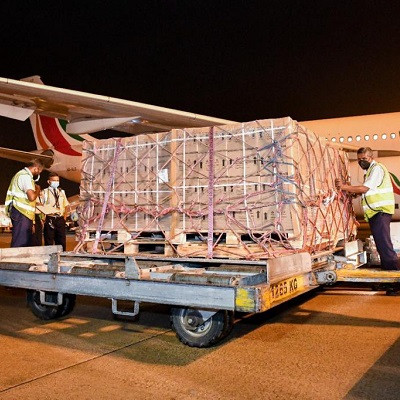 While Sri Lanka is importing nano nitrogen liquid fertiliser from India, the country’s own scientist Prof. Nilwala Kottegoda and her team at the Sri Lanka Institute of Nanotechnology (SLINTEC) – in the search for world renowned farming techniques – developed a novel nano fertiliser platform technology for the first time 11 years ago.

“As one of the novel concepts, this new fertiliser product received four US patents and there was international attraction realising its future potential,” SLINTEC Board member Prof. Kottegoda, the lead scientist in this pioneering team in developing the concept of slow release nano fertiliser, said in an interview with the Business Times on Wednesday.

Due to various reasons Sri Lanka was not able to commercialise the product at the time and as a result the technology was transferred to an Indian fertiliser company in order to generate foreign income for SLINTEC which was a start-up company at the time, she explained.

Sri Lanka has not sold all patent rights; conversely the right to use the concept in manufacturing the product here is still possible together with SLINTEC, she noted.

“I’m glad at that time, we were the global first and it was a unique patent for Sri Lanka. But current material (the Indian product) is not the same although conceptually it is,” Prof. Kottegoda explained. The Sri Lankan product is a soil application with 38-40 percent loading of nitrogen while the imported product is a foliar application with 4 percent loading (of nitrogen).

Prof. Kottegoda further explained, “When urea is applied to soil up to 50-70 percent is wasted as water soluble compounds and greenhouse gas emissions. In our innovations urea molecules are anchored onto nanoparticles which offer a high surface area to hold a large number of urea molecules; thus the wastage is minimum. Nanoparticles facilitate the slow and sustained release of nitrogen which is more available to the plants.”

Furthermore, the Sri Lankan innovation has been tested at the farmer field level for rice and tea with the support from the Rice Research and Development Institute and Tea Research Institute (TRI). Up to 25-40 percent saving of nitrogen along with a 10-15 percent yield improvement was noticed.

“Eleven years back, it was a new global concept and it is natural that commercialisation does not take place immediately,” Prof. Kottegoda explained adding that “there were many challenges for Sri Lanka to commercialise since urea had to be imported for the production process. The process was more feasible in a urea producing country which adds minimum extra cost”.  This is a “slow release next generation fertiliser”, she said.

Prof. Kottegoda’s team has further developed this platform technology towards a greener process in terms of energy and minimum wastage and already received more patents. “It was a platform technology motivating many other innovations to flourish”.  Her team has also developed a new process to solubilise Eppawala rock phosphate. The rest of the work is being carried out together with the Sri Jayewardenepura University, she noted.

SLINTEC CEO Dr. Nareshkumar Handagama told the Business Times that, “We have the rights to use our own patent although we have sold it to India with the clause to produce it in Sri Lanka.”

He also noted that the liquid solution that is being imported is being used for the first time in Sri Lanka. Though the concept of this product is the same however, the technology is different, Dr. Handagama explained noting that where the Indian product is a liquid solution, the one tested here was the solid product and the Sri Lankan product was used on the soil whereas the liquid is on the foliage.

With this method you can control the solubility and make the particle one billionth of a metre when targeted into the plant which is taken in through the leaf or the roots depending on the form, Dr. Handagama explained. The liquid fertiliser that is being imported from India is to be applied to the leaf whereas the one developed by Prof. Kottegoda’s team was a slow release fertiliser particle applied to the soil.

The patent that was sold to India’s Nagarjuna Cooperation Ltd in 2013, is not an exclusive right, so Sri Lanka still has the right to produce it using that technology, Dr. Handagama said.

So far, at SLINTEC except for graphene nothing else that has been patented and developed there has been commercialised, he pointed out.

“We still can produce this nano urea here as SLINTEC still holds the rights to this patent for producing this in Sri Lanka,” Dr. Handagama explained.

Moreover, he noted they are also working together with the TRI to convince them to use this nano urea.

“Gradually over time you can also reduce the application of Nitrogen,” he explained adding that this is an efficient way of transporting nutrients to the plant with this technology.

SLINTEC, a brainchild of then Minister Prof. Tissa Vitharana was established in 2009 and is currently carrying out research primarily focused on energy; printed electronics and sensors; minerals and composites; rubbers, plastics and novel polymers; textile materials and processing technology, and advanced agricultural technology.

Read the original article on The Sunday Times.