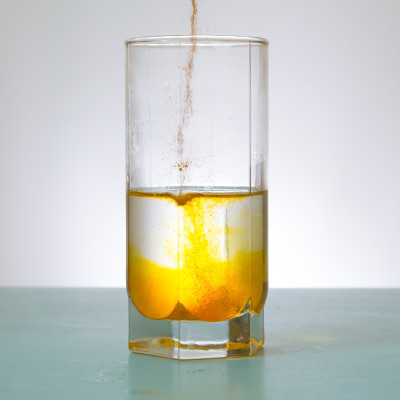 Oil and water do not mix, but what happens where oil and water meet? Or where air meets liquid? Unique reactions occur at these interfaces, which a team of researchers based in Japan used to develop the first successful construction of uniform, electrically conductive nanosheets needed for next-generation sensors and energy production technologies.

The research collaboration from Osaka Prefecture University, the Japan Synchrotron Radiation Research Institute and the University of Tokyo published their approach on Oct. 28 in ACS Applied Materials & Interfaces.

“We have known for a long time that oil forms a large and uniform film on the surface of water — understanding and using this familiar phenomenon could lead to energy-saving processes,” said corresponding author Rie Makiura, Associate Professor in Department of Materials Science, Osaka Prefecture University. “By utilizing a combination of raw materials at a similar interface, we succeeded in creating functional materials with advanced three-dimensional nanostructures that conduct electricity.”

These materials are metal-organic frameworks, which are microporous and composed of metal ions and organic linkers that are highly organized. Called MOFs, they have myriad potential applications from nanotechnologies to life sciences, according to Makiura, but one unrealized property holds them back from realized use — most fabricated MOFs do not conduct electricity well. 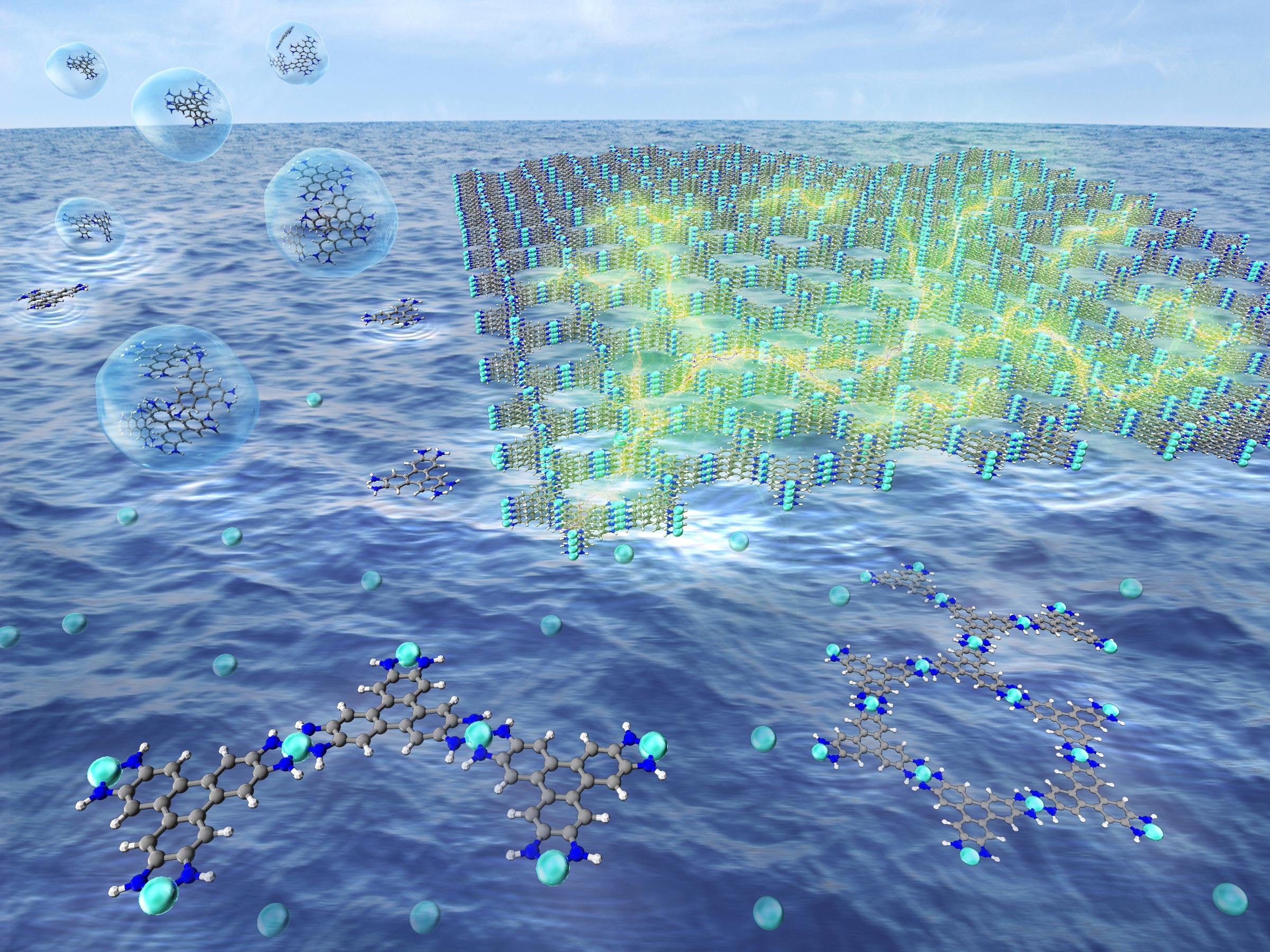 Simple spreading of droplets containing molecular components on the surface of water leads to spontaneous formation of nanostructures with very high electrical conduction.

“In order to utilize the superior features of conductive MOFs in such applications as sensors and energy devices, the fabrication and integration of ultrathin films with defined pore size, well-controlled growth direction and film thickness are a necessity and have been actively sought,” Makiura said.

Most previous MOF thin-film development involves exfoliating layers from larger crystals and placing them on a substrate. According to Makiura, however, this process is complicated and often results in thick, non-uniform sheets that are not highly conductive. To develop ultrathin and uniform conductive nanosheets, she and her team decided to flip the approach.

They started spreading a solution containing organic linkers on aqueous solution of metal ions. Once in contact, the substances begin assembling their components in a hexagonal arrangement. Over an hour, the arrangement continued as nanosheets form where the liquid and air meet. After completion of the nanosheet formation, the researchers used two barriers to compress the nanosheets into more dense and continuous state.

It’s a streamlined approach to produce incredibly thin nanosheets with highly organized crystalline structures, according to Makiura. The researchers confirmed the uniform structure via microscopic and x-ray crystallographic analysis. The visualized tightly ordered crystals also indicated the electrical properties of the material, since the crystals were uniformly in contact in each sheet, which also facilitated close contact between sheets. The researchers tested this by transferring nanosheets to a silicon substrate, adding gold electrodes and measuring the conductivity.

“Although it was not easy to evaluate the ultra-thin films, we were delighted when we were able to prove that it had a three-dimensional nanostructure and high electrical conductivity,” said first author Takashi Ohata, a doctoral student supervised by Makiura.

The researchers are now studying how various parameters affect the nanosheet morphology, with the goal of developing a controllable and tunable methodology to create high-quality nanosheets with targeted electronic properties.

“Our versatile and simple bottom-up assembly of suitable molecular building components at the air/liquid interface into an extended architecture realizes the creation of a perfectly oriented, electrically conductive crystalline nanosheet,” Makiura said. “The new finding further enhances the potential of the air/liquid interfacial synthesis to create a wide variety of nanosheets for real use in many potential applications, including for energy creation devices and catalysts.”