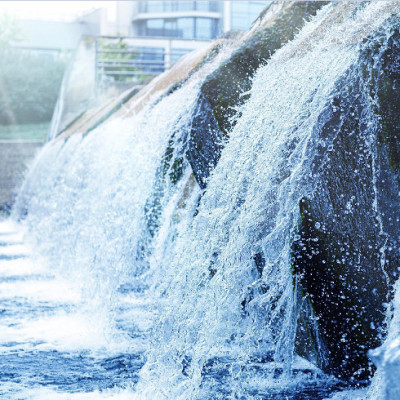 RUDN University chemist, together with colleagues from Korea and India, has created a reusable nano filter that can absorb harmful compounds from wastewater. Moreover, it works simultaneously for organic and inorganic pollutants.

The discharge of organic and non-organic waste into wastewater is a serious threat to the environment and human health. Moreover, the combined effect of several pollutants may be stronger than their total harm. Therefore, we need tools that would help us to get rid of several types of harmful substances at once. Existing solutions are mainly aimed at removing specifically organic or inorganic compounds. The RUDN University chemist, together with colleagues from Korea and India, has created a hybrid compound based on graphene and chitosan, which can simultaneously remove inorganic (for example, mercury and copper) and organic (for example, methylene blue and crystal purple) pollutants from wastewater.

The results are published in Chemosphere. 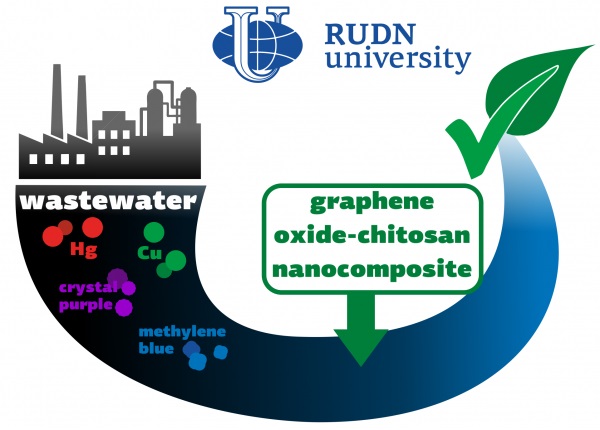 Numerous adsorbents have been successfully employed to remove a single chemical or multiple chemicals belonging to the same chemical class. However, removal of binary class pollutants via adsorption has not been so successful; low adsorption rate and removal efficiency have been reported. It is necessary to synthesize a new adsorbent, which should be highly efficient, and economical, for the future adsorption technology to remove multiple type pollutants from wastewater,” said Vinod Kumar, RUDN University professor.

Chemists have created a nanocomposite based on graphene oxide (a flat modification of graphite) and chitosan (a polysaccharide derived from animal and fungal chitin). Ethylenediaminetetraacetic acid (EDTA) adds chemical activity to the new compound — it brings functional groups to the nanocomposite, which determine its activity as an adsorbent. Chemists determined the structure and properties of the nanocomposite using X-ray diffraction, infrared spectroscopy, and other methods. The chemists then experimentally investigated the adsorption activity of the nanocomposite.

One gram of the substance was able to absorb up to 324 mg of mercury, 130 mg of copper, 141 mg of methylene blue and 121 mg of crystal violet. Chemists explained such a significant capacity by the fact that the nanocomposite contains many functional groups. Moreover it can be washed and used again — after seven cycles, the absorption efficiency decreased by no more than 10%.

“Even in the presence of foreign metal ions, the target metal ions could be well removed via adsorption; in fact, other heavy metals were well removed, too. Additionally, the adsorbent could maintain its adsorption capacity even after multiple cycles of regeneration. The adsorbent also could maintain its efficiency for multiple metal ions and dyes even when the former was applied for real wastewater. As a result, we concluded that it could be a promising adsorbent in treating a complex mixture of inorganic and organic pollutants wastewater,” said Vinod Kumar, RUDN University professor.