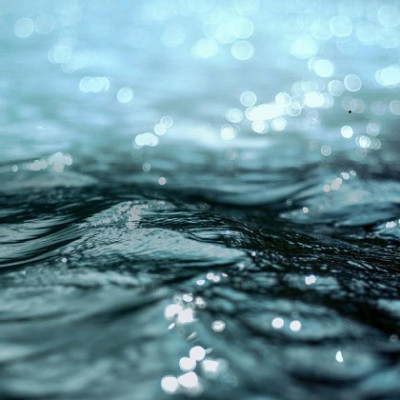 Scientists at St Petersburg University, Sirius University of Science and Technology, and St Petersburg Academic University have synthesised the smallest nano-sized metal-organic frameworks to detect heavy metal ions in water. The results and outcomes of the experiments and description of the properties of the crystals are published in Nanomaterials.

Metal-organic polymers, or metal-organic frameworks (MOFs), are crystals composed of metal ions interconnected by organic molecules, i.e. organic linkers. Various concentrations of the metal ions and organic linkers can be used to synthesise materials with different structures and properties. MOFs are widely used to design electro-chemical sensors as reaction catalysts in chemical industry or propellant additives. 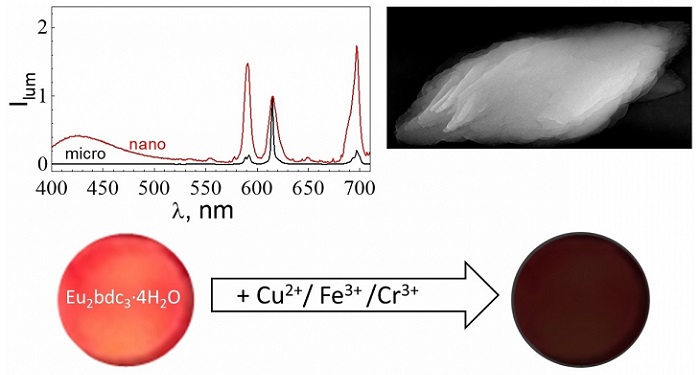 St Petersburg University chemists synthesised the smallest nano-sized crystals by the ultrasound-assisted wet-chemical method. They were synthesised by a slow mixing of sodium terephthalate and europium chloride aqueous solutions by using the ultrasound-assisted wet-chemical method, precipitated in the form of a polycrystalline solid. Ultrasonication ensured a better mixing of solution, slowed growth of particles, prevented the aggregation of the microparticles, and resulted in the formation of individual microparticles.

‘We did not expect that a twofold decrease in the concentration of reagents could lead to size reduction for several orders. Presumably, this effect may be due to europium-terephthalate 1:1 complex. This can accelerate the growth process of the particles. Earlier, scientists could synthesise nano-sized particles of terephthalate that were equal to 40 nm or even more. We managed to synthesise particles with the fivefold smaller size,’ said the head of the research, Associate Professor in the Department of Laser Chemistry at St Petersburg University and Doctor of Chemistry Andrey Mereshchenko. 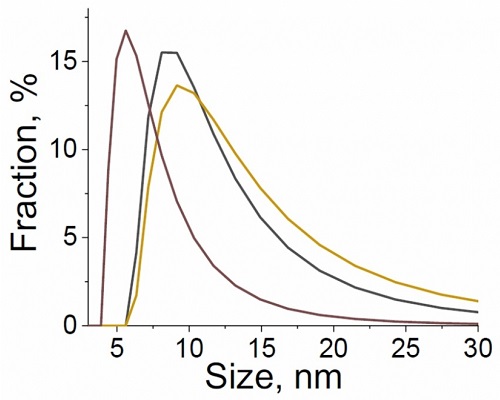 ‘This discovery has a potential to develop efficient sensors to monitor heavy metal ions in drinking water. Our luminescent MOFs demonstrate significantly lower limits of detection on heavy metal ions. This will ensure more accurate measurements of pollutants in water, even in small concentrations’, said Viktor Nosov, a co-author of the article and a student in Chemistry at St Petersburg University.

The reported nanoparticles can also be used as luminescent sensors to detect Cu2+, Cr3+, and Fe3+ ions in water. The presence of these metals in water poses a threat to human beings and animals. Heavy metal accumulation in the body can effect human metabolism and lead to nervous system diseases, vascular diseases, and digestive disorders. The chemists are planning to continue the research and develop an express test to detect heavy metal ions in drinking water and waste.

The research is supported by the Russian Foundation for Basic Research (project No 20-33-70025 ‘Effect of the solvent on the growth dynamics and structure of the metal-organic frameworks’). The research was carried out at the Department of Laser Chemistry at St Petersburg University using the resources and infrastructure of the University’s Research Park and Sirius University of Science and Technology.