Fluorescent Dot Synthesis Gets an Eco-friendly “Glow Up” 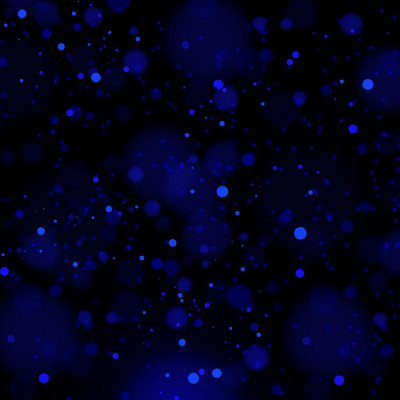 Fluorescent “dots”—that is, tiny particles that can emit light—have a multitude of promising biomedical applications, from helping clinicians to better identify tumor margins to delivering a drug deep in the body. However, making such dots is usually a long and tedious process that uses harsh chemicals. Now, NIBIB-funded researchers are developing a fluorescent dot that is not only easier to make, but uses environmentally friendly materials.

“This proof-of-principle study outlines a new, ‘green’ approach to manufacture fluorescent nanomaterials, which are up-and-coming molecules in the biomedical field,” said Tatjana Atanasijevic, Ph.D., director of the NIBIB program in Molecular Probes and Imaging Agents. “The research outlined here provides fundamental insight that could lead to a cheaper and safer way to synthesize this important type of nanoparticle.”

Traditional synthesis methods for fluorescent dots typically require the use of organic solvents, which are effective in helping to break down substances and facilitate chemical reactions. However, organic solvents can be flammable, volatile, and carcinogenic, and are potentially hazardous if mishandled. What’s more, the synthesis of fluorescent dots is typically time-consuming and complex, representing a variety of challenges for large-scale manufacturing.

But researchers from the University of Nebraska Medical Center (UNMC) are working on an alternative strategy. They are combining hyaluronic acid, a common carbohydrate, along with specific amino acids (the molecules that constitute proteins). Both of these components are abundant in our bodies, and, importantly, both of them can dissolve in water. The latter characteristic negates the need for toxic organic solvents.

“Unlike traditional fluorescent dots, our dots combine two naturally occurring materials,” explained senior study author Aaron Mohs, Ph.D., an associate professor in the department of pharmaceutical sciences at UNMC. “Not only does this ease the synthesis of our nanomaterial—as we can purify the dots using only water—but it also capitalizes on the biocompatibility of these molecules, potentially making them an ideal nanoparticle for a variety of different settings.” Mohs’ research on these fluorescent dots was recently reported in the journal ACS Omega.

Typically, when researchers make fluorescent particles, they use a starting material that has fluorescent properties. However, neither hyaluronic acid nor amino acids are especially fluorescent on their own. To make their dots glow, Mohs and colleagues take advantage of the unique chemistry that happens when these materials combine. As hyaluronic acid interacts with certain amino acids, the electrons that these molecules share can become confined, affecting how the electrons react when exposed to particular wavelenghts of light. This phenomenon is known as cross-linked-enhanced emission. The result? The dots glow blue under specific conditions, allowing the nanoparticles to be visualized in cells.

Beyond biomedical imaging applications, the researchers wanted to investigate if these fluorescent nanoparticles could be used for drug delivery. They loaded their dots with doxorubicin, a common cancer chemotherapeutic, and evaluated its drug-releasing properties and cytotoxic effects. Compared with standard doxorubicin, the doxorubicin-loaded dots released the drug more slowly in standard drug release assays and displayed enhanced killing in breast cancer cells. “While an appreciable amount of standard doxorubicin is pumped out of the cells through drug efflux mechanisms, when we entrap the drug within the dot, we are likely bypassing this effect somewhat,” explained first study author Deep Bhattacharya, Ph.D., who is now a senior scientist at Pfizer. “This entrapment in the nanodot allows for an increased therapeutic payload and prolonged doxorubicin release in cells.”

Mohs noted that this proof-of-concept work is just the beginning for their fluorescent dots. “We’d like to make further modifications to these dots to make them better for biological detection in tissues,” he said. “But this initial study demonstrated both the imaging and drug delivery properties of these dots, which we can make using eco-friendly materials.”

Read the original article on National Institute of Biomedical Imaging and Bioengineering (NIBIB).