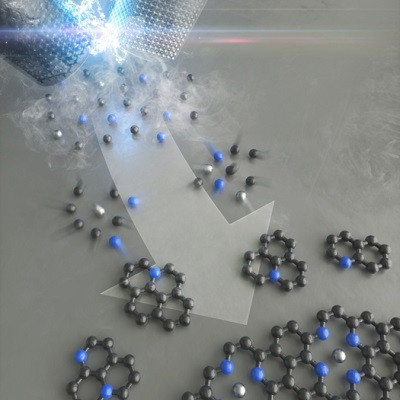 Commercialization can be expected due to the associated lower costs, and higher performance and durability compared with platinum catalysts. Contributes to the utilization of next generation alkaline fuel cells.

Alkaline fuel cells (AFC) convert the chemical energy of hydrogen and oxygen into electrical energy, while only producing water as a by-product. This makes them an extremely attractive next generation, environmentally friendly energy source. Although platinum catalysts are generally employed in alkaline fuel cells, they are expensive and also experience challenges related to stability when used in alkaline fuel cells. As a result, single-atom catalysts (SACs), as formed on carbon supports, are becoming promising candidates as alternative, next generation catalysts. However, the commercialization of these single-atom catalysts is difficult owing to the complex synthesis methods conventionally employed in their manufacturing. These complex processes are required to prevent the bonding of metal atoms, which are associated with the degradation of catalyst performance.

In work performed by the research team led by Doctor Nam Dong Kim of the Functional Composite Materials Research center of the Korea Institute of Science and Technology (KIST, President Seok-Jin Yoon), and Doctor Sung Jong Yoo of the Hydrogen-Fuel Cell Research center, electric arcs were used to produce high-performance cobalt-based single-atom catalysts. Here, the novel use of electric arcs, which are mainly used in electric welding, resulted in the development of an original technology that can produce cheap, and high-performance, cobalt-based single-atom catalysts at a commercial scale (10 g/h).

The developed catalysts were shown to have more than twice the oxygen reduction capabilities, and more than 10 times the durability of traditional platinum catalysts. These cobalt-based single-atom catalysts also performed significantly better than existing cobalt-based catalysts when applied to actual fuel cells. 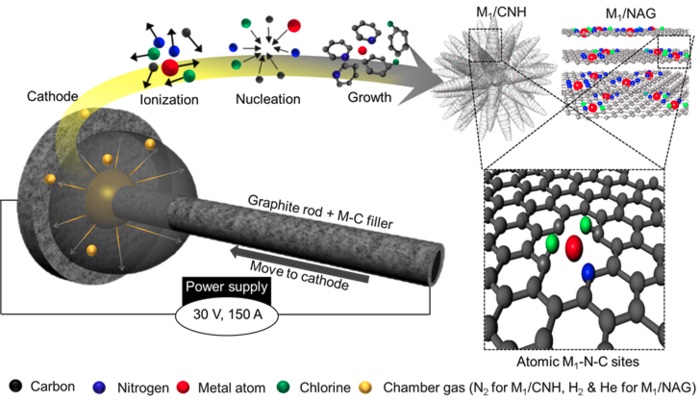 This study focused on the decomposition of elements into their atomic state by employing electric arcs, which was followed by their subsequent high-energy state recombination within the electric arc. After mixing the selected metal and carbon materials, the metals were decomposed into atoms by using an electric arc. During the recombination, these metal atoms filled the spaces in the highly crystalline, nanocarbon lattice, implying that the catalyst could be synthesized without aggregation. The results also indicated that this single-atom catalyst synthesis method was applicable to various transition metals, including platinum, cobalt, manganese, nickel, and iron.

Dr. Nam Dong Kim of KIST explained the significance of the study by saying, "The key feature of this study was how we were able to utilize cheaper catalysts as an alternative to expensive platinum catalysts by enhancing the function and durability of the alkaline fuel cell catalysts of the next generation." He added, "We expect that application of these catalysts will extend beyond the design and manufacturing processes of alkaline fuel cells of the next generation, to various other electrochemical conversion systems, which will contribute greatly to the establishment of carbon neutrality and the hydrogen economy."

The results have been published as a paper on the inside back cover of the latest issue of 'Small Methods' (IF: 14.188, top 7.057% in the JCR field); an international journal specializing in materials science.