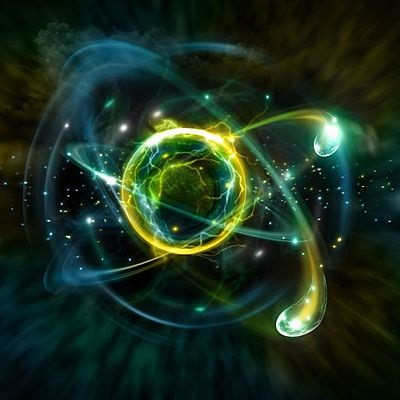 Nanoscale devices can perform logic operations at the atomic scale. A single upright standing molecule was recently fabricated which can emit electrons and act as a resonator. An international group of researchers determine the temperature range at which such a molecule can be stabilised and reveal the competing quantum interactions that need to be balanced to enable three-dimensional molecule-by-molecule nanofabrication.

Nanoscale machinery has many uses, including drug delivery, single-atom transistor technology, or memory storage. However, the machinery must be assembled at the nanoscale which is a considerable challenge for researchers.

For nanotechnology engineers the ultimate goal is to be able to assemble functional machinery part-by-part at the nanoscale. In the macroscopic world, we can simply grab items to assemble them. It is not impossible to “grab” single molecules anymore, but their quantum nature makes their response to manipulation unpredictable, limiting the ability to assemble molecules one by one. This prospect is now a step closer to reality thanks to an international effort led by the Research Centre Jülich of the Helmholtz society in Germany including researchers from the Department of Chemistry at the University of Warwick.

In the paper, ‘The stabilization potential of a standing molecule’, published today, the 10th November 2021 in the journal Science Advances, an international team of researchers have been able to reveal the generic stabilisation mechanism of a single standing molecule, which can be used in the rational design and construction of three-dimensional molecular devices at surfaces.

The scanning probe microscope (SPM) has brought the vision of molecular-scale fabrication closer to reality, because it offers the capability to rearrange atoms and molecules on surfaces, thereby allowing the creation of metastable structures that do not form spontaneously. Using SPM, Dr Christian Wagner and his team were able to interact with a single standing molecule, perylene-tetracarboxylic dianhydride (PTCDA) on a surface to study the thermal stability and temperature at which the molecule would cease to be stable and would drop back into its natural state where it adsorbs flat on the surface. This temperature stands at -259.15 Celsius, only 14 degrees above the absolute zero-temperature point.

Quantum chemical calculations performed in collaboration with Dr. Reinhard Maurer from the Department of Chemistry at the University of Warwick were able to reveal that the subtle stability of the molecule stems from the competition of two strong counteracting quantum forces, namely the long-range attraction from the surface and the short-range restoring force arising from the anchor point between molecule and the surface.

Dr Reinhard Maurer, from the Department of Chemistry at the University of Warwick comments:

“The balance of interactions that keeps the molecule from falling over is very subtle and a true challenge for our quantum chemical simulation methods. In addition to teaching us about the fundamental mechanisms that stabilise such unusual nanostructures, the project also helped us to assess and improve the capabilities of our methods.” 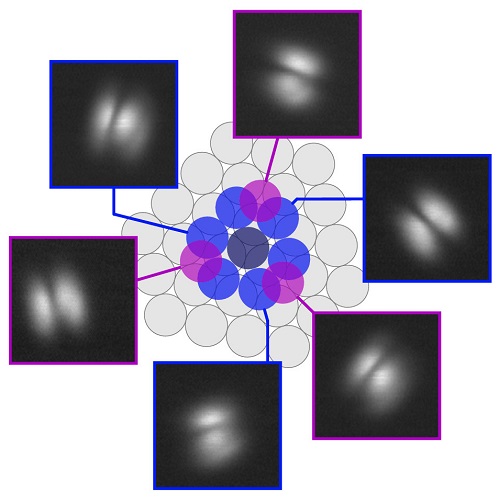 “To make technological use of the fascinating quantum properties of individual molecules, we need to find the right balance: They must be immobilized on a surface, but without fixing them too strongly, otherwise they would lose these properties. Standing molecules are ideal in that respect. To measure how stable they actually are, we had to stand them up over and over again with a sharp metal needle and time how long they survived at different temperatures.”

Now that the interactions that give rise to a stable standing molecule are known, future research can work towards designing better molecules and molecule-surface links to tune those quantum interactions. This can help to increase stability and the temperature at which molecules can be switched into standing arrays towards workable conditions. This raises the prospect of nanofabrication of machinery at the nanoscale.