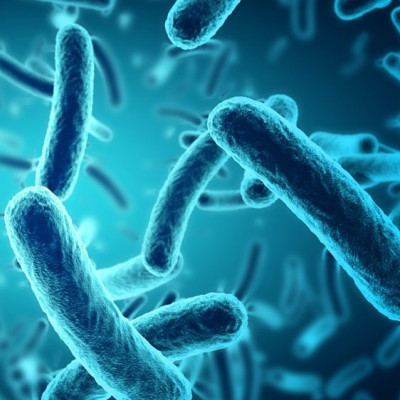 Researchers from the University of Southampton, working with colleagues at the Defence Science and Technology Laboratory (Dstl), have developed a new technology based on nanoparticles to kill dangerous bacteria that hide inside human cells.

Burkholderia is a genus of bacterium that causes a deadly disease called melioidosis. This disease kills tens of thousands of people each year, particularly in southeast Asia. Antibiotics administered orally or intravenously often don’t work very well against it as the bacteria hide away and grow in white blood cells called macrophages.

New research, led by Dr Nick Evans and Dr Tracey Newman, has shown that tiny capsules called polymersomes – which are about 1000th the diameter of a human hair – could be used to carry bug-killing antibiotics right to the site where the bacteria grow inside the cells. Their findings have been published in the journal ACS Nano. 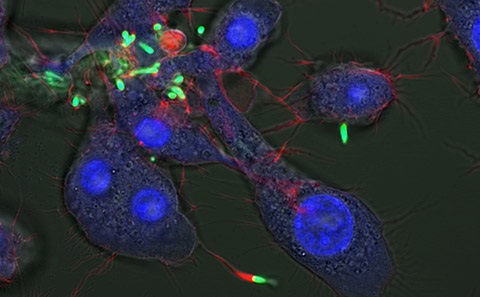 Macrophages are cells of the immune system that have evolved to take up particles from the blood which is crucial to their role in preventing infection, but it also means that they can be exploited by some bacteria which infect and grow inside them.

In this study, the research team added polymersomes to macrophages which were infected with bacteria. Their results showed that the polymersomes were readily taken up by the macrophages and associated with the bacteria inside the cells. This means they could be an effective way to get a high concentration of antibiotics to the site of infection. The team hope this could eventually lead to patients being treated by injection or inhalation of antibiotic-laden capsules, saving many lives each year.

Eleanor Porges, a PhD student in the University of Southampton’s Faculty of Medicine and first author on the study said: “What is so attractive about this technology is that the antibiotics are only released when they get to the place they are needed. We hope by doing this we may be able to use less antibiotic and to even repurpose antibiotics that wouldn’t normally be considered effective.”

Dr Nick Evans, Associate Professor in Bioengineering at the University of Southampton added: “What was interesting is that previous research has involved complicated chemistry to engineer the polymersomes in order to release the drug at the right time and place by changes to heat or the pH scale. Our research has shown that this is not necessary, which makes their use much less complex and perhaps easier to produce for clinical use.

“The results of our study were a real team effort, with people all pulling together from backgrounds in microbiology, imaging and nanotechnology working between Dstl and Southampton. This is what made the data so compelling.”

The team are now in the early stages of developing this for clinical application with Dstl, the science inside UK defence and security.

Read the original article on University of Southampton.