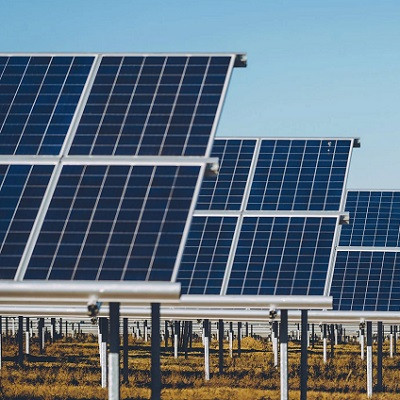 MXenes are a type of nanomaterial with outstanding customizable qualities, making them potential candidates for a wide range of applications, including power generation. A recent paper published in the journal Nanomaterials discusses MXene's relevance to the future of solar energy technologies.

As fossil fuel sources are finite, increasing the efficiency of renewable energy sources is desirable. Currently, the most significant disadvantage of typical solar energy systems and photovoltaic (PV) cells is considered to be their high prices.

The starting cost of panels, inverters, chargers, and other infrastructure can be high, limiting implementation. Furthermore, solar energy collection is weather-dependent, and as energy demands continue to increase, photovoltaic cells with sufficient capabilities will be needed.

Solar cells were initially composed of crystalline silicon, a material that continues to be popular and the most efficient. Still, production and maintenance costs are substantial.

MXene is a thick-atoms covering of trivalent nitrides, carbides, and carbonitrides with outstanding thermal, electrical, and ion transport characteristics. It belongs to the family of newly found 2D materials.

The MXene group has already been broadened by combining two transition metals in two variations in an MXene configuration, which has offered an appealing chance to fine-tune the composition's characteristics by altering the amounts of the M and/or X components. Due to their flexible features and wide range of uses, MXenes have received much interest from researchers.

MXenes-based photovoltaics are of particular interest due to their many qualities, including outstanding thermoelectric properties, large-scale and high-quality synthesis techniques, high charge carrier at ambient temperature, and good conductivity.

Electromagnetic technologies, such as printed antennas and electrical noise shielding, are yet another field where MXenes outperform other nanomaterials. The usage of MXenes has indeed been investigated theoretically in several disciplines, including electrical and structural applications. However, despite topological and ferromagnetism features undergoing investigation, practical studies remain restricted.

Why Using MXenes is Better

Functional nanomaterials, including 2D materials like MXene, have significantly better solar cell properties than traditional materials. Specifically, energy conversion efficiency, which has been confirmed to be as significant as 26.5 percent, is nearly three times higher than that of carbon nanotube silicon photovoltaic cells.

MXene-based photovoltaics improve light-matter interactions, electrical properties, roughness, and transmission while also speeding up charge carrier characteristics. Here, MXenes are used as a transparent electrode, a charge-transporting transparent conducting film that provides the built-in voltage for electron-hole pair isolation. As these nanomaterials have a customizable work function, the efficacy of electrostatic repulsion at an MXene-Silicon solar cell junction may be greatly enhanced.

The ion transport speed is increased, and crystalline size is extended when MXenes are used within perovskite solar cells, which has a beneficial impact on the power energy conversion.

By bringing MXenes into PV perovskites, the quality factor can be successfully modified. This can be done without influencing other characteristic features of perovskite nanoflakes, which is beneficial for realizing high-performance photovoltaics with a high power density and good biocompatibility. Furthermore, long-term reliability should be enhanced for solar cells that use MXene.

The Fermi Energy level and characteristics of various organic compounds of MXenes should therefore be researched using a mix of conceptual models and experimental observations to gain a better understanding of the boosting mechanisms given by MXene.

MXene-based renewable power harvesting technologies, including flexible photovoltaic modules, and supercapacitors, must be designed to suit the demands of future energy technologies.