The Nanotechnology Revolution Is Here – We Just Haven’t Noticed Yet 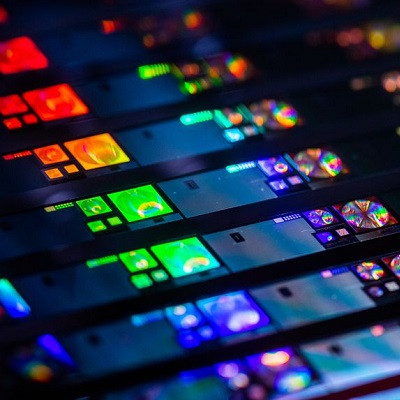 For years, engineers have made microchips ever smaller and more powerful. Now they’re applying the technology to a host of miniature marvels.

Before there was a “metaverse," before there were crypto millionaires, before nearly every kid in America wanted to be an influencer, the most-hyped thing in tech was “nanotechnology." “Nano-," for those who could use a refresher, means “one billionth," and nanotechnology generally refers to materials manipulated at an atomic or molecular scale.

For decades, computer scientists and physicists speculated that, any minute now, nanotechnology was going to completely reshape our lives, unleashing a wave of humanity-saving inventions. Things haven’t unfolded as they predicted but, quietly, the nanotech revolution is under way.

You can thank the microchip. Engineers and scientists are using the same technology perfected over decades to make microchips to create a variety of other miniature marvels, from submicroscopic machines to new kinds of lenses. These nano-scale gizmos have become so integrated into the fabric of our lives, and the devices in our pockets, that we seem to have missed the fact that they are real-life examples of the nanotechnology revolution we were promised over the past half-century.

Among the routine items that have benefited from nanotechnology: air bags, cellphones, radar, inkjet printers, home projectors, and 5G and other fast wireless technology. Just around the bend, nanotechnology could enable ultra-tiny cameras, as well as a dizzying array of other kinds of sensors, able to detect everything from air pollution and black ice to hacking attempts and skin cancer.

Some of this technology is even at the heart of the current controversy over whether or not America’s 5G networks could make flying less safe.

It’s all still a far cry from the more outlandish past predictions about nanotech’s future. We don’t have molecule-size robots that patrol our bloodstream and repair damage, or microscopic factories capable of churning out endless copies of themselves until the entire planet has been reduced to what nanotech pioneer Eric Drexler in the 1980s worried would be nothing but a “gray goo."

In the more distant future, this technology might yet enable the vision physicist Richard Feynman laid out in his famous 1959 lecture “There’s Plenty of Room at the Bottom," in which he hypothesized about a way to build three-dimensional structures one atom at a time. Achieving even a fraction of what he proposed would open up tantalizing possibilities, from sensors that can detect viruses in the air before we inhale them to quantum computers in our pockets.

In the present, creating real-life nanomachines means capitalizing on the hundreds of billions of dollars invested in perfecting the manufacture of microchips since their introduction, also in 1959. Chip companies’ march to make faster, more power-efficient chips has led to the development of fantastically complicated and expensive equipment. By using the same types of machines, techniques and “fabs"—as microchip factories are known—builders of nanomachines can use the steady progress of Moore’s Law to make their devices ever smaller.

ASML, one of the world’s leading manufacturers of the equipment that makes microchips, researches and builds its equipment with its primary customers in mind—the Intels, Samsungs, and TSMCs of the world, says CEO Peter Wennink. But it has also always had a division that works with clients who want to make things other than conventional microchips, and designs its technology so that it can be customized to their needs, he adds.

Read the original article on The Wall Street Journal.