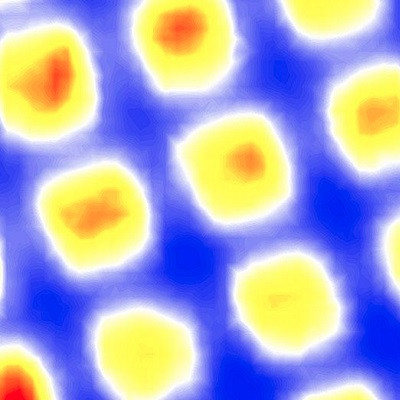 Now, researchers at Los Alamos National Laboratory have developed and tested an atomically thin graphene coating for next-generation, electron-beam accelerator equipment -- perhaps the most challenging technical application of the technology, the success of which bears out the potential for "Atomic Armor" in a range of applications.

"Accelerators are important tools for addressing some of the grand challenges faced by humanity," said Hisato Yamaguchi, member of the Sigma-2 group at the Laboratory. "Those challenges include the quest for sustainable energy, continued scaling of computational power, detection and mitigation of pathogens, and study of the structure and dynamics of the building blocks of life. And those challenges all require the ability to access, observe and control matter on the frontier timescale of electronic motion and the spatial scale of atomic bonds."

The challenge of photocathodes

Current electron-beam accelerators generally use thermionic emission -- the heating of material to release electrons. The next generation of accelerators will generate electron sources from photons, using photocathodes -- materials that can convert photons to free electrons and thus electron beams. The nature of that process produces corrosive gases that add significant wear and tear on the photocathodes, interrupting research for service and adding time and cost to projects.

For photocathodes to work in next-generation accelerators, a suitable protective coating needed to be found. That's because the reaction from photons striking the photocathodes to emit electrons also produces corrosive gas that can quickly degrade the bialkali thin-film photocathodes, made of antimony, potassium and cesium.

Cesium is the ideal material for accelerators because it has a low work function. Work function is the amount of energy needed to remove an electron from the material and place it in a vacuum, a necessary step in electron-beam production. That low work function comes at a cost, though, in the form of increased damage from chemical reactions and sensitivity to ion back-bombardment. Thin film photocathode lifetimes are limited even in ultrahigh vacuum states.

Researchers sought a material that could protect the photocathode while also allowing electrons to be emitted. They found their answer in graphene.

"As far as I know, there is no other material which can both transmit electrons and at the same time protect the material," said Yamaguchi. "A very porous material will allow electrons to transmit, but then you can't protect the material from corrosive gas. The uniqueness of graphene is that it's atomically thin enough to transmit electrons, but the atomic structure is also packed just enough so that no corrosive gas can permeate it."

Coating the bialkali photocathodes presented an ambitious technical challenge. Distributed on the photocathode in a layer just one atom thick, graphene possesses high gas impermeability, which protects the photocathode from the damage of gases created by the photon-to-free-electron conversion. At the same time, graphene's high quantum efficiency (the measure of how well a material converts photons to electrons) means that electrons can still pass through the coating -- essential for creating and accelerating the electron beam for research. Researchers found that the transmission efficiency of the photoelectrons was 5%, which in theory has room to improve up to approximately 50%, a promising rate that indicates the material is protected while still allowing an electron beam to be produced.

The photocathode coating builds on "Atomic Armor" technology, which was selected for the R&D 100 in 2019. Previous research with the graphene technology has explored its usefulness as a corrosion barrier, potentially applied to cars, ships, aircraft and other goods.