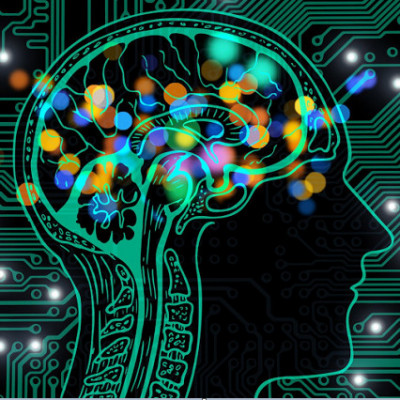 A research led by researchers at the Department of Physics of the UAB has managed to emulate learning neuromorphic abilities using thin layers of cobalt oxide. The experiment, performed at the ALBA Synchrotron, is a new step towards brain-inspired computers.

Neuromorphic computing, a new brain-inspired computation paradigm, reproduce the activity of biological synapses by using artificial neural networks. Such devices work as a system of switches, so that the ON position corresponds to the information retention or ‘learning’, while the OFF position corresponds to the information deletion or ‘forgetting’.

In a recent publication, scientists from the Universitat Autònoma de Barcelona (UAB), the CNR-SPIN (Italy), the Catalan Institute of Nanoscience and Nanotechnology (ICN2), the Institute of Micro and Nanotechnology (IMN-CNM-CSIC) and the ALBA Synchrotron have explored the emulation of artificial synapses using new advanced material devices. The project was led by Serra Húnter Fellow Enric Menéndez and ICREA researcher Jordi Sort, both at the Department of Physics of the UAB, and is part of Sofia Martins PhD thesis.

Until now, most systems used for this purpose were ultimately controlled by electric currents, involving significant energy loss by heat dissipation. Here, researchers' proposal was to use magneto-ionics, the non-volatile control of the magnetic properties of materials by voltage-driven ion migration, which drastically decreases power consumption and makes data storage energy-efficient.

Figure 1. Schematic of the EDL formation.

Although heat dissipation decreases with ion migration effects, magneto-ionic motion of oxygen at room temperature is usually slow for industrial applications, involving several seconds or even minutes to toggle the magnetic state. To solve this problem, the team investigated the use of target materials whose crystal structure already contained the ions to be transported. Such magneto-ionic targets can undergo fully reversible transformations from a non-ferromagnetic (switch OFF) to a ferromagnetic (switch ON) state and vice versa just by the voltage-driven oxygen motion from the target towards a reservoir (ON) and vice versa (OFF).

Given their crystalline structures, cobalt oxides were the chosen materials for the fabrication of the films, ranging from 5nm to 230nm thick. They investigated the role of thickness on the resulting magneto-ionic behaviour, revealing that the thinner the films, the faster the generation of magnetization was reached. 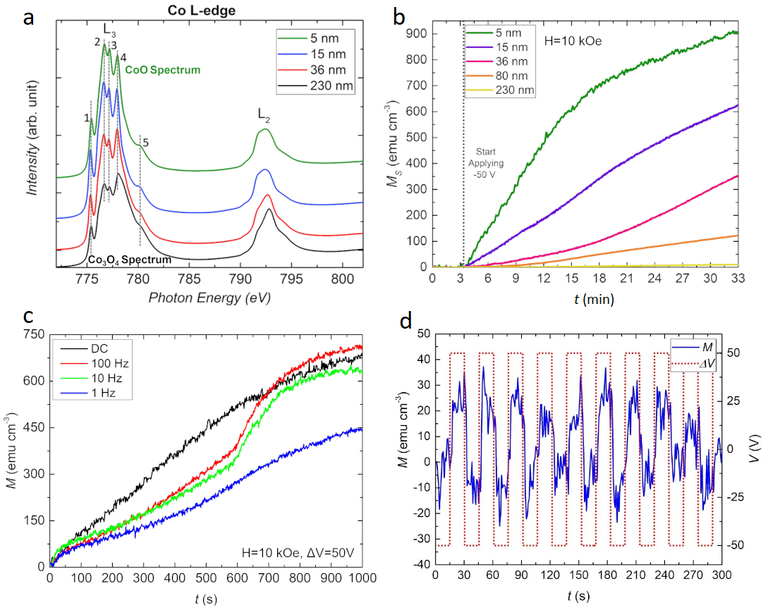 X-ray absorption spectra (XAS) of the samples were performed at the BOREAS beamline of the ALBA Synchrotron. XAS was used to characterize, at room temperature, the elemental composition and oxidation state of the cobalt oxide films, which resulted to be different for the thinner and thickest films. These findings were crucial to understand the differences in the magneto-ionic motion of oxygen between the films.

As the operating speeds achieved in this work were similar to the ones used for neuromorphic computing, the thinnest cobalt oxide films were further investigated. In particular, the effects related to learning neuromorphic capabilities were induced and results provided evidence that magneto-ionic systems can emulate ‘learning’ and ‘forgetting’ functionalities.

In addition to neuromorphic computing, other practical applications such as magnetic memories and spintronics will benefit from the results of this study. The combination of magnetic memories with energy-efficient magneto-ionics could be a possible way to reduce the operational energies for next generation data storage media, while magneto-ionic mechanisms to control antiferromagnetic layers are currently promising candidates for the development of spintronic devices.

Read the original article on Autonomous University of Barcelona.