On the Hunt for Ultra-thin Materials Using Data Mining 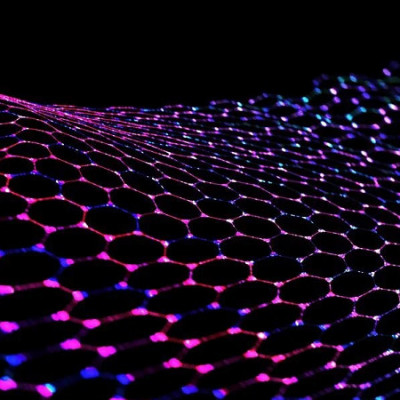 Two-dimensional (2D) materials possess extraordinary properties. They usually consist of atomic layers that are only a few nanometers thick and are particularly good at conducting heat and electricity, for instance. To the astonishment of many scientists, it recently became known that 2D materials can also exist on the basis of certain metal oxides. These oxides are of great interest in areas such as nanoelectronics applications. A German-American research team, led by the Helmholtz-Zentrum Dresden-Rossendorf (HZDR), has now succeeded in predicting twenty-eight representatives of this new class of materials by using data-driven methods.

There is a substantial difference between conventional 2D materials such as graphene and the novel materials that can be synthesized from metal oxides such as ilmenite and chromite. The latter do not form weak interactions – what are known as van der Waals forces – in their crystal structure, but instead form stronger ionic bonds that point in all directions. For this reason, only a few experiments have so far succeeded in detaching novel 2D materials from 3D material blocks. The results of the study can now lead to success in further experiments of this type. Using theoretical methods, the scientists predict which compounds are actually worthwhile for experimental research.

“With our data driven method, we built upon the first available information from the initial experiments. From this information, we developed structural prototypes and then ran them through a huge materials database as a filter criterion,” explains the leader of the study, Dr. Rico Friedrich from the HZDR Institute of Ion Beam Physics and Materials Research. “The main challenge was figuring out why these materials form 2D systems so easily with particular oxides. From this information, we were able to develop a valid generalized search criterion and could systematically characterize the identified candidates according to their properties.”

For this purpose, the researchers primarily applied what is known as “density functional theory”, a practical computational method for electronic structures that is widely used in quantum chemistry and in condensed matter physics. They collaborated with several German high-performance data centers for the necessary computing stages. A decisive factor was determining the exfoliation energy: this defines how much energy must be expended to remove a 2D layer from the surface of a material. 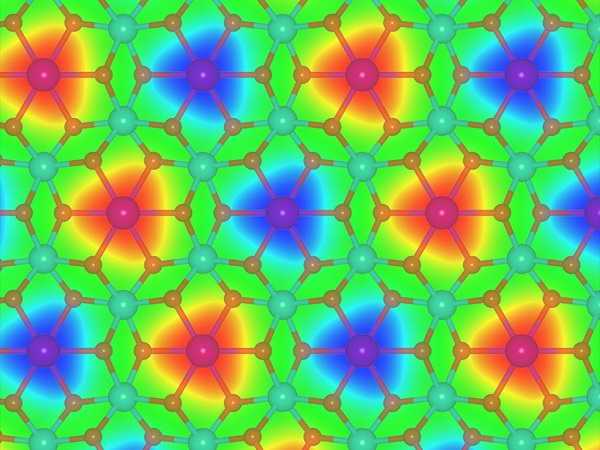 This figure shows the semitransparent structure of germanium manganese oxide (GeMnO3), one of the newly discovered 2D materials, superimposed on its surface magnetic structure. The collor pattern depicts regions in the vicinity of magnetic ions where the magnetization points out of the plane (red) or into the plane (blue). This strong spatial variation of the magnetic information could for instance play a crucial role for data storage applications.

The study also utilized the AFLOW materials database (Automatic Flow for Materials Discovery). It has been under development for more than twenty years by Prof. Stefano Curtarolo from Duke University (USA), who also contributed as author of the study. AFLOW is regarded as one of the largest materials science databases and classifies approximately 3.5 million compounds with more than 700 million calculated material properties.

Together with the associated software, the database ultimately provided the researchers with not only the chemical composition of twenty-eight 2D-capable materials, but also enabled them to study their properties, which are remarkable in electronic and magnetic as well as topological respects. According to Rico Friedrich, their specific magnetic surface structures could make them particularly attractive for spintronic applications, such as for data storage in computers and smartphones.

“I’m certain that we can find additional 2D materials of this kind,” says the Dresden physicist, casting a glance into the future. “With enough candidates, perhaps even a dedicated database could be created entirely specialized in this new class of materials.” The HZDR scientists remain in close contact with colleagues from a subject-related collaborative research center (Sonderforschungsbereich) at the TU Dresden as well as with the leading research group for synthesizing novel 2D systems in the United States. Together with both partners, they plan to pursue further study of the most promising compounds.