Nanoverify Aims to Safeguard the Public from Fake Nanotechnology Products 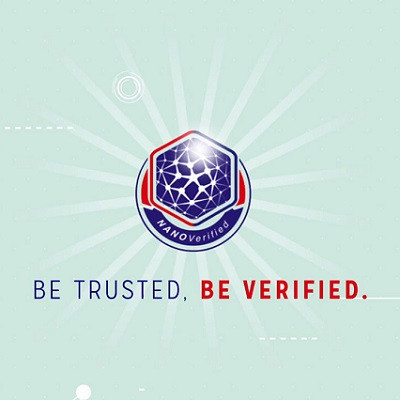 MALAYSIA has the potential to spearhead the commercialisation of nanotechnology in Asean and becomes recognised as a nanotechnology hub for the region based on investments made in the sector.

However, it has also led to unscrupulous business practices that propagate false claims of nano-products that mislead both the public and industry alike.

NanorVerify, a wholly-owned subsidiary of NanoMalaysia Bhd under the Ministry of Science, Technology and Innovation, which aims to safeguard the public from fake nanotechnology products in Malaysia.

“The challenges faced by NanoVerify are the lack of awareness and understanding of nanotechnology, especially among the general public.

“With the growth of nanotechnology in Malaysia, there is a need for a nano-product certification scheme to reduce the risk of unscrupulous business practices that propagate false claims of nano-products that mislead both the public and industry alike,” he told The Malaysian Reserve.

According to Johan, the Nano-Verify Programme certifies pro- ducts containing genuine nano-elements, and boosts consumer and industry confidence, as well as trust in nano-incorporated products. NanoVerify has a network of contacts that can help local nanotechnology products sold in both domestic and international markets.

The NanoVerify Programme is completely voluntary, but ensures a high level of trust from the consumer that unverified products are unable to provide.

As Malaysia’s first nano-certified organisation, the NanoVerify Programme is a way to make sure that nanotechnology products in Malaysia are safe.

He added that nanotechnology has huge potential to change people’s lives for the better and improve the fundamental quality of their lives.

He gave an example of the use of nanotechnology in the Pfizer BioN-Tech vaccine through lipid nano-particles that protect and carry messenger ribonucleic acid (mRNA) to desired cells.

“Nanotechnology is a high-tech, high-value industry and will yield a positive economic return such as the creation of jobs, as well as increased business and trade activities,” he said.

But unverified products could lead to dangers.

“Our recent partnership with the Federation of Malaysian Consumers Association assists us with this by allowing consumers to validate the authenticity of nanotechnology products they are planning on purchasing.”

“Fraudulent nanotechnology products are unfortunately rampant, alongside false use of NanoVerify logos being used on products that have not been certified by us,” said Johan.

“We seek to educate the public and brand owners on the importance of being certified by Nanoverify, in order to ensure a safer and more conducive environment for nanotechnology to flourish in Malaysia,” he said, further stating that the government has given NanoVerify full support, and is currently working on new initiatives to increase awareness of nanotechnology and its benefits,” he added.

The government recently released National Nanotechnology Policy 2021-2030 to create a dynamic and progressive nanotechnology ecosystem, aiming to generate a revenue of RM1.25 trillion by 2030.”

“It also effectively highlights the potential of nanotechnology to solve various challenges faced by our country.”

Touching on the Covid-19 pandemic, Johan said that the pandemic has accelerated the nano-technology industry, requiring its use in various areas of vaccine production and implementation, as well as sanitisation.

“Nanotechnology has previously never been required on such a large scale, and the demand propelled further production and growth in the sector.”

“We are very optimistic about the growth of nanotechnology in the Malaysian market and see many opportunities for us to tap into the market moving forward.”

Read the original article on The Malaysian Reserve (TMR).