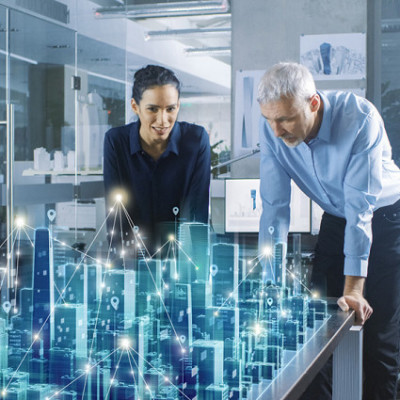 Researchers have demonstrated a prototype glasses-free 3D light field display system with a significantly extended viewing distance thanks to a newly developed flat lens. The system is an important step toward compact, realistic-looking 3D displays that could be used for televisions, portable electronics and table-top devices.

Light field displays use a dense field of light rays to produce full-color real-time 3D videos that can be viewed without glasses. This approach to creating a 3D display allows several people to view the virtual scene at once, much like a real 3D object.

“Most light field 3D displays have a limited viewing range, which causes the 3D virtual image to degrade as the observer moves farther away from the device,” said research team leader Wen Qiao from Soochow University. “The nanostructured flat lens we designed is just 100 microns thick and has a very large depth of focus, which enables a high-quality virtual 3D scene to be seen from farther away.”

In Optica, Optica Publishing Group’s journal for high-impact research, the researchers report that their prototype display exhibits high efficiency and high color fidelity over viewing distances from 24 cm to 90 cm. These characteristics all combine to create a more realistic viewing experience. 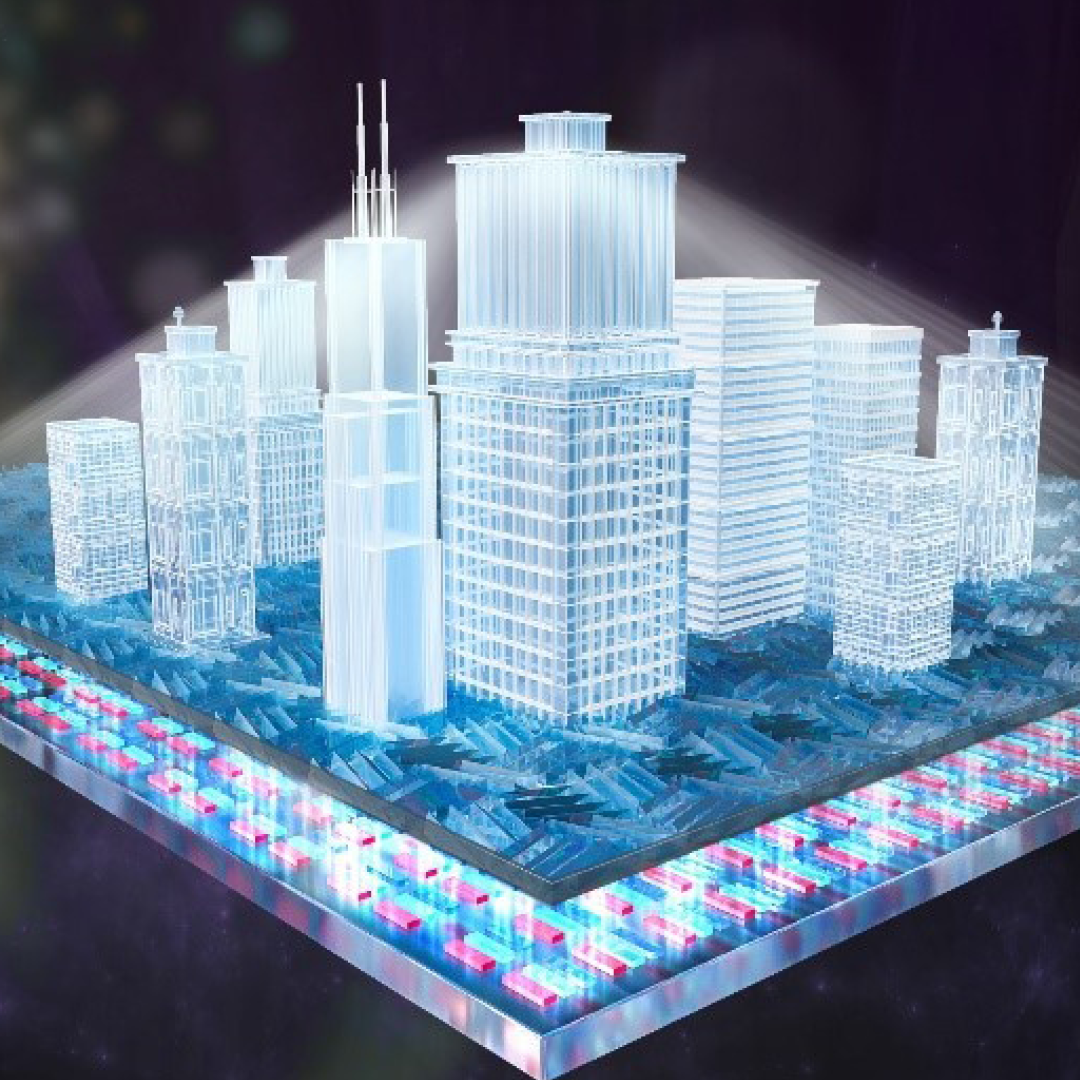 “We developed this new technology in hopes of creating displays that could allow people to feel as if they were actually together during a video conference,” said Qiao. “With the continued development of nanotechnology, we envision that glasses-free 3D displays will become a normal part of everyday life and will change the way people interact with computers.”

Light field displays create realistic images by projecting different views that allow the 3D scene to look the same when looked at from different angles. The focal length of the lenses used to create these views is the limiting factor when it comes to viewing distance.

To overcome this, the researchers carefully designed a new diffractive flat lens by patterning nanostructures onto a flat surface in a way that focuses light. Intertwining several of these lenses allowed them to create a pixelated view modulator, the optical component that creates the various perspectives for a scene in a light field display. A 3D display that creates four views, for example, would use four of these lenses, each of which converges the light into a unique view.

After showing that the lens achieved high resolution when focusing the red, green and blue light used by LCDs to create images, the researchers incorporated them into a 4-inch prototype 3D light field display with viewing distances between 24 and 90 centimeters.

The display formed a smooth horizontal parallax with a crosstalk below 26% over all viewing distances, which means there were few errors that would cause eye strain or make the image look unrealistic. The display also exhibited a light efficiency that reached 82%, much higher than other similar 3D display systems that have been reported. High light efficiency is important for creating a bright virtual image, especially for applications where power consumption matters such as portable electronics.

Although the prototype exhibited a viewing angle of only 9 degrees, the researchers say this could be enlarged to almost 180 degrees by optimizing the design of the nanostructures used to make the flat lenses. In addition to studying this, they plan to further improve the light efficiency by developing a more sophisticated design algorithm for manipulating the light beam at each pixel. They point out that easier ways to fabricate the nanostructures would also be required for this type of display to be practical to manufacture.