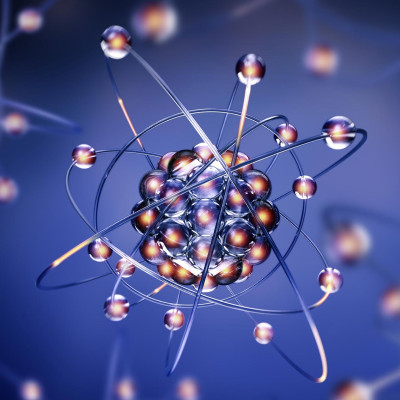 A research group led by Prof. WU Kaifeng from the Dalian Institute of Chemical Physics (DICP) of the Chinese Academy of Sciences (CAS) revealed the mechanism for molecular spin-triplets formation from rapid spin-flip in colloidal nanocrystals and demonstrated its photochemical applications.

Traditionally, semiconductor spin properties are a territory of physics. Recent developments in solution-grown semiconductor materials, such as lead halide perovskites and colloidal nanocrystals, start to include chemists into this game. But the spin relaxation lifetimes of these materials are still too short (typically a few picoseconds at room temperature) for spintronic and quantum information technology applications.

Importantly, however, there is a big field called "molecular photochemistry" that is particularly fond of spin-relaxed molecular triplet states. Photochemists have spent a lot of efforts in the synthesis of special molecules called sensitizers that can produce triplets upon photoexcitation.

The study was published in Chem on March 24.

"We realized that the short spin lifetimes recently measured in colloidal nanocrystals should instead find immediate applications in molecular photochemistry," said Prof. WU.

The researchers demonstrated spin-enabled photochemistry using CsPbBr3 nanocrystals surface-anchored with rhodamine B molecules. Using advanced femtosecond laser spectroscopy, they found that excitation of either the nanocrystal or the molecule induced efficient charge separation, and the rapid spin-flip of the carrier inside the nanocrystal enabled the high-yield formation of molecular triplets through charge recombination. In contrast, the conventional mechanism of heavy-atom effect was ruled out for this system.

"This study opens a new avenue for photochemical applications of solution-processed semiconductor materials," said Prof. WU. "It may inspire the use of the spin properties of these low-cost materials in more fields."