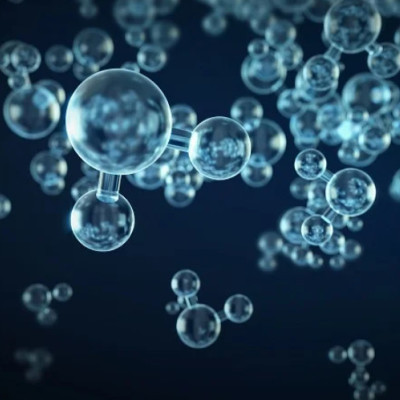 The key to chemical reactions is in the name — there needs to be something that causes the chemicals to react to one another. Called a catalyst, this component induces or speeds up reactions in a controlled manner to produce a desired outcome.

The catalysts used in several industries are often composed of noble metals, which are not efficient enough to compensate for their high cost. To address this issue for the chemical reaction of adding hydrogen, called hydrogenation, to quinoline, a molecule important in pharmaceutical production, researchers based in China have developed a highly effective catalyst comprising synergistic nanoparticles and single atoms of iridium.

They published their approach on March 22 in Nano Research.

“Selective hydrogenation of quinoline and its derivatives to the corresponding products have wide applications in fine chemical and pharmaceutical industry,” said co-corresponding author Changyan Cao, researcher in the Institute of Chemistry, Chinese Academy of Sciences (ICCAS) and University of Chinese Academy of Sciences (UCAS). “Quinolines are an important class of compound for accessing tetrahydroquinoline products that are widely found in drug molecules, but noble metal catalysts are usually needed to produce this reaction. As such, it is highly important to improve the activity and the utilization efficiency of precious metals due to their high price.”

To design such a catalyst, the researchers dispersed single atoms of iridium — the noble metal of highest reported intrinsic activity for hydrogenation of quinoline — and nanoparticles in a carbon support. When quinoline was applied, the reaction proved more efficient than when only iridium atoms or only nanoparticles were used.

“Constructing a synergistic catalyst changes the reaction path to take advantage of single atom sites in activation of substrate and nanoparticles in dissociation of hydrogen,” said co-corresponding author Weiguo Song, professor at ICCAS and UCAS. “All these features together contribute to the much-enhanced hydrogenation performance compared to the counterpart single-atom catalyst and nanoparticle catalyst alone.”

While the developed synergistic catalyst does not erase the need for noble metals, it does reduce the amount needed for a better reaction.

“We proposed and confirmed an efficient strategy to boost the catalytic activity for hydrogenation of quinoline by constructing a synergistic catalyst of iridium single atoms and nanoparticles, solving the activity limitations of single-atom catalysts,” Song said. “Next, we will expand our research to other metal catalysts and hydrogenation reactions to demonstrate the universality of synergist catalysis.”