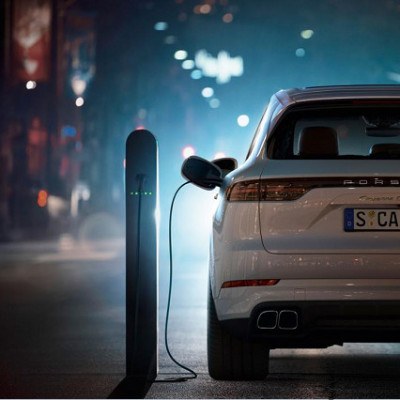 Quantum charging could cut the charging time of electric vehicles from ten hours to three minutes.

Whether it's photovoltaics or fusion, sooner or later, human civilization must turn to renewable energies. This is deemed inevitable considering the ever-growing energy demands of humanity and the finite nature of fossil fuels. As such, much research has been pursued in order to develop alternative sources of energy, most of which utilize electricity as the main energy carrier. The extensive R&D in renewables has been accompanied by gradual societal changes as the world adopted new products and devices running on renewables. The most striking change as of recently is the rapid adoption of electric vehicles. While they were hardly seen on the roads even 10 years ago, now millions of electric cars are being sold annually. The electric car market is one of the most rapidly growing sectors, and it helped propel Elon Musk to become the wealthiest man in the world.

Unlike traditional cars which derive energy from the combustion of hydrocarbon fuels, electric vehicles rely on batteries as the storage medium for their energy. For a long time, batteries had far lower energy density than those offered by hydrocarbons, which resulted in very low ranges of early electric vehicles. However, gradual improvement in battery technologies eventually allowed the drive ranges of electric cars to be within acceptable levels in comparison to gasoline-burning cars. It is no understatement that the improvement in battery storage technology was one of the main technical bottlenecks which had to be solved in order to kickstart the current electric vehicle revolution.

However, despite the vast improvements in battery technology, today consumers of electric vehicles face another difficulty – slow battery charging speed. Currently, cars take about 10 hours to fully recharge at home. Even the fastest superchargers at the charging stations require up to 20-40 minutes to fully recharge the vehicles. This creates additional costs and inconvenience to the customers.

To address this problem, scientists looked for answers in the mysterious field of quantum physics. Their search has led to the discovery that quantum technologies may promise new mechanisms to charge batteries at a faster rate. Such concept of “quantum battery” has been first proposed in a seminal paper published by Alicki and Fannes in 2012. It was theorized that quantum resources, such as entanglement, can be used to vastly speed up the battery charging process by charging all cells within the battery simultaneously in a collective manner.

This is particularly exciting as modern large-capacity batteries can contain numerous cells. Such collective charging is not possible in classical batteries, where the cells are charged in parallel independently of one another. The advantage of this collective versus parallel charging can be measured by the ratio called the ‘quantum charging advantage’. Later, around the year 2017, it was noticed that there can be two possible sources behind this quantum advantage – namely ‘global operation’ (in which all the cells talk to all others simultaneously, i.e., “all sitting at one table”) and ‘all-to-all coupling’ (every cell can talk with every other, but a single cell, i.e., “many discussions, but every discussion has only two participants”). However, it is unclear whether both these sources are necessary and whether there are any limits to the charging speed that can be achieved.

Recently, scientists from the Center for Theoretical Physics of Complex Systems within the Institute for Basic Science (IBS) further explored these questions. The paper, which was chosen as an “Editor’s Suggestion” in the journal Physical Review Letters, showed that all-to-all coupling is irrelevant in quantum batteries and that the presence of global operations is the only ingredient in the quantum advantage. The group went further to pinpoint the exact source of this advantage while ruling out any other possibilities and even provided an explicit way of designing such batteries.

In addition, the group was able to precisely quantify how much charging speed can be achieved in this scheme. While the maximum charging speed increases linearly with the number of cells in classical batteries, the study showed that quantum batteries employing global operation can achieve quadratic scaling in charging speed. To illustrate this, we will consider a typical electric vehicle with a battery that contains about 200 cells. Employing this quantum charging would lead to a 200 times speedup over classical batteries, which means that at home charging time would be cut from 10 hours to about 3 minutes. At high-speed charging stations, the charge time would be cut from 30 minutes to mere seconds. 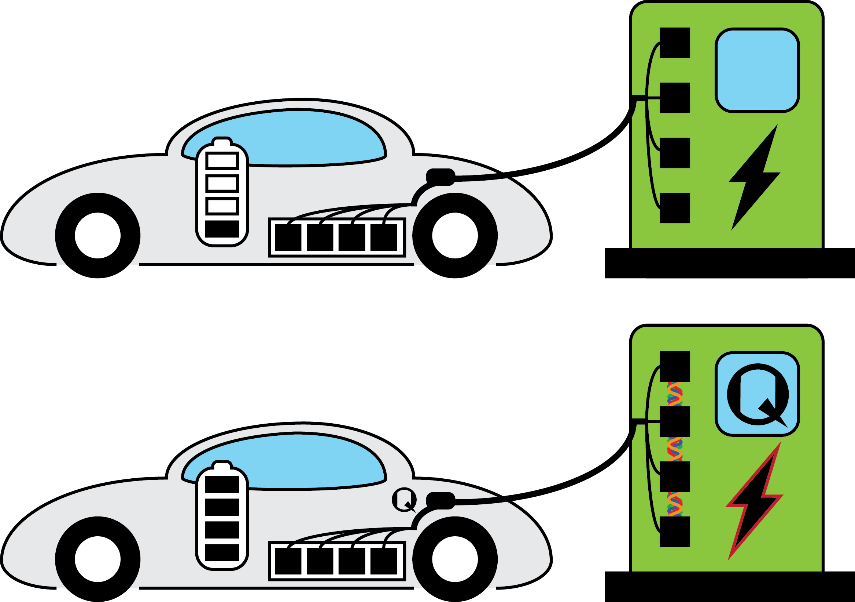 Figure 1. A pictorial illustration of today’s electric vehicle versus the future vehicle based on quantum battery technologies. Employing quantum charging would lead to a 200 times speedup in a typical EV, which means that the charging time would be cut from 10 hours to about 3 minutes (at home), or 30 minutes to 9 seconds at a charging station.

Researchers say that consequences can be far-reaching and that the implications of quantum charging can go well beyond electric cars and consumer electronics. For example, it may find key uses in future fusion power plants, which require large amounts of energy to be charged and discharged in an instant. Of course, quantum technologies are still in their infancy and there is a long way to go before these methods can be implemented in practice. Research findings such as these, however, create a promising direction and can incentivize the funding agencies and businesses to further invest in these technologies. If employed, it is believed that quantum batteries would completely revolutionize the way we use energy and take us a step closer to our sustainable future.