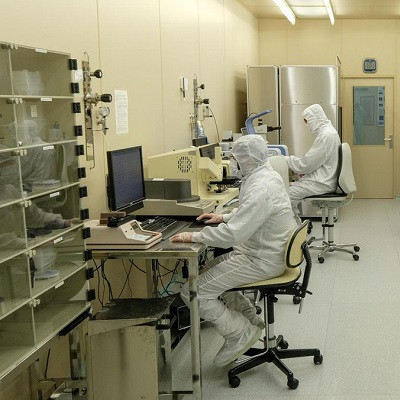 INBRAIN Neuroelectronics is a technology company developing graphene-based applications for neurological diseases founded by researchers from IMB-CNM-CSIC, ICN2 and ICREA who lead some of the research areas of the Graphene Flagship. The agreement paves the way for further development and industrialization of patented technology from CSIC, ICN2, ICREA, CIBERBBN, UAB and IDIBAPS.

The spin-off INBRAIN Neuroelectronics has signed an agreement for the exploitation and development of three patents and a trade secret, mainly held by the Institute of Microelectronics of Barcelona (IMB-CNM) of the Spanish Council for Scientific Research (CSIC), the Catalan Institute of Nanoscience and Nanotechnology (ICN2), the Institució Catalana de Recerca i Estudis Avançats (ICREA) and the Biomedical Research Centre Network CIBER BBN. The Universitat Autónoma de Barcelona (UAB) and the Institut de Investigacions Biomèdiques August Pi i Sunyer (IDIBAPS) are also co-owners of the patents. This is a successful process of technology transfer in a public-private collaboration with multiple research institutions.

Founded in 2019 by researchers from the ICN2, the IMB-CNM-CSIC, and ICREA and led by Dr Carolina Aguilar, former Medtronic European Director, INBRAIN Neuroelectronics was created with the aim of decoding brain signals into medical solutions and developing intelligent neuroelectronic therapies based on graphene technologies, which were initially developed by the ICN2 and the University of Manchester. The company has raised €15.5 million funding from renowned local and European investors, which is a remarkable venture step in the Spanish Medtech area.

The new technologies that have now been transferred are based on the joint work of scientific teams from the different institutions that are co-holders of the patents. The patented technologies include a device that limits current spikes in electrophysiological signal recording instruments, a circuit for multiplexing and readout of variable resistance sensors, and a set of flexible graphene transistor arrays for cortical mapping and data. The company will carry out the development and manufacturing of these components within the ICN2 and the Micro and Nanofabrication Clean Room of the IMB-CNM-CSIC.

"The agreement will allow INBRAIN to clinically translate technology based on graphene transistors, that have demonstrated unique capabilities in recording ultra-slow brain signals," explains Dr Anton Guimerà, researcher at IMB-CNM-CSIC and co-founder of INBRAIN Neuroelectronics. These signals have crucial implications for diseases such as epilepsy and stroke but also overall in brain computer interfacing.

"We hope that this technology will help to better understand neurological diseases and, ultimately, will also help to develop an advanced generation of neuroelectronic therapies to improve their treatment," says ICREA Prof Jose Antonio Garrido, leader of the ICN2 Advanced Electronic Materials and Devices Group and co-founder and scientific director of INBRAIN Neuroelectronics.

The technologies will be manufactured in the Clean Room of the IMB-CNM-CSIC, a Singular Scientific and Technical Infrastructure (ICTS) recognised by the Spanish Ministry of Science and Innovation, thanks to an agreement with the Association of Economic Interest D+T Microelectronics. It is one of the largest Clean Room for scientific research in Southern Europe and develops chips and applications for cutting-edge research in fields such as medicine, neurology and space exploration.

The agreement culminates a successful technology transfer process in a public-private collaboration with multiple organisations, which began within a large European project, Graphene Flagship, and has consolidated at national level with the CIBER-BBN network, and, at regional level, with IMB-CNM-CSIC, ICN2, ICREA, UAB and IDIBAPS.

Read the original article on ICN2.