Decarbonizing with Carbon Nanotubes: The Key to Reaching Net Zero 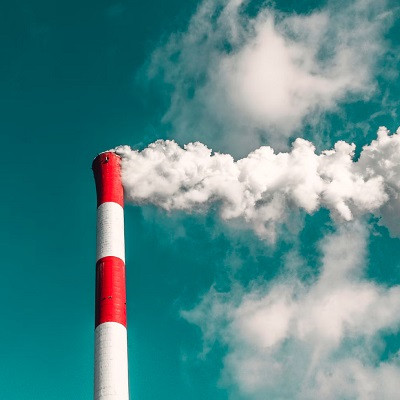 Upstream oil and gas producers can decarbonize their operations at a potentially lower price by partnering with SkyNano and using the emissions to produce carbon nanotubes.

One of the major conflicts holding oil and gas companies back from implementing carbon capture technology within their portfolios has to do with the matter of cost. It’s no secret that, while beneficial for the environment, most carbon capture projects are expensive endeavors. While businesses in the energy sector look to decarbonize, these costly projects more often than not result in net losses.

Enter SkyNano Technologies, a company founded with solving that specific problem in mind.

“We founded the company with the idea of making valuable materials from CO2 that gave a free-market solution to carbon pollution [and] allowed customers to make an economic choice toward a more sustainable but also better material more cost effective with a higher performance than the materials that they were currently buying,” SkyNano co-founder and CEO Anna Douglas told Hart Energy's E&P.

Founded in 2017, customer and federally funded SkyNano strives to find a more productive use for the emissions through the development of carbon nanotubes rather than sequestering captured CO2 underground.

Benefits for oil and gas

The carbon nanotubes can be used to permanently store CO2 in carbon-based every day materials, according to the SkyNano website. Traditionally, carbon nanotubes are primarily used at scale by the defense and aerospace industries, but the company is looking to introduce a lower-priced carbon nanotube product “that is able to displace more conventional carbon additives with enhanced performance and much better sustainability blueprint,” Douglas said.

The biggest appeal for the upstream oil and gas industry specifically comes from the company’s free market solution to capture carbon emissions "without the need to charge oil and gas companies for the service to offtake their CO2," offsetting a hefty economic burden.

“A lot of these major companies are looking at sequestration as their main focus, and it's very costly and it takes a lot of energy, and there's literally like zero economic payback outside of a few federal incentives that really don't offset the entire cost of sequestration,” Douglas said. “This is a net loss for an oil and gas company to decarbonize this way. What's a far better solution for them is just to find a partner who can offtake their CO2 emissions without a cost to them.”

With the core technology based on Douglas’ electrochemical conversion Ph.D. research, the company uses point source capture technology to retrieve carbon emissions from the atmosphere and employs the carbon nanotube technology to create carbon-based materials, a more efficient and potentially less harmful alternative to storing the emissions beneath the surface.

Additionally, while other nanotube technology produces harmful byproducts such as carbon monoxide and pHs, the only byproduct from SkyNano’s technology is oxygen, making it more environmentally friendly than some of its competitors.

“We're differentiated in our synthesis technology,” Douglas said. “The way we're making these materials is just totally different. It's electrochemical liquid phase production in contrast with a thermal chemical gas phase catalytic production, so our technology offers about a 10th of the inner use of conventional nanotube production—no harmful byproducts, which is a big deal in nanotube production.”

While most oil and gas companies are at least experimenting with renewable energy sources, as Douglas explained, “there's really only so far that a lot of companies can go with electrification and renewables.”

The importance of renewables in the sector shouldn’t be underestimated, but since most of the sector has resolved that the solution for the future of energy is a hybrid combination of traditional and renewable energy sources, businesses need ways to offset emissions from their traditional operations. The SkyNano carbon nanotubes provide a solution to dispose of the preexisting emissions already in the atmosphere.

“We see a lot of heavy emitters making commitments toward decarbonization but without really like a clear pathway of exactly how to accomplish those pledges,” Douglas said. “We just see this huge gap that can be filled with point source capture opportunities, so that's really why we've started there.”

Douglas sees point source capture and reallocation of the emissions as not only the most effective method of decarbonization, but also the fastest. Moving closer to 2050 net-zero targets, she encourages the oil and gas sector to partner with companies that can put their unwanted and harmful emissions to good use.

“The traditional methods we've used to decarbonize other industries don't necessarily always work immediately to get to net zero, so I think point source capture is a very important piece of that puzzle,” she added. “[The emissions] will never be remitted, I think, is a very important piece of getting to net zero. It can be used as a puzzle piece in collaboration with some of these other [renewable] efforts.”