Iverson Aims to Advance Study of Nanotubes in Diagnosing Diseases 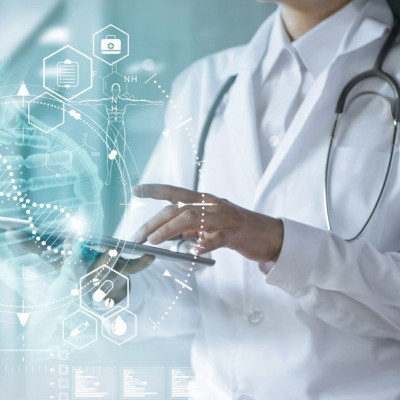 Nicole Iverson’s groundbreaking research into using carbon nanotubes as disease sensors has received a boost from the National Science Foundation.

The assistant professor of biological systems engineering has received a five-year, $550,000 grant from the NSF’s Faculty Early Career Development Program to further her study in using nanotubes to diagnosis diseases such as diabetes and myriad forms of cancer.

Iverson also plans to use the award to expand community outreach to further understanding of her work and make the field of nanoscience more accessible to the general public.

“About 30 years ago, it was unthinkable to many that there was a whole world that exists on a smaller scale than could be seen by a microscope,” Iverson said. “And new technologies can be very much misunderstood. If I can explain nanoscience and this research to people, especially when it’s sometimes counterintuitive to what we know about science, that can open doors in so many directions.”

In developing the innovative sensing platform, a rolled-up sheet of carbon small enough to be considered one-dimensional is wrapped with a DNA strand. The outside is water-attracting and allows the otherwise water-repelling carbon on the inside of the nanotube to remain in a body made up mostly of water.

“It’s actually a ‘turn-off’ sensor, which can be confusing for people,” Iverson said. “It goes back to basic physics and chemistry.

“You excite an electron, and it will hop up to the lowest unoccupied molecular orbit. Then it loses energy and gives off light as it falls back down and decays. With nitric oxide, the electron can’t go up as far, so when it falls back, there’s not enough energy to fluoresce, so it’s turning the sensor off.”

The subtraction of hydrogen peroxide leaves behind nitric oxide, which has been difficult to both detect and measure because it degrades very quickly — typically in less than a millisecond, Iverson said.

When subtracting nitric oxide, by contrast, all that remains is the hydrogen peroxide, which has been difficult to both detect and measure because of the lack of a real-time sensor that is many times smaller than a human cell, Iverson said.

Joseph Stapleton, who was both an undergraduate researcher and graduate student in Iverson’s lab, helped design a platform that allows the technique to find the actual concentration of nitric oxide and hydrogen peroxide with a carbon nanotube.

“It’s the students making some of these advances, and that’s amazing,” Iverson said. “People will be using this platform to develop ways to fight other diseases.”

“Imagine if you could develop an insulin sensor for diabetics that could continuously detect what’s going on in their blood, and it only must be implanted once a year, as opposed to having to prick your finger every day,” Iverson said. “Or if a person living in a rural area had something that alerts their smartphone and tells them to go to a doctor or to the hospital. It could save lives by getting us better information much faster.”

Read the original article on University of Nebraska.