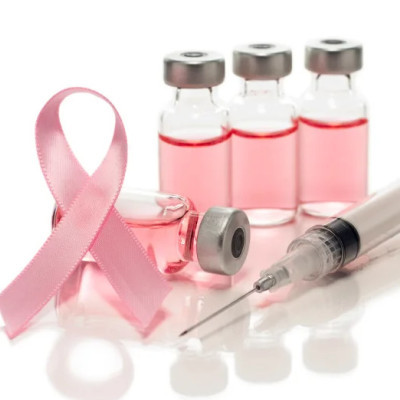 In mice, nanomedicine can remodel the immune microenvironment in lymph node and tumor tissue for long-term remission and lung tumor elimination in this form of metastasized breast cancer.

Research from the University of Michigan Rogel Cancer Center could provide a new approach to treating an aggressive form of breast cancer. 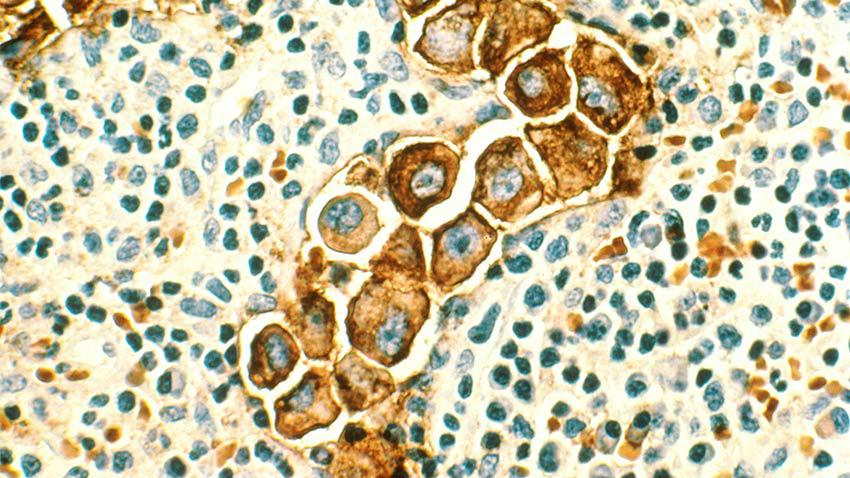 Immunotherapy combined with chemotherapy has been long approved as standard treatment option for triple negative breast cancer but only shows a limited response in patients. Many believe that the tumor immunosuppressive microenvironment is one of the main contributing factors for the poor responses in those with TNBC.

Sun, Charles R. Walgreen Jr. Professor of Pharmacy and Professor of Pharmaceutical Sciences at the U-M College of Pharmacy, says that previously developed immunomodulators work well in animal models, but fail in clinical trials. He and his team wanted to come up with a better approach that would treat TNBC patients long-term that could withstand the rigor of clinical trials. To do this, they had to look beyond just the tumor microenvironment to the lymph nodes.

Sun and his team, with co-senior author Wei Gao, Ph.D., investigated strategies to modulate both the tumor and lymph node microenvironments to improve treatment response. Based on 15 years of experience, Sun knew that one type of nanomedicine could be used to deliver immune modulators to these microenvironments to alter their macrophages—a type of white blood cell of the immune system that combats pathogens, like cancer cells.

Sun’s team treated breast cancer mice models with an albumin nanoparticle, a type of nanomedicine, called Nano-PI, in combination with immunotherapies, to remodel the microenvironment in both lymph nodes and tumors. Nano-PI not only enhanced the delivery of both immunomodulators to lymph nodes and tumors, but also improved the drug accumulation in the macrophages of these two tissues.

“What we found was striking,” Sun said. “If we used this nanoparticle to deliver drugs to modulate the tumor and lymph nodes, we achieved long-term tumor remission and eliminated lung metastases, which we’d never seen before.”

Without Nano-PI, Sun says the drugs worked fine but the results were mediocre. But once they implemented the nanoparticle in this way, the team achieved almost 200 days without the tumor growing back, compared to most mice models where the tumor returns in 90 days.

“It’s not a cure,” Sun quickly added, “but it represents a promising candidate for future clinical trials and gives us indication that maybe we can achieve long-term tumor remission.”

In this study, Sun used different design criteria to develop Nano-PI, which is drug-specific, nanocarrier-specific, target cell-specific, and disease-specific, to deliver drugs into the macrophages of two types of tissues.  Specifically, Nano-PI was able to target M2-macrophages, which are one of the major immunosuppressive factors that require regulation to treat metastatic breast cancer.  The designs shown in Nano-PI suggest the possibility of enhanced immunotherapy efficacy to achieve long-term complete tumor remission that may have better clinical translation in patients with TNBC.

Sun says that nanomedicine in general has not been very successful in cancer treatment, largely due to poor clinical translation from preclinical models to cancer patients. But in this study, Sun and his team found a possible way to increase the efficacy of this nanotechnology.

“Our findings suggest that maybe the previous nanomedicine design principles themselves are wrong.”

Sun and his team used new design criteria for nanomedicine that was drug-specific, meaning it must be used to overcome a specific problem in a specific setting.

“You cannot have universal nanomedicine to do universal tasks,” Sun said. “It cannot solve all problems for all drugs. The old design principle sees nanomedicine as universal, but that doesn’t succeed when translated from mice models to clinical trials. We’re finding that it must be drug specific, nanocarrier specific, cell type specific. Each nanocarrier will have its own property and can only do certain things to achieve efficacy for patients.

To further test this new philosophy, and to continue to explore the efficacy of targeting lymph nodes and tumors simultaneously, Sun hopes these findings can move toward clinical trial.

“The technology is mature enough that we can manufacture this nanomedicine that would deliver drugs to see if it will translate to human trial and really achieve long-term remission.”


Read the original article on University of Michigan.